You've got places to go, stuff to do. While taxis and car service might work for some -- to say nothing of those de rigueur pedicabs and Central Park carriage rides for tourists -- you won't feel the pulse of New York without going underground. If all you ever ride are the rush hours, here's some news: There's more going on down there beyond the silent crush of your fellow straphangers' backsides. Have MetroCard, will travel. 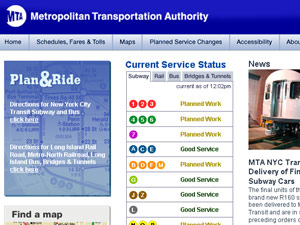 The newly redesigned Metropolitan Transportation Authority Web site (http://www.mta.info) covers a ton of useful info from official authority, but check out SubwayBlogger.com (http://subwayblogger.com/ or tweets at http://twitter.com/subwayblogger) for gripes, rumors and the occasionally brilliant bit of advice. Come here to rub salt into eastsiders' wounds about that "any-year-now" second line.

Curious to watch the best and worst the subway has to offer? Check out the People of Public Transit (http://www.peopleofpublictransit.com/tag/nyc-new-york-usa/) for scenes ranging from the scary to the sublime. (The site covers several cities, but you can focus in on just New York.) 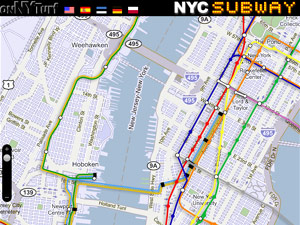 While sites like HopStop (http://www.hopstop.com/New_York_City/) or onNYTurf (http://www.onnyturf.com/subway/) plot you from Point A to Point B, you really rather need the system in the palm of your hand. Plenty of mobile apps to navigate the NYC system are available for your smartphone, but look for those that update service delays and route advisories in real-time. HopStop's app is good, as is Magnetism's CityTransit (http://magnetismstudios.com/CityTransit), or the augmented reality of Acrossair's New York Nearest Subway (http://www.acrossair.com/). Exit Strategy NYC (http://www.exitstrategynyc.com/) goes into even further detail, telling you which specific car on the train you should use. There's no wi-fi yet available once you're into the underground system, so check first your app before going through the turnstile. 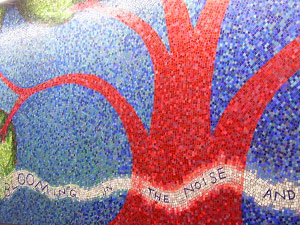 Along the way, some stations may appeal as destinations in and of themselves. NYCSubway.org's Art Guide (http://www.nycsubway.org/perl/artwork) provides a station-by-station gallery of works created by more than 200 artists. For example, check out Elizabeth Murray's Blooming, displayed at the Lexington Avenue/59th Street station, or Tom Otterness' playful ode to capitalism (complete with bronze alligators from the sewers) found at the 14th Street subway station in Chelsea. 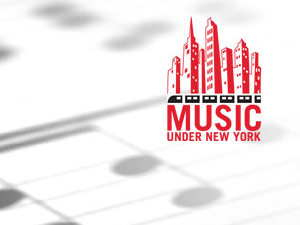 And then there's the music: MTA's Music Under New York program enlists more than 350 musical artists and groups drawn from classical, jazz, blues, folk and other styles to play in stations all over the city. Commuters can find out who is playing where on the MTA's website at http://www.mta.info/mta/aft/muny/. From the sounds of Sengalese kora to Chinese dulcimers, or Aboriginal didgeridoos to Flamenco guitars, the acoustics of tiled stations create some neat effects. It's all free, although donations are welcome and often you can pick up a performers' CD for $5 or $10. Caution: Those guys with acoustic guitars actually sneaking into the trains to perform and beg for cash between stops aren't part of the program.