MINEOLA, N.Y. (CBSNewYork) -- On Long Island, two key races are being decided in Nassau County, and one is too close to call.

In the race for Nassau County executive, Republican Bruce Blakeman is leading Democratic incumbent Laura Curran. As of 1:28 a.m. Wednesday, Blakeman was ahead 52.28% to 47.72%, with 92% of the votes tallied.

"We went against a very popular, well funding incumbent, and we're in a great position right now. I think that the people have spoken, with respect to how they feel about law and order, with Anne Donnelly winning" he told his supporters. "Soon their voices will be heard about fixing the re-assessment. Thank you and God bless you all."

"There are many thousands of absentee ballots that still must be counted – with more coming in. This is not over and we must trust the process. Every Nassau resident who participated in this election is owed the opportunity to have their voice heard. I have faith in Nassau County and the good work we have accomplished over the last four years. The residents of Nassau have taught a masterclass in resilience, and I have plenty in reserve. We may not know the winner of this election, but I do know one thing – tomorrow, we get right back to work delivering for the incredible residents of Nassau County." 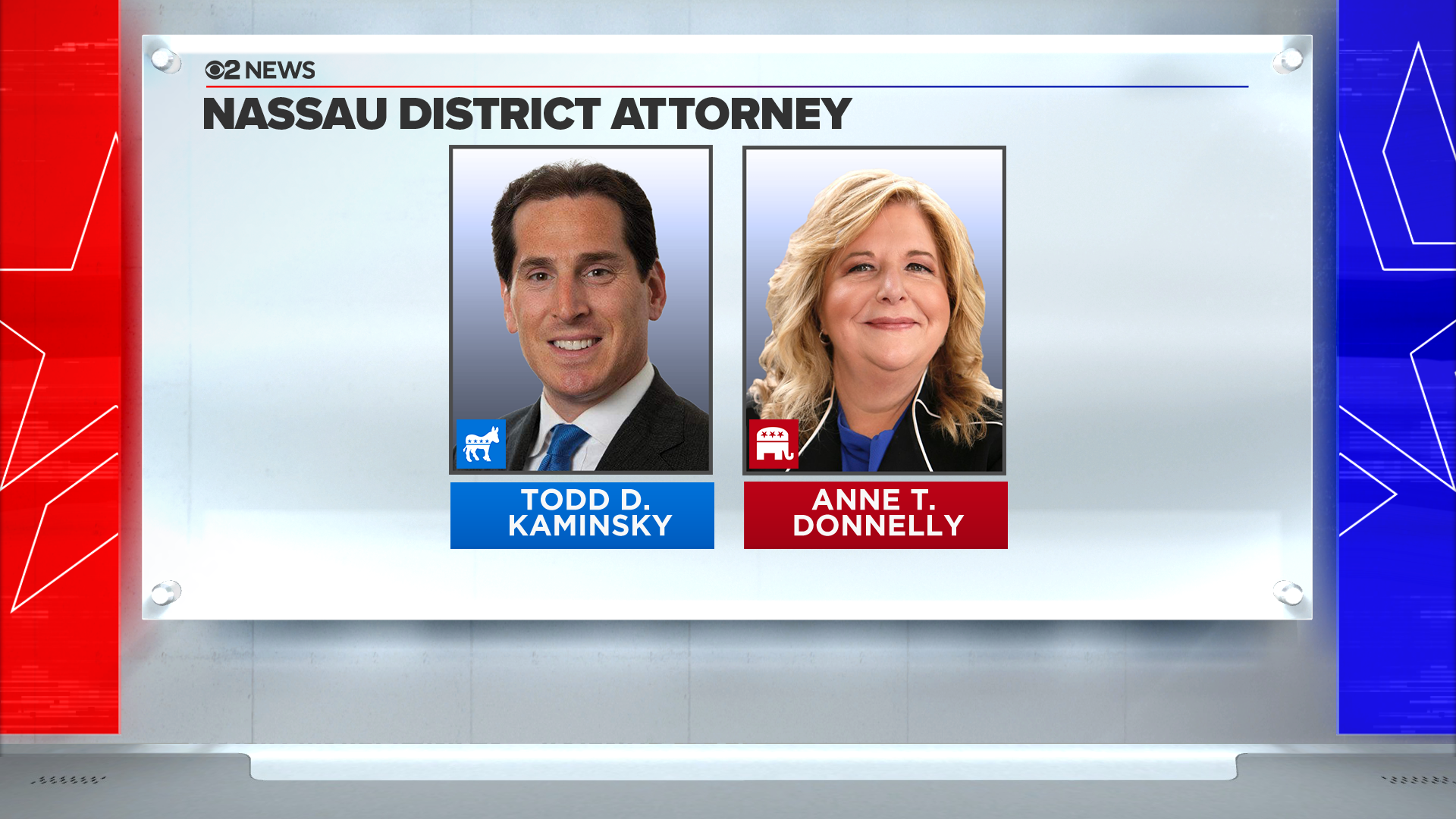 Acting District Attorney Joyce A. Smith released a statement early Wednesday saying, "District Attorney-Elect Anne Donnelly has served the people of Nassau County for decades. She knows this office well and I congratulate her on her victory. I look forward to working with her to ensure an orderly transition and have confidence that Nassau will remain America's safest county."

The dominant issue in that race was the state's new bail laws.

"He certainly voted for it and he certainly supported it," Donnelly said.

A career prosecutor, Donnelly is blaming her opponent.

"It's completely false. I was not the author of the bail reform law," Kaminsky said.

In fact, his supporters say Kaminsky pushed back to make the law more reasonable.

All 19 seats in Nassau's Legislature and all 18 in Suffolk County are also up for election.