Here's what to expect and when: 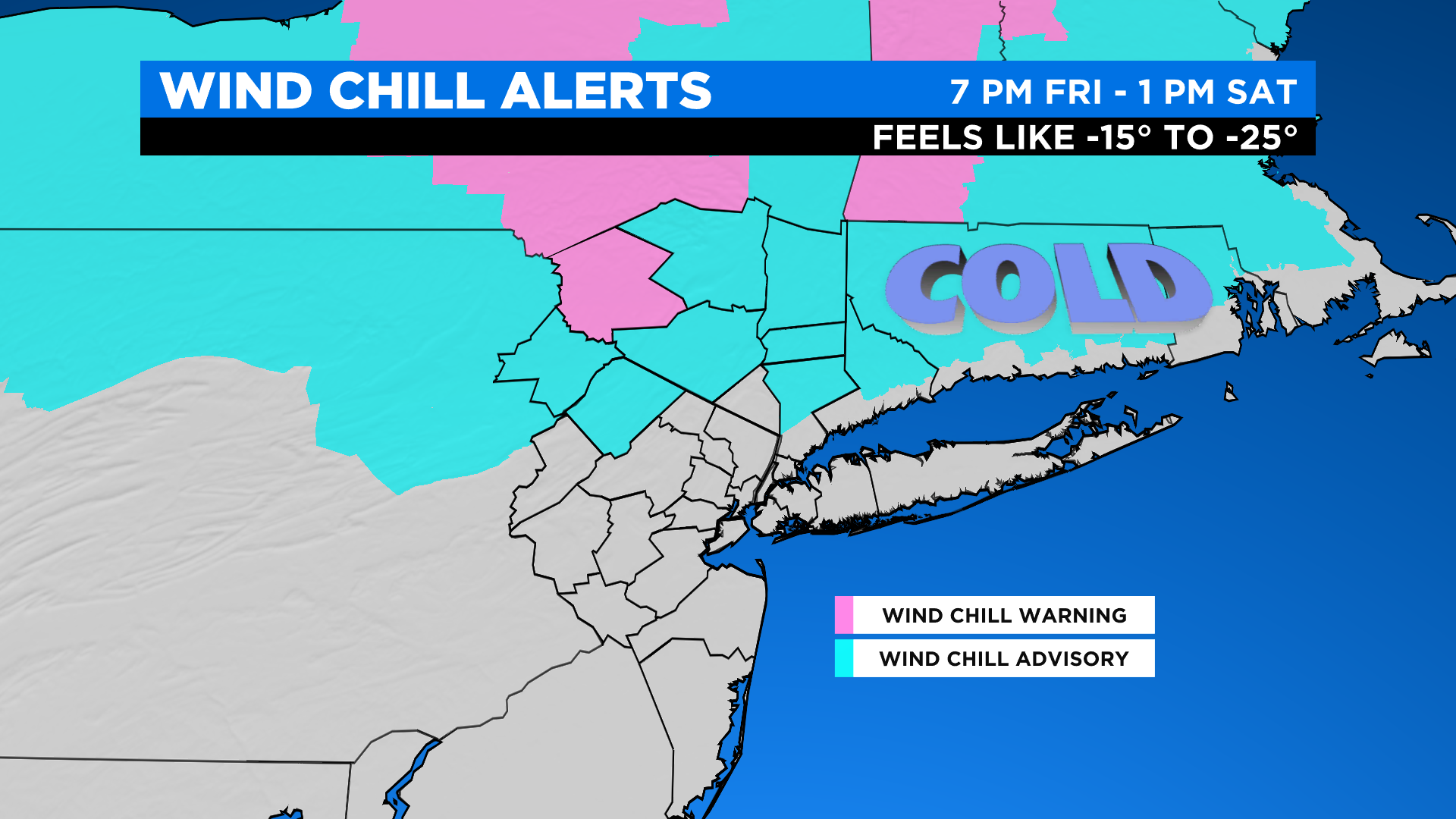 FRIDAY NIGHT: Temperatures will plummet into the teens and single digits across the area with winds still gusting 30-40 mph. Wind chills in and around the city will range from 0 to -10 and N&W they will range from -10 to -25. That said, the National Weather Service has issued wind chill advisories and wind chill warnings for our northwest suburbs. 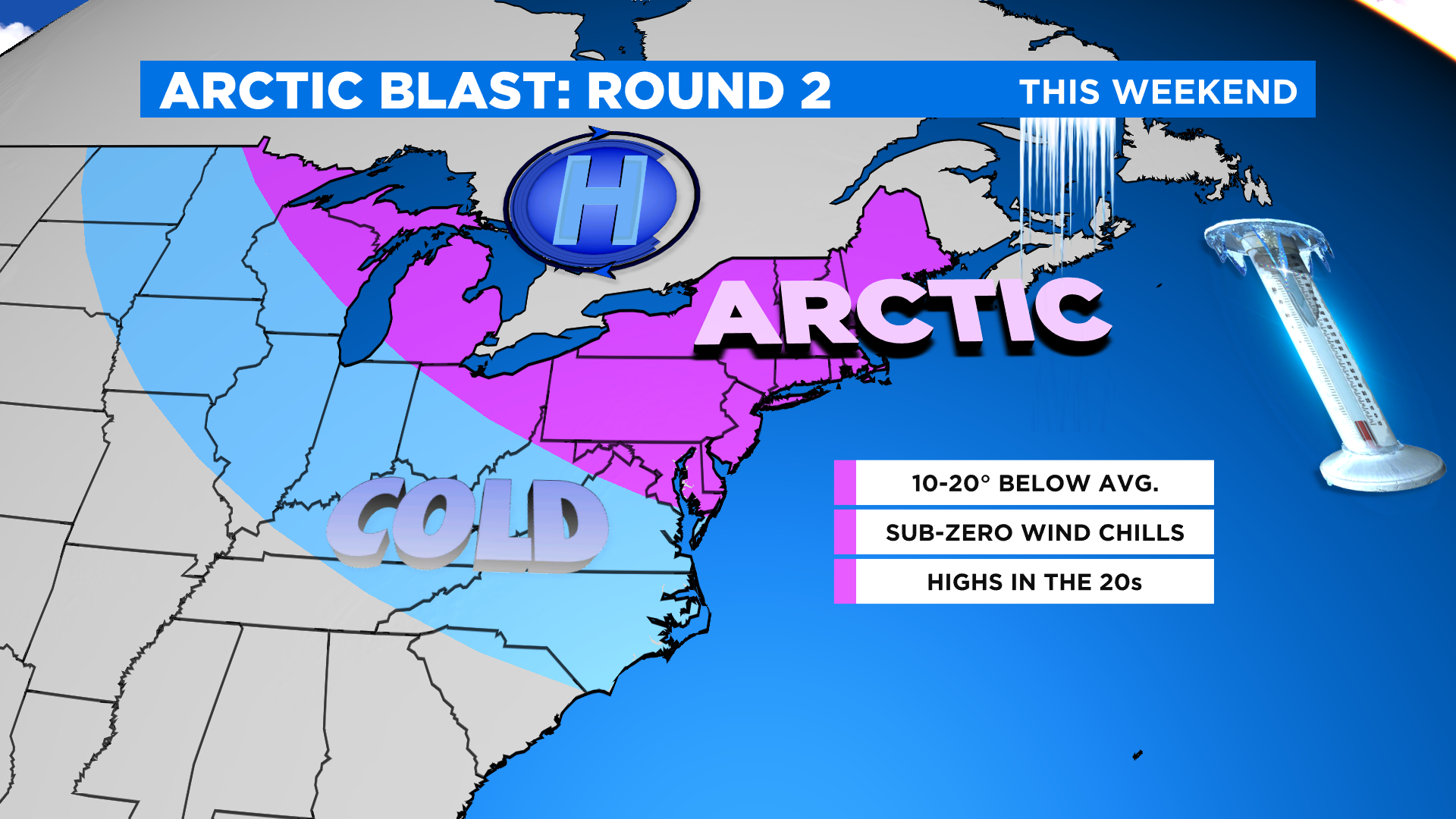 SATURDAY MORNING: Bitterly cold air will be in place with a lingering breeze. That said, high temperatures will only be in the teens and low 20s, but because of the wind it will only feel like the single digits and perhaps the teens in the warmest spots. 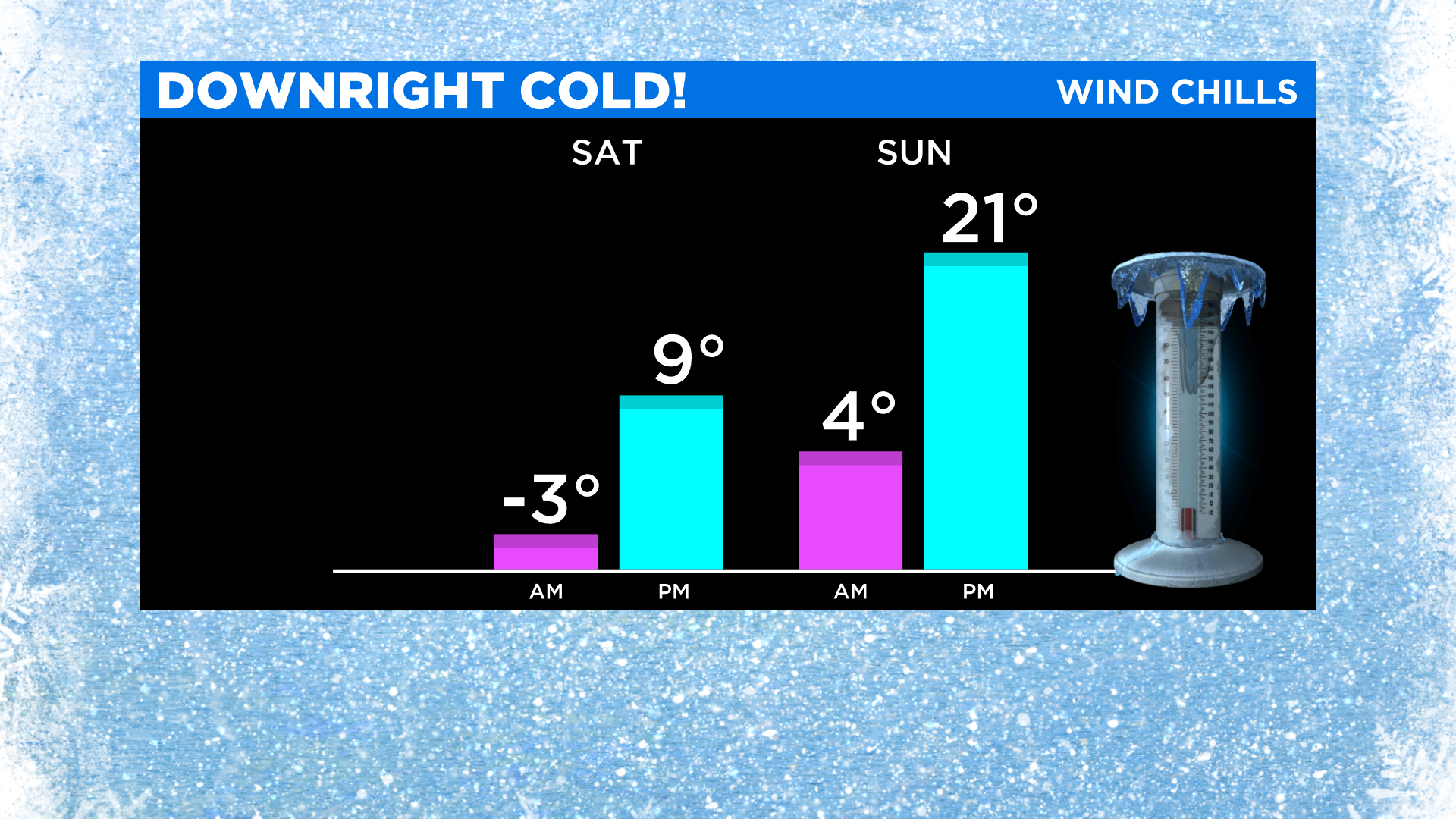 SATURDAY NIGHT: It will be another frigid night, but thankfully the winds will relax. Expect widespread lows in the teens and single digits with perhaps some sub-zero air temperatures and wind chills N&W. 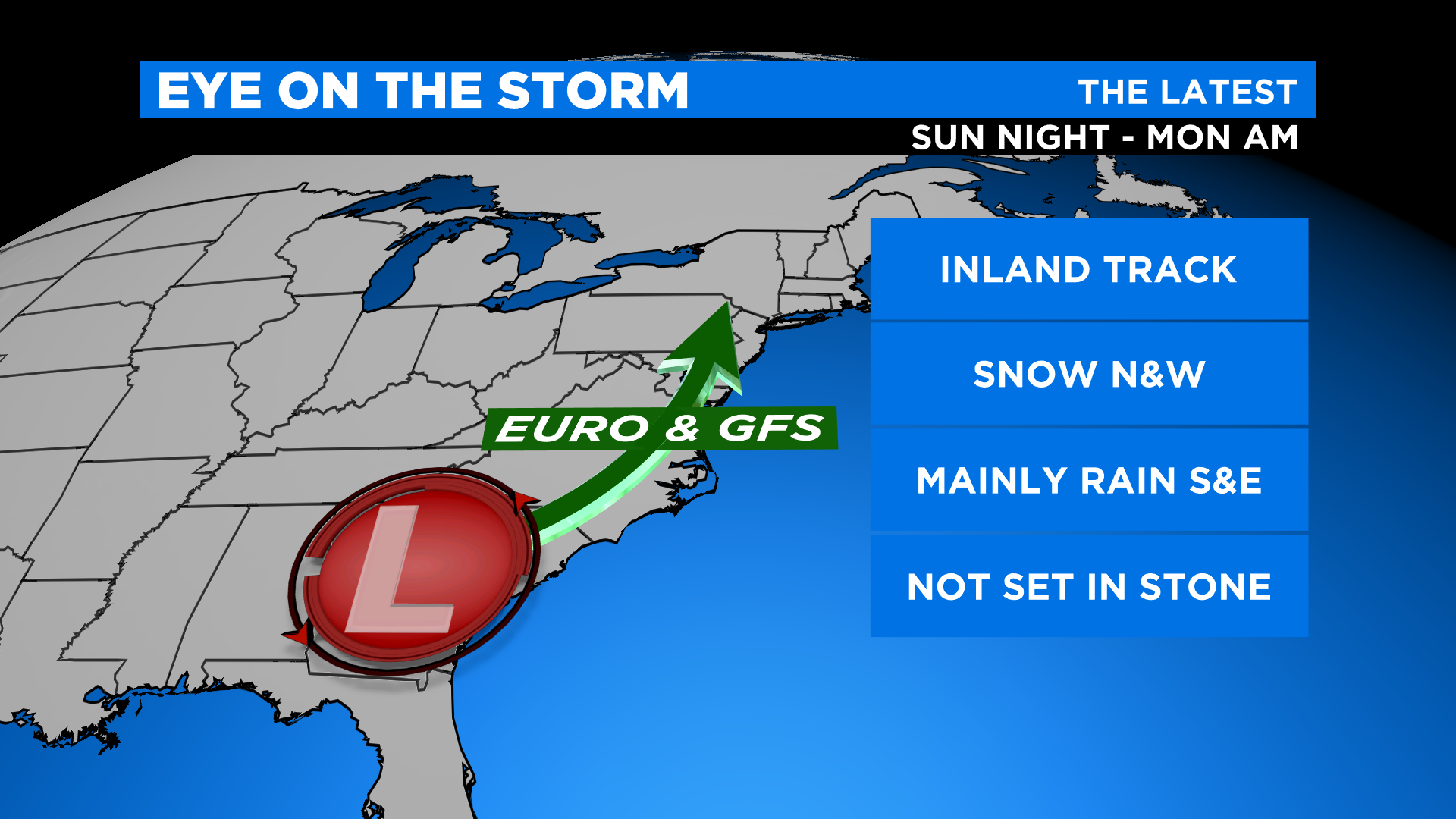 SUNDAY MORNING: It will remain very cold, but temperatures will actually make a run for the freezing mark late in the day. And with the wind still somewhat absent, it will feel like the teens and 20s into the afternoon. 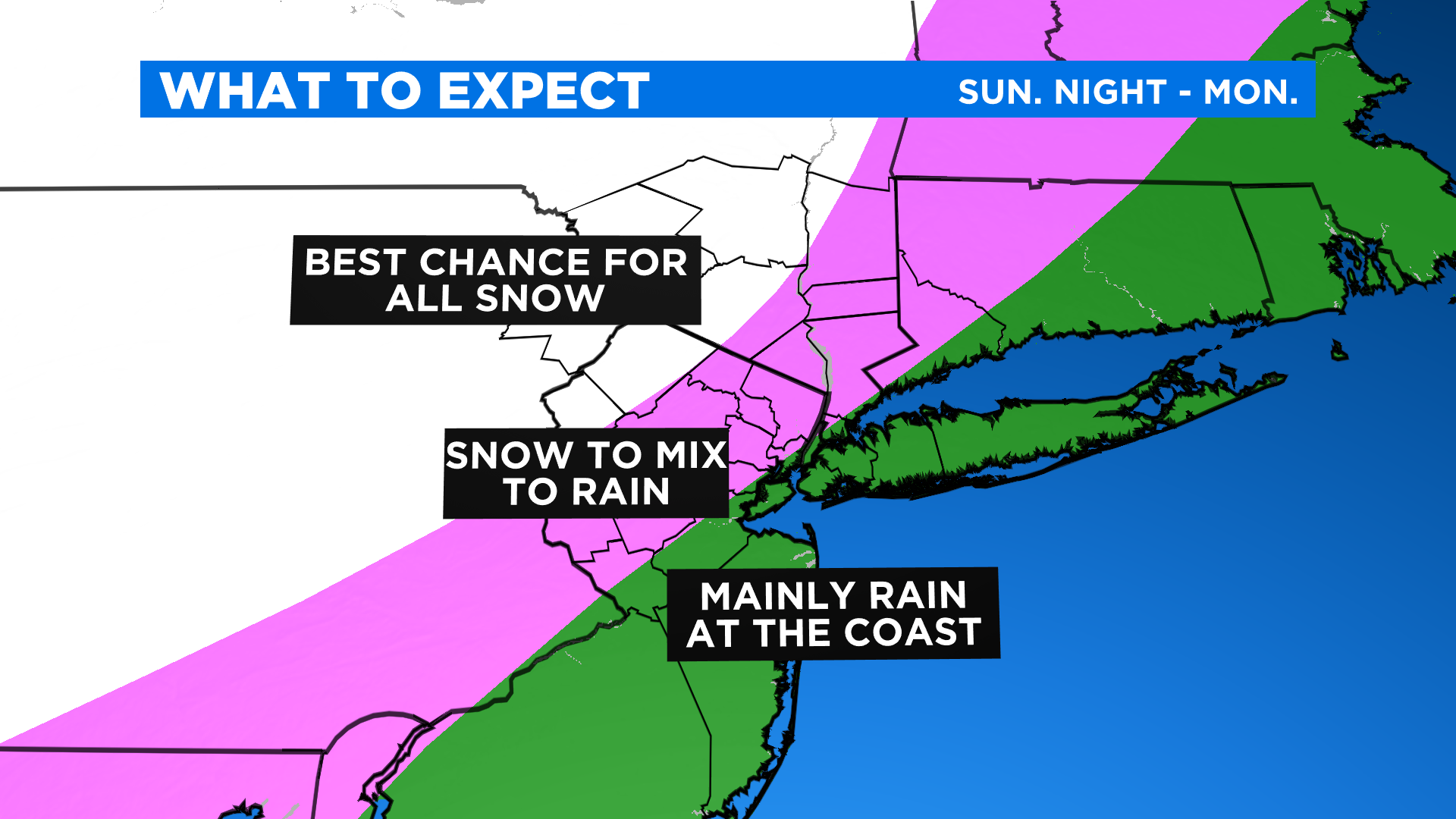 SUNDAY NIGHT: Precipitation will arrive in southern areas by or after 5 p.m. and move into the city by 7-8 p.m. Models continue to show a track just inland, ultimately putting us on the warm side of the system.

This means areas south and east of the city will see mainly rain. For all of the boroughs, a brief period of snow is expected Sunday night mixing with and changing to all rain between 10 p.m. and 12 a.m. Monday.

Areas north and west will see a longer period of snow, eventually even mixing and going over to mostly rain there as well.

Sussex County up into Orange and the SUDs could experience a mainly snow event. A Winter Storm Watch has been issued for those spots where 6 inches or more of snow is possible.

The city will likely see a quick coating to an inch before the changeover quickly washes it away.

On average, north and west will likely see 2-5 inches before any rain. 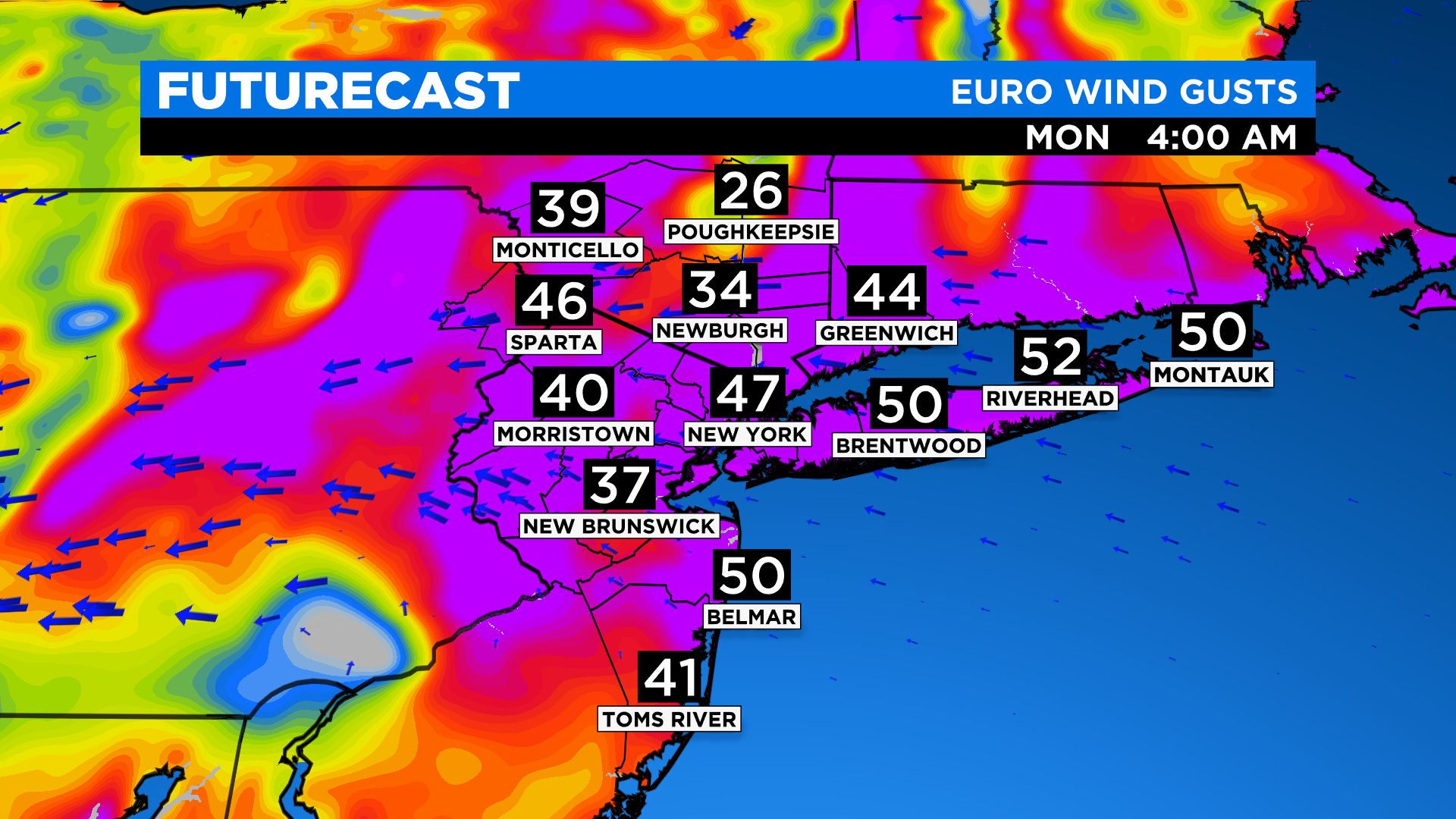 MONDAY MORNING: The rain early Monday morning will be heavy. The area will pick up 1-1.5 inches on average. Winds gusts of 45-55-plus mph will be possible, which could bring down tree branches and cause isolated power outages and power damage. Strong onshore winds will also introduce potential coastal flooding, especially since we'll already have astronomically higher tides with the full moon. A Coastal Flood Watch has been issued for moderate to locally major flooding of vulnerable areas along the shoreline, mainly during the Monday morning high tides. Waves of 4-6 feet can also result in some beach erosion.