Brown is best known for his role as Dan Dority, the often-dopey sidekick to bar owner Al Swearengen in Deadwood, the (awesome) HBO TV series about the settling of the Old West.

Miranda talked about her two guest stars in a press statement this week. "Danica was the person I thought of immediately when I envisioned the video," which makes sense, as she's considered the most successful female driver in open-wheeled racing.

Earl, Miranda says, "is a true character, and he brings so much charisma and authenticity to his scenes."

Brown is no stranger to country music, by the way. He's also in a band called Sacred Cowboys. 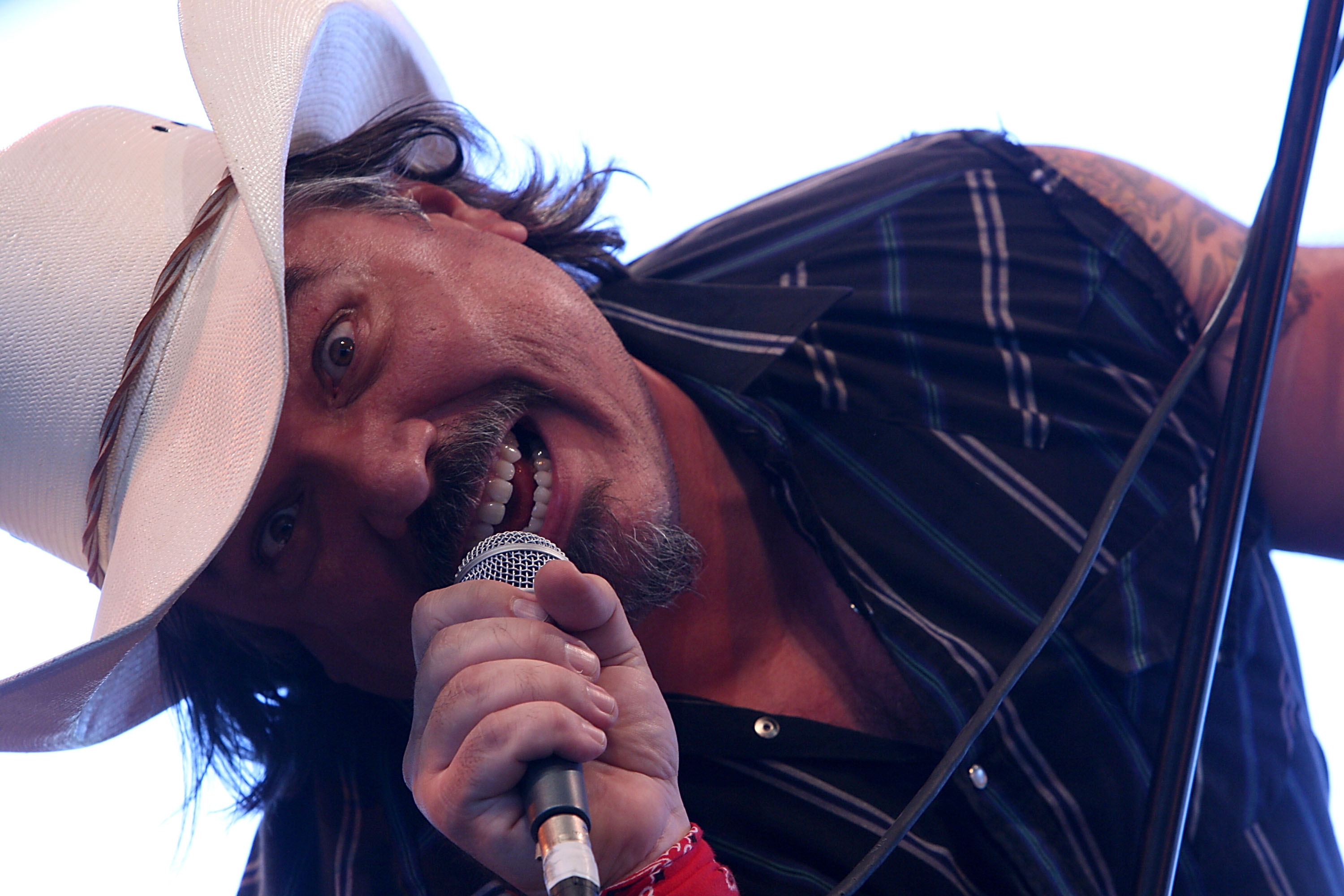 W. Earl Brown performing at Stagecoach with the Sacred Cowboys in 2009 (Photo by Frazer Harrison/Getty Images)

Another country music connection is Bloodworth. Brown wrote, produced, and acted in that feature film, which also stars Kris Kristofferson and Dwight Yoakam.

There's been tremendous build-up for the release of "Fastest Girl," and so it's not surprising that Miranda also noted it's not just a standard-issue 'music video' but more of what she called a "mini-movie."

Is this a new trend in country music video making? Eric Church, for instance, also recently unveiled his own "mini-movie." Titled Mixtape, it was a 30-minute narrative short film inspired by his song "Springsteen" (and featuring the same characters and locations).

Unlike Church's video, though, Miranda won't sing in "Fastest Girl," and instead will focus on performing. "I really get to act in the video," she says.

That's a statement that can't help but lead to further speculation: is acting on the horizon for Miranda Lambert? She has, after all, already been a guest actor in an episode of Law and Order: SVU.

Miranda Lambert is currently on "vocal rest" but, if all goes well she should be back on the road very soon.

I can't wait to get back on the road and I know I'll be well rested and better than ever. Love you all and thanks for your support! Rock on! — Miranda Lambert (@Miranda_Lambert) July 11, 2012

"Fastest Girl in Town" was directed by Trey Fanjoy and is set for release later this summer.