NEW YORK (CBSNewYork) - We are expecting significant snowfall Thursday night through midday Friday. We're not expecting a huge amount of snow, though, and the most serious impact will be during the morning commute.

Here's what to expect and when. 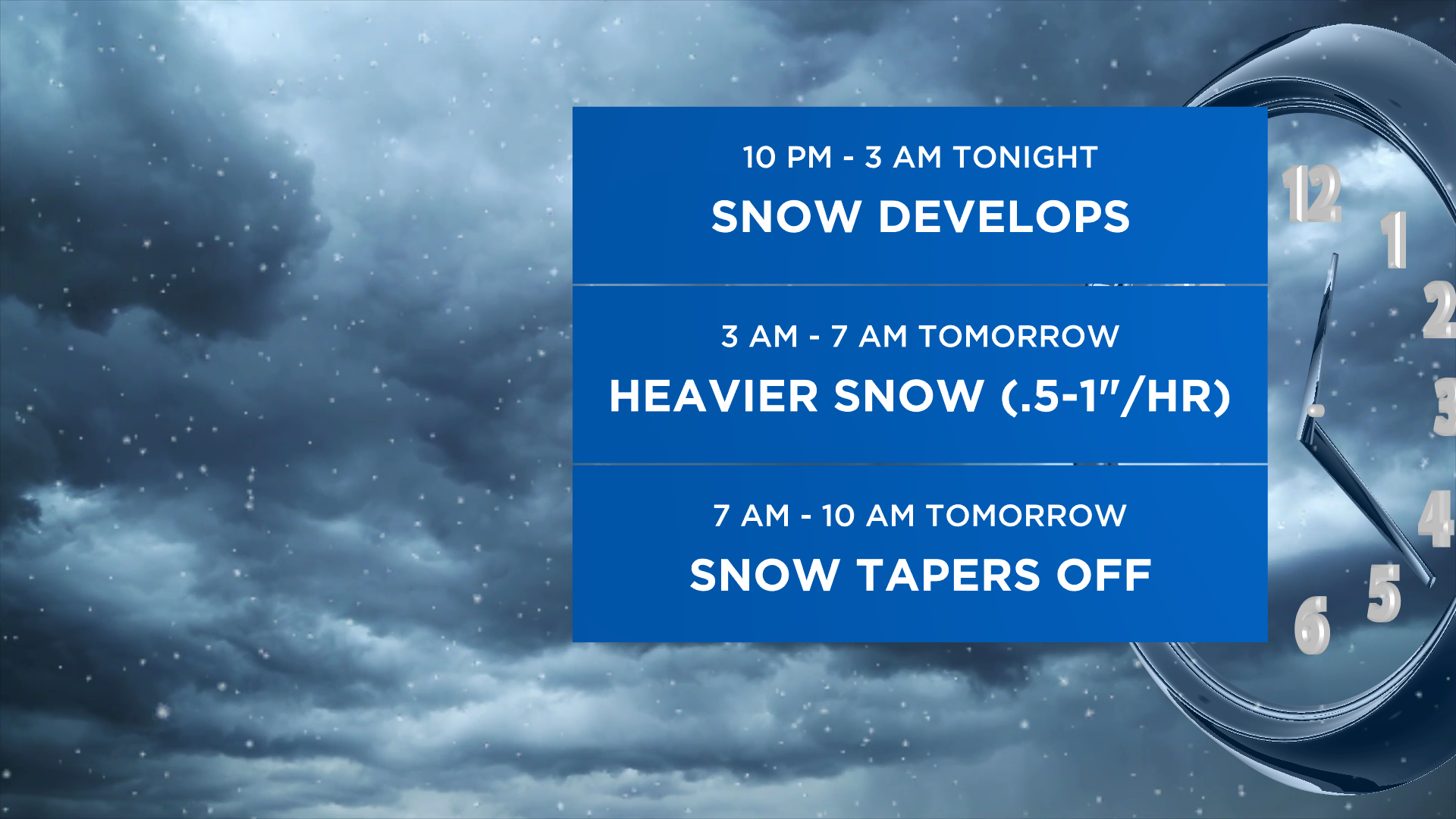 Expect some flakes in western and northern areas as early as 10 p.m. Thursday, with snow fall rates increasing as the storms strengthens offshore overnight. Light snow develops inland and gradually spreads into the city and across most of our eastern suburbs. Light accumulations are expected. On the ground: <1" 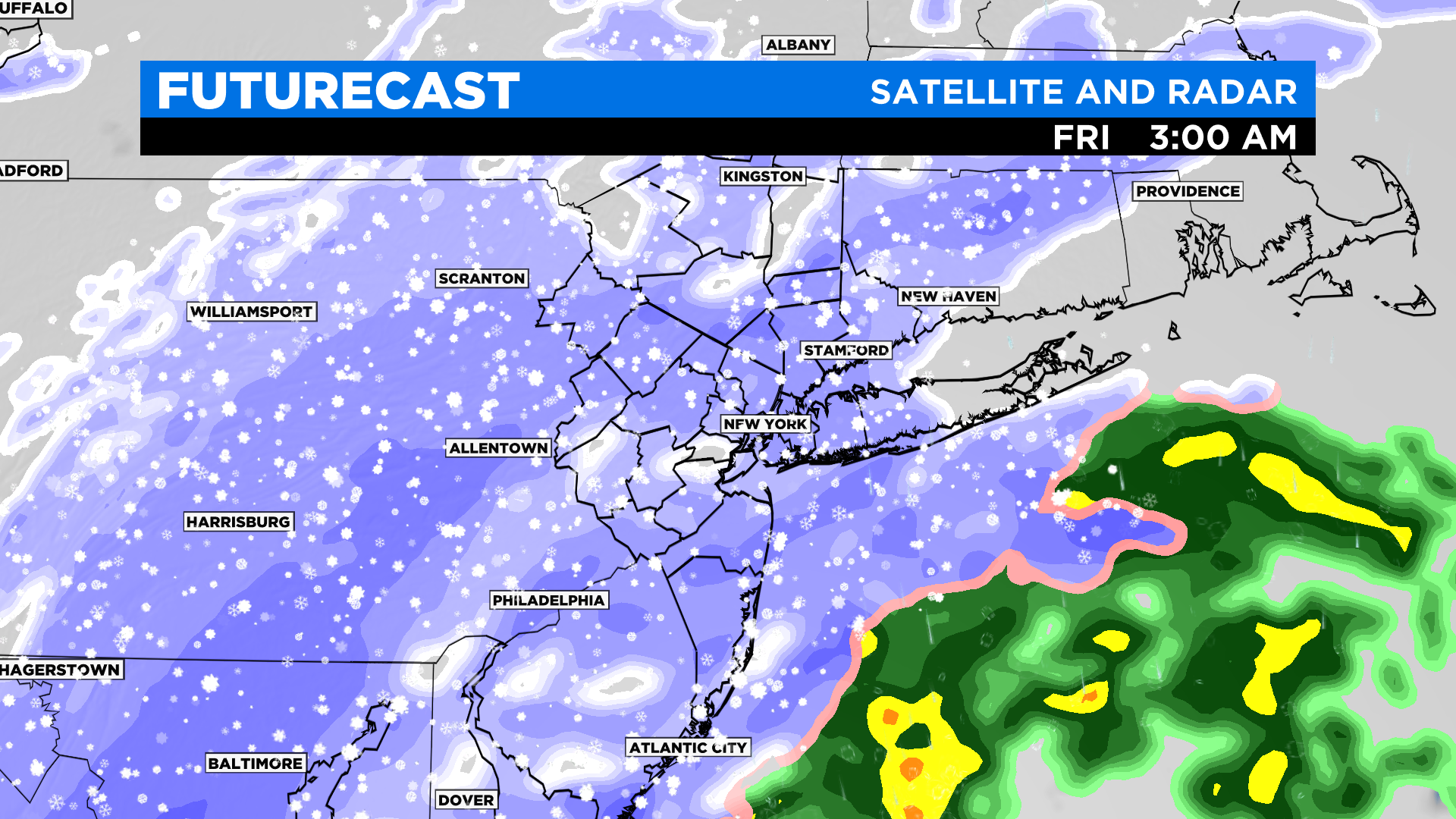 By 3 a.m. Friday, some stronger bands form and will affect the area through 7 a.m. Expect moderate snowfall across much of the area during this period with snowfall rates of .5-1"/hr. Several inches of additional snow are expected during this time.  On the ground: 1-4+" 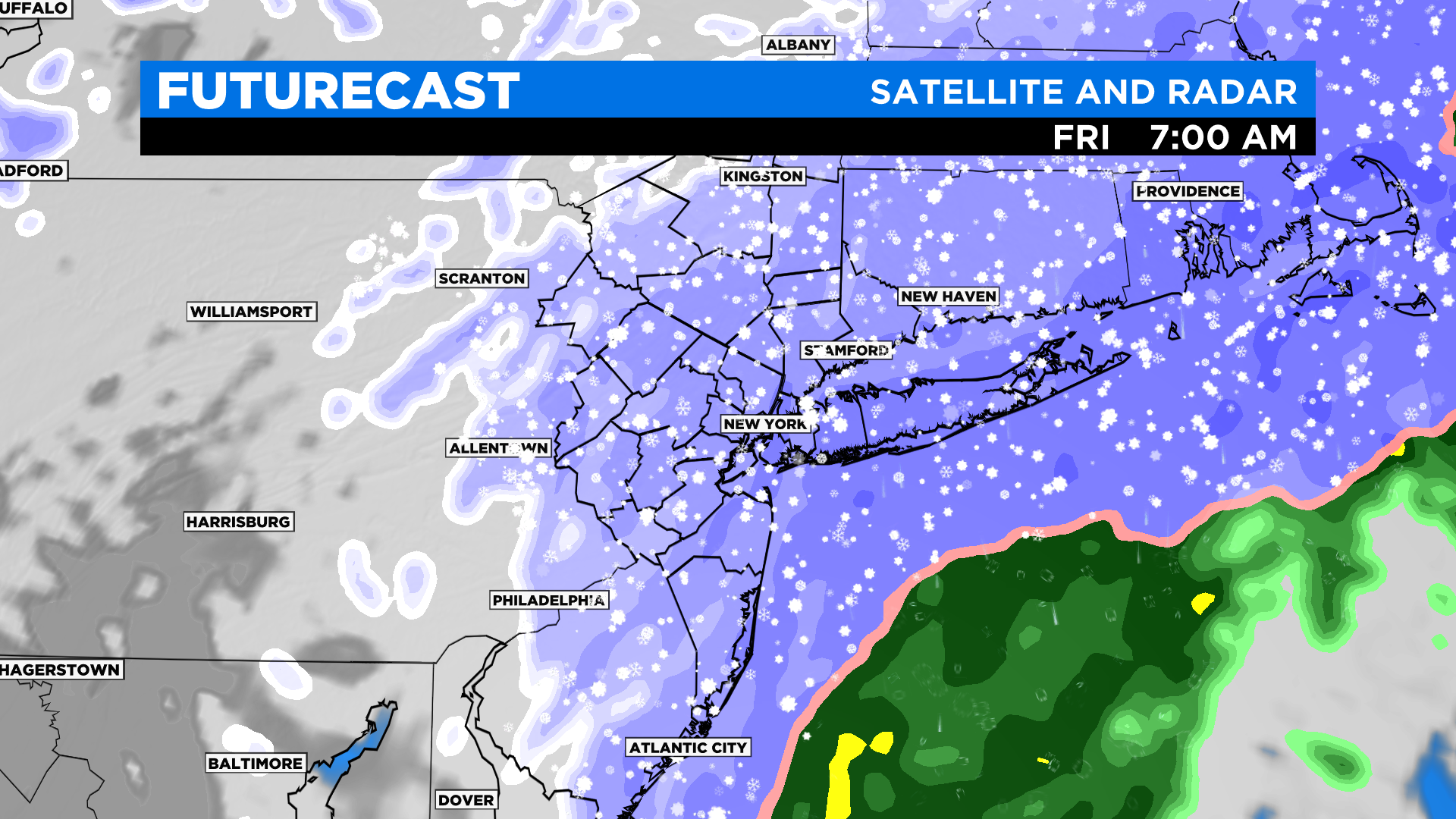 After 7 a.m., the low pushes eastward towards Boston, and we can expect the snow to taper off, with a little clearing by the afternoon. Moderate snow transitions to light snow/flurries before exiting N&E. Additional snowfall during this period will be considerably light. On the ground: 2-5". 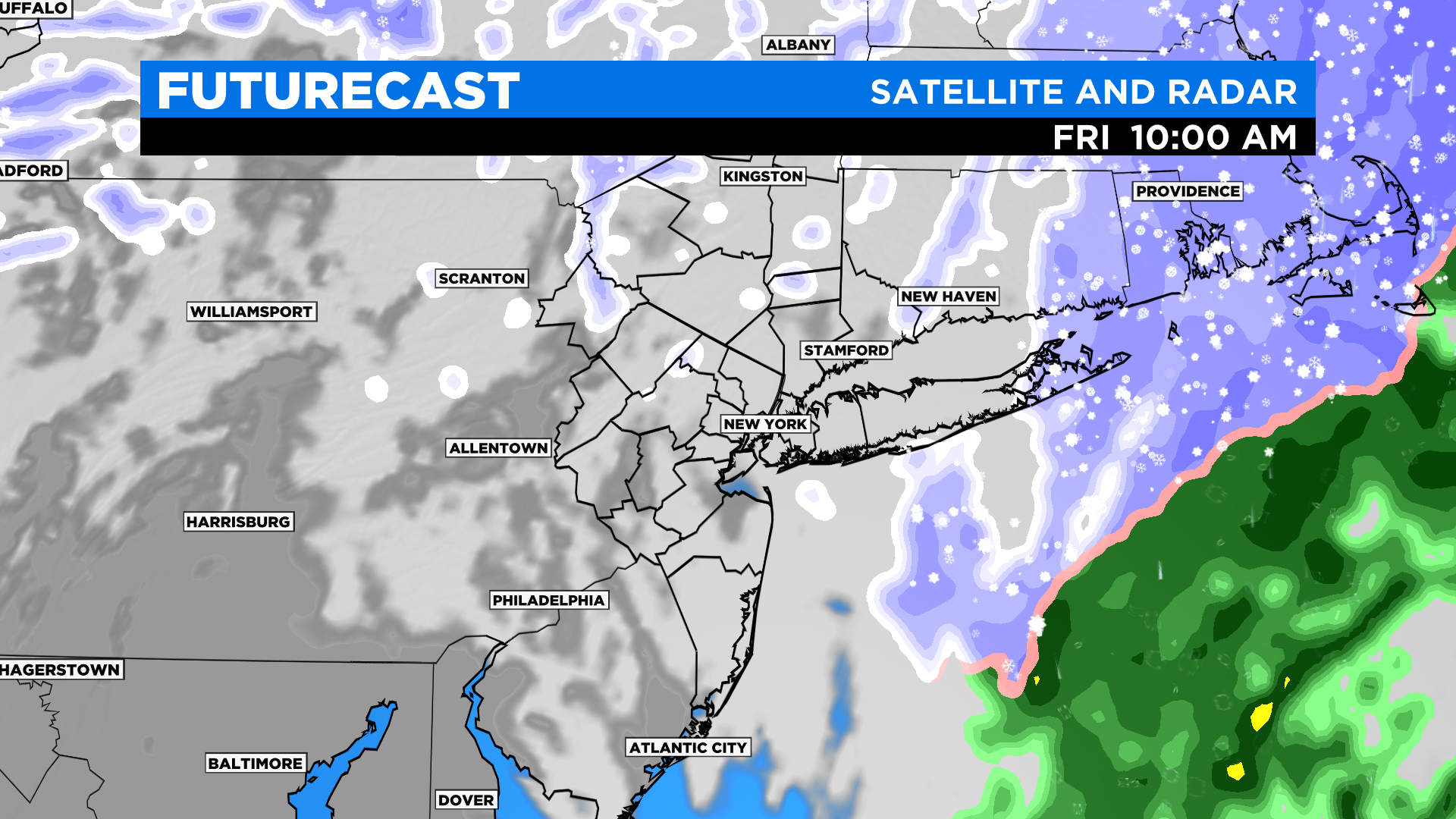 The call for much of us is still 2-5 inches, with a lot of 2-3 inches common. Four inches is more likely along the Jersey Shore (Ocean County and Monmouth) and the Twin Forks (Suffolk) on Long Island. 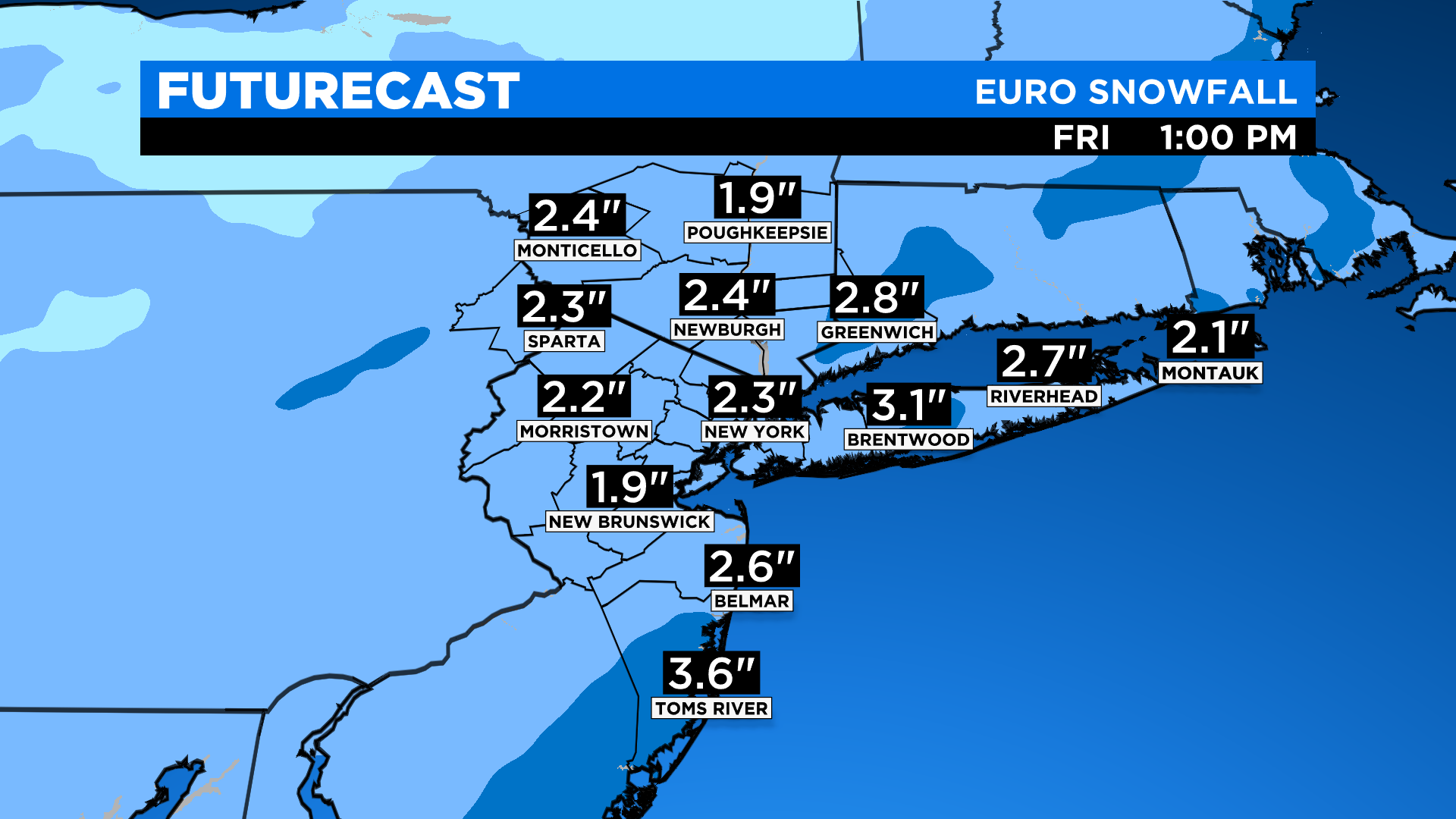 After, the windy and cold conditions really pour in for Saturday. We will wake up in the teens and 20s, but much of the area could feel like the single digits. 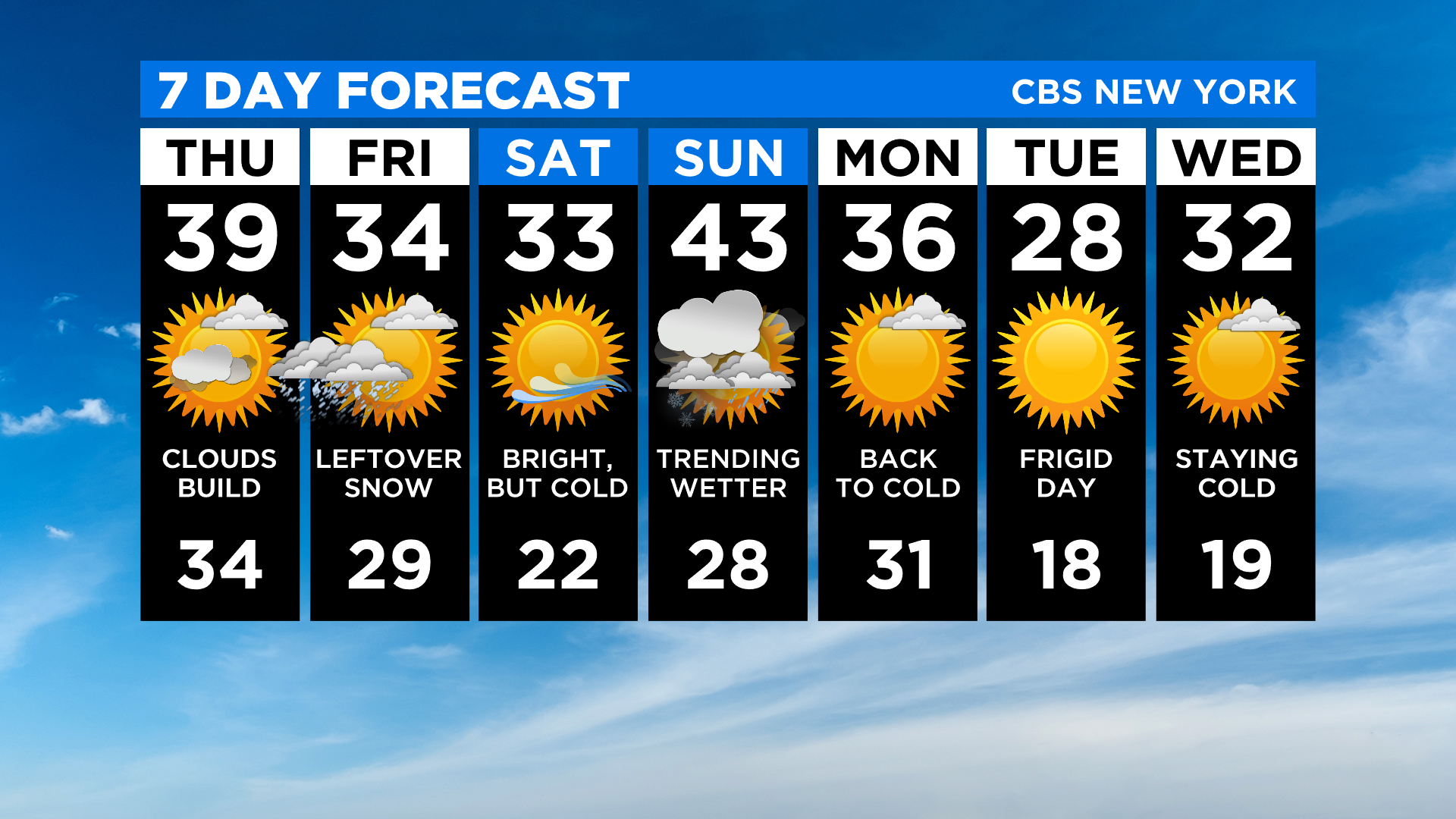 Sunday brings another system that will be cold enough for mixed precipitation initially before turns to mostly rain.

CLICK HERE for the latest weather forecast, advisories and alerts.

Meteorologists Giorgio Panetta and Justin Lewis contributed to this report.