“How you doing? We’re going to start with a song called ‘Eyes Wide Open,’” Gotye said after he casually walked up to the stage at Ed Sullivan Theater Monday night.

On the track his soaring and ethereal vocals echoed throughout the venue. Soon after, wavering steel guitar and a steady drum beat accompanied as imagery of sunsets appeared in the background during his streamed Live On Letterman broadcast. Alternating between singing and hitting the drum kit, during the show Gotye demonstrated his apt multitasking skills.

Next track, the energetic “The Only Way” dramatically switched gears. The song kicked off with hand-clapped rhythms and Gotye beating on drums while looping in his percussion and vocals. His whispered singing style mid-track alongside the atmospheric music impressed through the instrumental breakdown which embodied a slight country vibe. 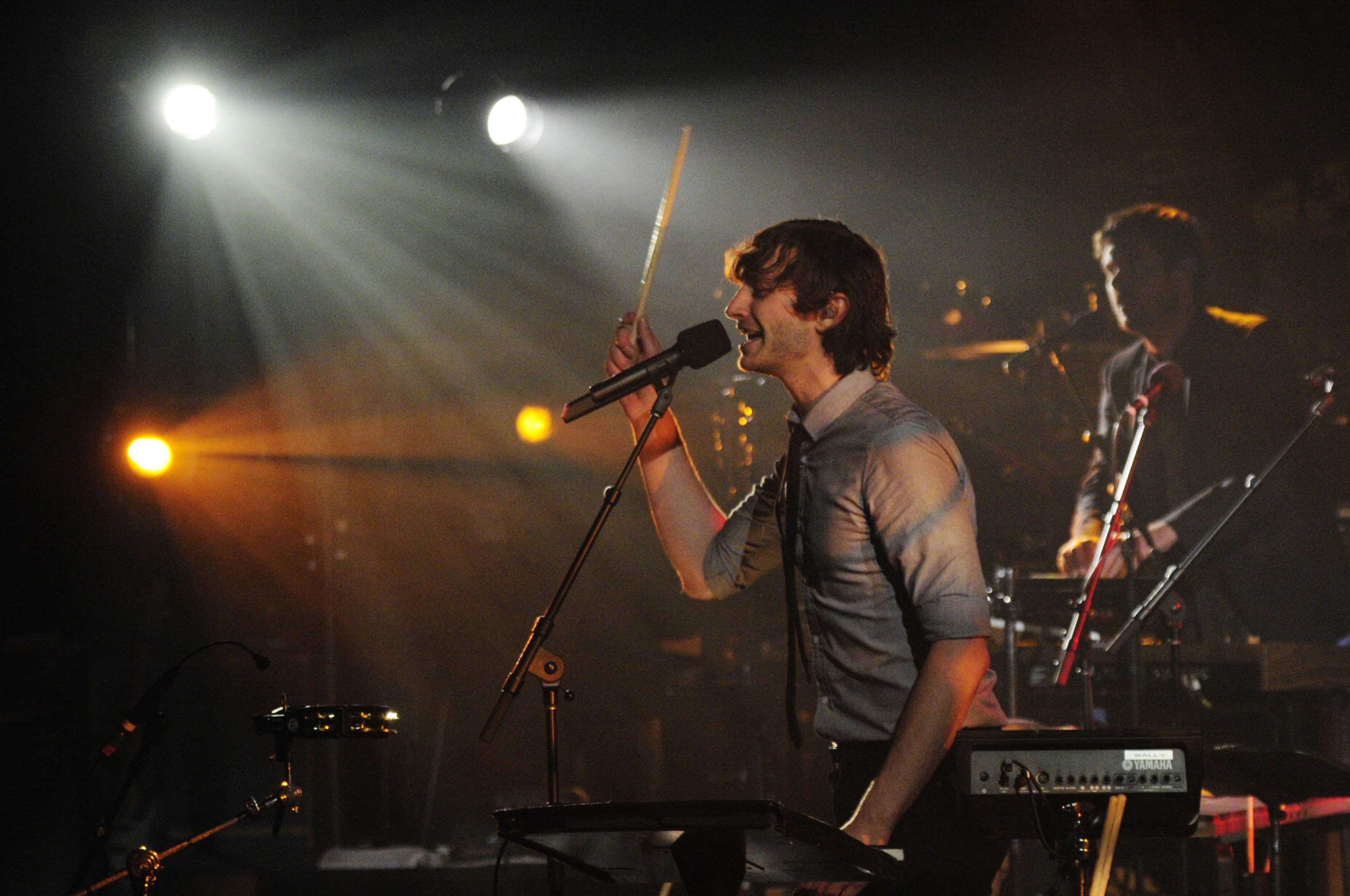 Meanwhile, his theatrics and the arena friendly rock vibe of “Easy Way Out” channeled that of English singer Peter Gabriel.

“Thanks for coming out tonight. It’s a pleasure to be here at Ed Sullivan Theater. We’re playing live here for the first time, it’s really cool,” Gotye said.

“Smoke and Mirrors” showcased Gotye’s seductive vocals with foot-stomping drumbeats while a cartoon displayed in the background, further entertaining onlookers. 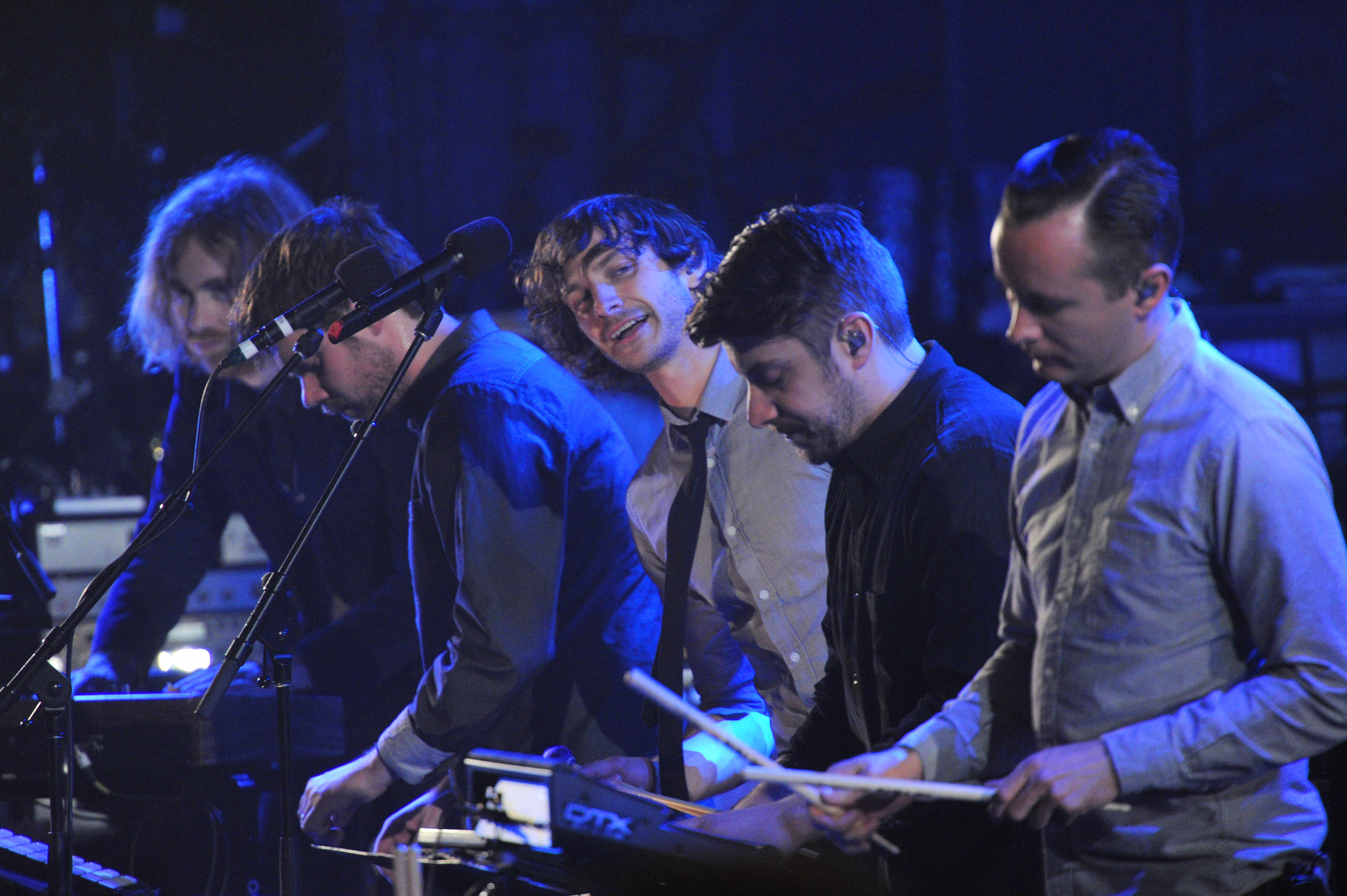 Whether it was his deep, Auto-Tuned vocals on some of the tracks or the more jam band, experimental vibe of his accompanying musicians, Gotye captivated and got concertgoers to join in on some of the verses. Additionally, the backdrop which displayed animated cartoons gave the concert more of an interactive feel drawing the audience in.

"This is a song about moving vehicles and losing yourself in a world of sound and how it gloriously goes together," Goyte said as he introduced "Night Drive." His soothing vocals and the visuals immediately transformed the venue from a concert hall to a car ride.

While Gotye's whispered vocals were present on many of the tracks throughout the night like the beautiful "Giving Me A Chance," it was popular single "Somebody That I Used To Know" and set closer "Hearts a Mess" that garnered the biggest screams. 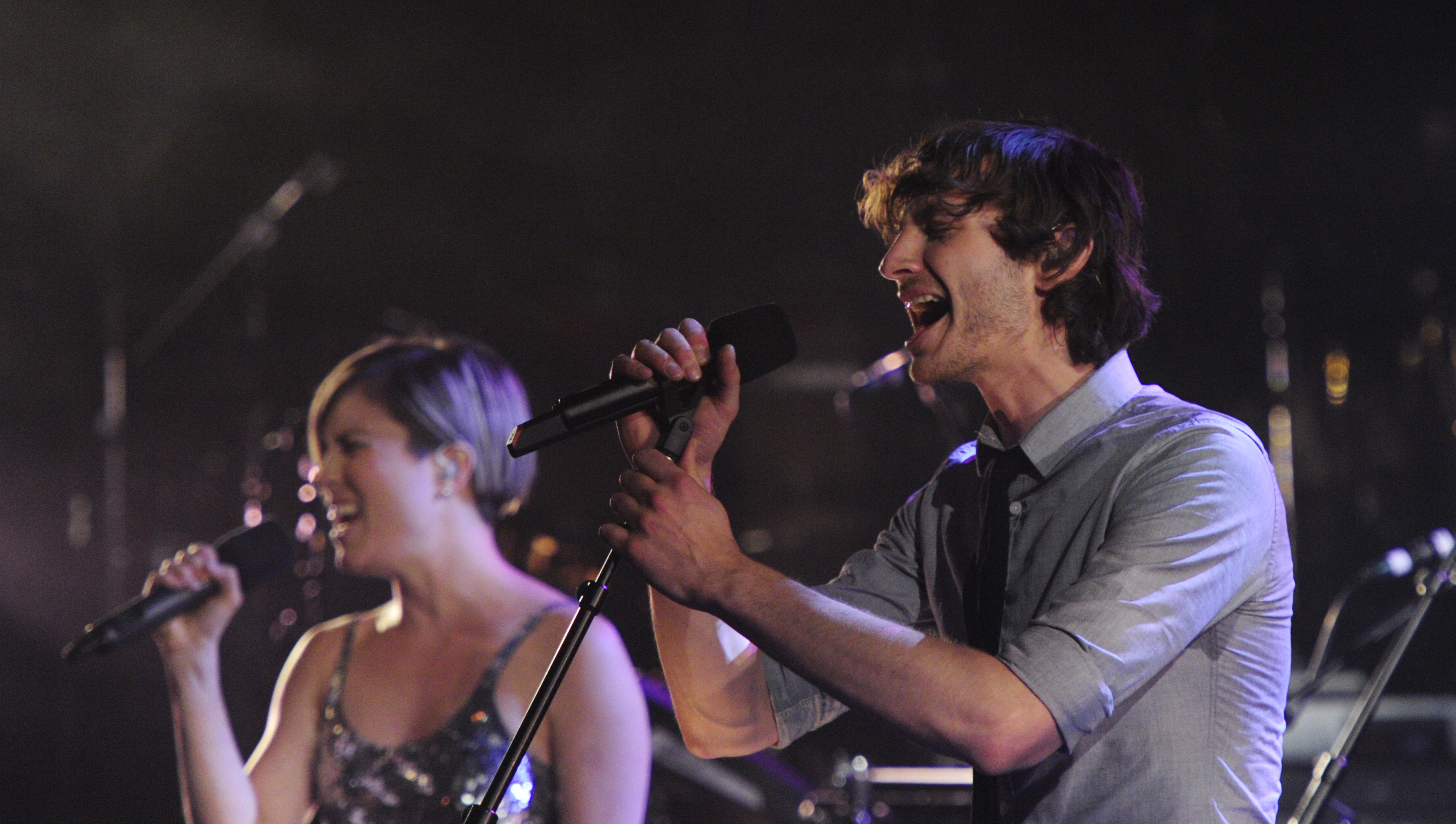 Gotye prefaced "Somebody That I Used To Know" by welcoming Missy Higgins to the stage as many in attendance readied their camera phones to record the performance. After its release last year, the viral sensation still remains a crowd-pleaser.

Didn't get a chance to watch Gotye? Stream the Live On Letterman broadcast on CBS.com.