Quarterbacks are breaking records left and right in the pass-happy NFL, but that makes high-caliber running backs all the more valuable. Many of last season’s top performers appear on this list, but keep in mind there’s usually a major bust or two, likely due to the heavy workload of the position causing a hangover effect. 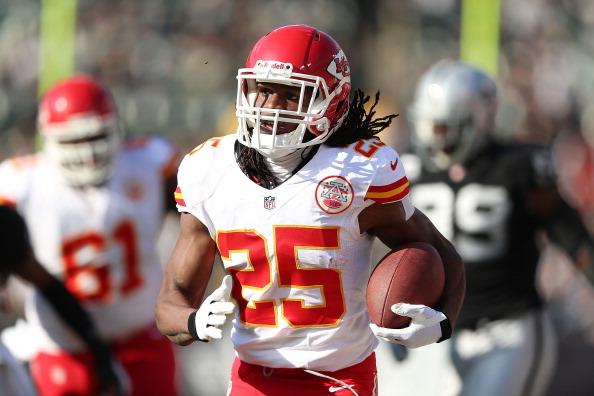 Jamaal Charles #25 of the Kansas City Chiefs runs for a touchdown against the Oakland Raiders at O.co Coliseum on December 15, 2013 in Oakland, California. (Photo by Jed Jacobsohn/Getty Images)

4. Matt Forte, Chicago Bears
2013 Stats: 1,339 rushing yards, 9 rushing TD, 74 receptions, 3 receiving TD
It’s a bit easier to envision a decline for Forte, given his workload as a runner and pass catcher. But Chicago’s versatile offense keeps him as a top fantasy asset.

5. Marshawn Lynch, Seattle Seahawks
2013 Stats: 1,257 rushing yards, 12 rushing TD, 36 receptions, 2 receiving TD
Lynch is a unique character, and fantasy owners who draft him will hope that any unhappiness about his contract won’t affect his play. Even as Seattle gives more slack to Russell Wilson, Lynch is still the workhorse of the offense.

7. DeMarco Murray, Dallas Cowboys
2013 Stats: 1,121 rushing yards, 9 rushing TD, 53 receptions, 1 receiving TD
Is Murray the new Darren McFadden? If you could guarantee good health for the entire season, you’d likely nab him in the first round.

8. Arian Foster, Houston Texans
2013 Stats: 542 rushing yards, 1 rushing TD, 22 receptions, 1 receiving TD
Another injury risk, Foster recently admitted that he contemplated retirement after back surgery limited him to eight games last season. Playing in an offense that will need him to succeed, a fully healthy Foster could be a steal. 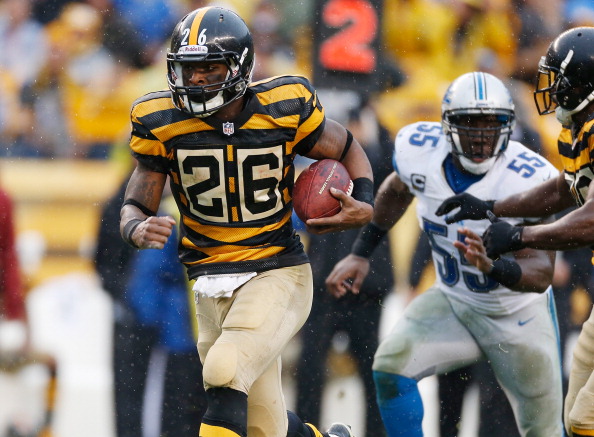 Le'Veon Bell #26 of the Pittsburgh Steelers looks for yards during a second quarter run in front of Stephen Tulloch #55 of the Detroit Lions at Heinz Field on November 17, 2013 in Pittsburgh, Pennsylvania. (Photo by Gregory Shamus/Getty Images)

9. Le’Veon Bell, Pittsburgh Steelers
2013 Stats: 860 rushing yards, 8 rushing TD, 45 receptions, 0 receiving TD
Bell is always a threat to catch passes out of the backfield, so if Pittsburgh’s offensive line improves and Bell is more decisive in hitting the holes, he could improve upon his successful rookie season.

10. Montee Ball, Denver Broncos
2013 Stats: 559 rushing yards, 4 rushing TD, 20 receptions, 0 receiving TD
Another rookie out of the Big Ten, Ball, like Bell, had an inconsistent rookie year. An appendectomy will keep him out of remaining preseason work but he should be ready to suit up for the high-scoring Broncos in Week 1.