NEW YORK (CBSNewYork) -- As he prepares to take office this weekend, Mayor-elect Eric Adams on Thursday outlined his plans to tackle the COVID-19 pandemic.

The mayor-elect says his plan is in alignment with the de Blasio administration's, insisting that keeping in coordination is the best way to overcome COVID.

"I was careful not to, in any way, impact on the existing mayor's ability to send a very coordinated method, message to New Yorkers," Adams said.

But the biggest difference, he says, will be communication.

The mayor-elect laid out his ideas to combat COVID not long before the city reported nearly 44,000 new cases due to the Omicron variant, which is double what it reported on Wednesday.

"We're going to follow science. The science will ensure that we can effectively deal with this COVID surge," Adams said. "We're not going to be caught off guard again."

Adams, who will officially become mayor on Saturday, said New York City is at a critical moment in the fight against the virus, CBS2's John Dias reported.

"We must learn to be smarter, live with COVID and ensure that we protect everyday New Yorkers," Adams said.

More than 74,000 cases were reported across the state Thursday. Single-day cases spiked, and the state's positivity rate jumped to slightly more than 22%.

Cases almost doubled in one day in New Jersey on Wednesday and nearly 28,000 new cases were reported in the state Thursday.

Adams' comprehensive plan, which will mostly focus on vaccines and testing, calls for:

Until then, the city will work under Mayor Bill de Blasio's "Stay Safe and Stay Open" plan, which was announced this week.

City Health Commissioner Dr. Dave Chokshi joined him to explain the status of vaccine mandates for schools, which are unlikely to happen anytime soon and depend on action from Gov. Kathy Hochul.

"The city will set a deadline for the spring about a vaccination mandate in schools to commence later in 2022," Chokshi said.

Adams reiterated the city won't shut down, something de Blasio has also been against.

"I don't believe in shutdowns. We have to fight our way through COVID, and the way to do it is vaccination," de Blasio said.

"We can't shut down our city again," Adams said.

Regarding private businesses that fail to comply with vaccine mandates, Adams said, "We're going to go to those sites where people are openly failing to comply and make sure our city services are utilized."

"We will also study the need for what we're calling the 'Up-To-Date Mandate,' which would require New Yorkers to have their booster shots under the vaccine mandates currently in place," Chokshi said.

As CBS2's Ali Bauman reports, in the final hours before his inauguration, Adams walked through what he calls the foundation of New York's financial ecosystem -- Broadway.

"That allows people to come from all over the globe to come here and do what we all love, spend their money," Adams said.

A Bronx woman who lost her 59-year-old husband to COVID in April told CBS2 a shutdown would only be worth it if more people started to feel her pain.

"If we start getting a rise in deaths again, then I think closing the city would be a good plan, but that's very costly," she said.

"I think he really shouldn't be scared to close the city slowly again," said Theo Kaubish of the Upper West Side.

"A partial shutdown, but make sure we still have essential jobs," another man said.

"For the Omicron virus, it's not really being detected by rapid tests," said Tatiana Vera, a Harlem resident.

The Food and Drug Administration has said at-home, rapid antigen tests might be less effective at detecting the Omicron variant. The agency said the tests are still worthwhile.

"Don't let anybody think that the FDA was saying that tests are no longer good. They say they're less sensitive now," Dr. Anthony Fauci said.

CityMD temporarily closed another 20 locations in the city to preserve its ability to staff the remaining sites, according to officials. So, more people will have to rely on testing facilities run by the city and state or at-home kits.

Adams said he plans on opening more testing sites to relieve long lines, and he wants the city to take a holistic approach to battling COVID, which includes improving New Yorkers' mental health, eating habits and the hospital system overall. 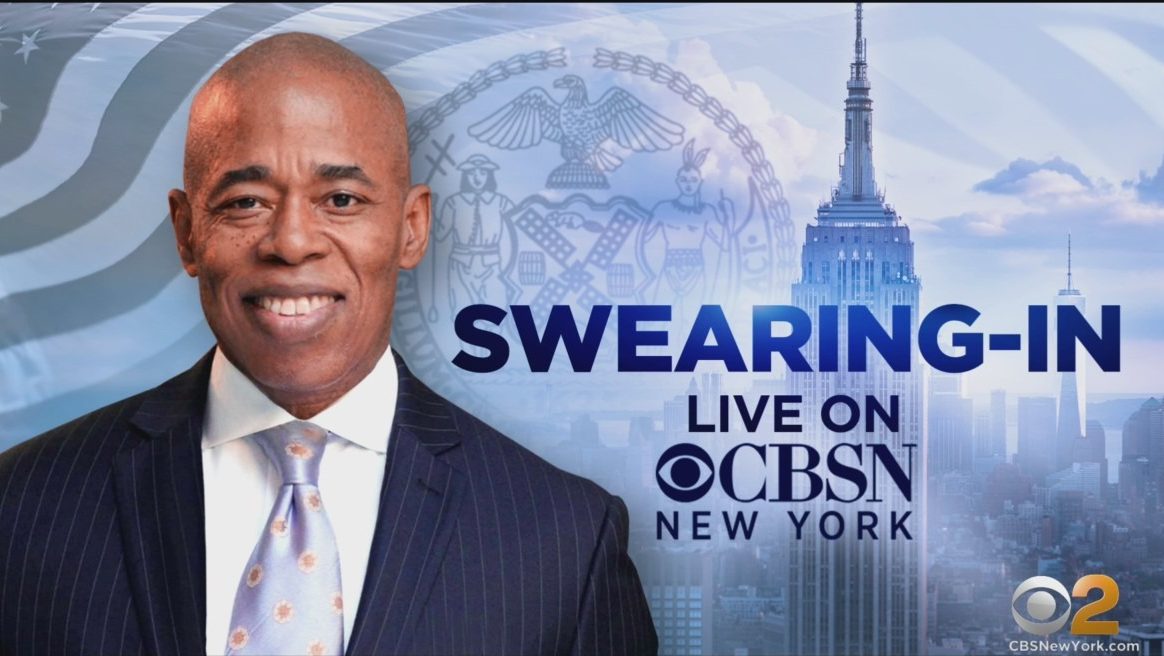 Adams will be sworn-in as the city's 110th mayor in Times Square after the ball drops on New Year's Eve. CBSN New York will have live coverage of the swearing-in ceremony.