By Bill Crandall
This is part of a series of essays to mark the 50th anniversary of the Beatles' first American television appearance on CBS's "The Ed Sullivan Show." It culminates with CBS News Live Experiences' "50 Years: The Beatles," a live, interactive multimedia event at The Ed Sullivan Theater on Feb. 9.

Before American Idol, before MTV and even before even American Bandstand, there was The Ed Sullivan Show, the great American talent showcase. Adults and kids alike tuned in on Sunday nights to watch girls juggle tables with their legs, a man spin plates with his hands, and, of course, another guy shake his hips and sing.

After bringing Elvis Presley into America's living rooms, Sullivan would open the door to the Supremes, the Rolling Stones and five kids from Indiana named Jackson. Thanks to his "really big show," Sullivan was not only one of television's biggest stars but its biggest star-maker. 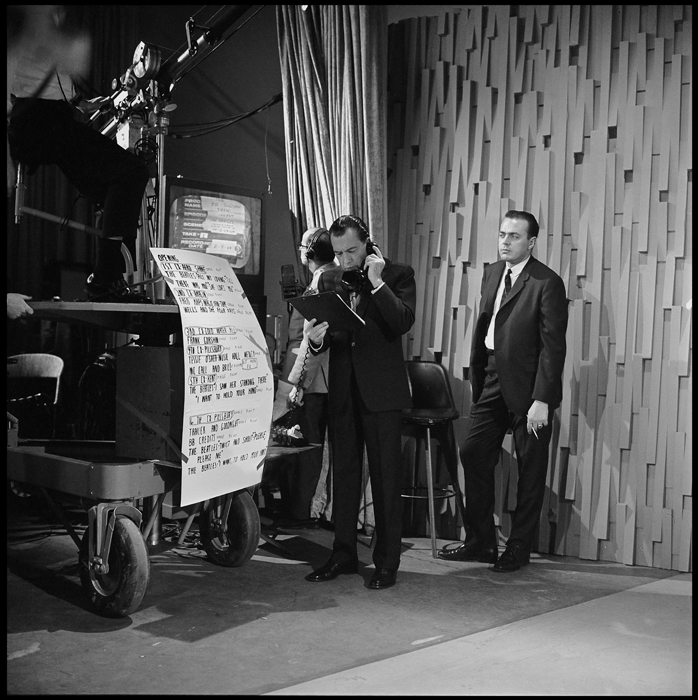 On Halloween in 1963, Sullivan and his wife Sylvia were passing through London's Heathrow Airport on the way home from Germany when they witnessed a feverish crowd rushing to greet a plane arriving from Stockholm. Sullivan thought the travelers must be royalty, but, when he asked a member of the adoring crowd about them, he received an unfamiliar response. Not a man who liked being out of the loop when it came to new sensations, Sullivan fired another question at one of his associates: "Who the hell are the Beatles?"

In Sullivan's account, the rest was history, and he would soon show America who the hell the Beatles were. The whole story was a little less star-crossed and a little less streamlined, with shrewd Beatles manager Brian Epstein also lobbying CBS on both sides of the Atlantic to get the Beatles in front of its cameras.

CBS's own Walter Cronkite is also a key part of this story, and his account only adds to the legend of Sullivan, famous for confusing the names of the legends he helped create. Immediately after his CBS Evening News aired a feature on the Beatles on December 10 -- less than two months following Sullivan's chance airport encounter with them -- Cronkite received a call from Sullivan.

"Walter, Walter, tell me about those kids," Cronkite later recalled. "Those kids you just had on the air. What do you call them, the Bugs or the Beatles or something?"