While memories of a polar-vortex-filled winter and some close brushes with frostbite are slowly fading, you may need something stronger than sunny skies and the smell of spring rain to help speed along the cold weather recovery process. In fact, a stiff drink might be just what the meteorologist ordered.  Let our list of spring's best new bars guide you through the process. After all, this season is all about ushering in the new. By Arielle Sachar.

Sign up here for more E.S.P. recommendations of things to eat, see and do nearby.

Whiskey is found in abundance at the Moonlight Mile, a new beer and bourbon bar in Greenpoint that opened in early March. Abundant might be putting it lightly when talking about more than 100 Kentucky bourbons and American whiskeys, bourbon cocktails made with homemade syrups andbitters, and a roster of bourbon flights, craft beers and unique wines. Opened by two Kentucky natives, the Moonlight Mile aims to be a not-too-fancy neighborhood joint that's still a bit classy – not unlike the spirit they excel at dispensing. Local art hangs from the walls, a jukebox plays Tom Petty's greatest hits, and reclaimed wood floors are juxtaposed with an imposing wood and iron bar made by a local craftsman. While whiskey dominates said bar, there are also 12 shining brass beer taps (distinguished by keychain-like numbered tags) pouring craft brews like Left Hand Milk Stout Nitro, Kentucky Bourbon Barrel Ale and Firestone DBA. It's also the home of cocktails like the Kennesse Old Fashioned (bourbon, homemade sassafras syrup, Angostura bitters), the Moonlight Mile (bourbon, homemade honey syrup, lemon, sparkling wine) and possibly a bourbon-based Bloody Mary.

If you thought the best thing about Five Guys was the burgers, you're only half-way correct. Perched above that burger joint's hallowed West Village location is the Garret, a refined little drinking establishment slinging specialty cocktails, 14 beers on drafts and slightly low-brow (read: messy and delicious) grub. With a rustic, cozy vibe, the intimate 900-square-foot interior is reminiscent of a friend's loft – if your friend happens to have excellent taste in booze and an eye for design. Two massive skylights shine down on eclectic design elements that reflect this small bar's big personality, including a taxidermy rhino head, hand-knotted Persian rugs, hundreds of whimsical hourglasses, and a fireplace framing a colorful painted skull wearing a tuxedo. It all comes together to create a kick-off-your-shoes, mellow vibe – making the Garrett the type of joint where you can spend an entire weekend curled up in an oversized leather chair drinking a Rosarita Stick Up, a mix of tequila, Grand Marnier, rosemary-thyme-sage syrup and egg white, or the signature Two Lime Crew, a lime-heavy take on the simple vodka-soda. 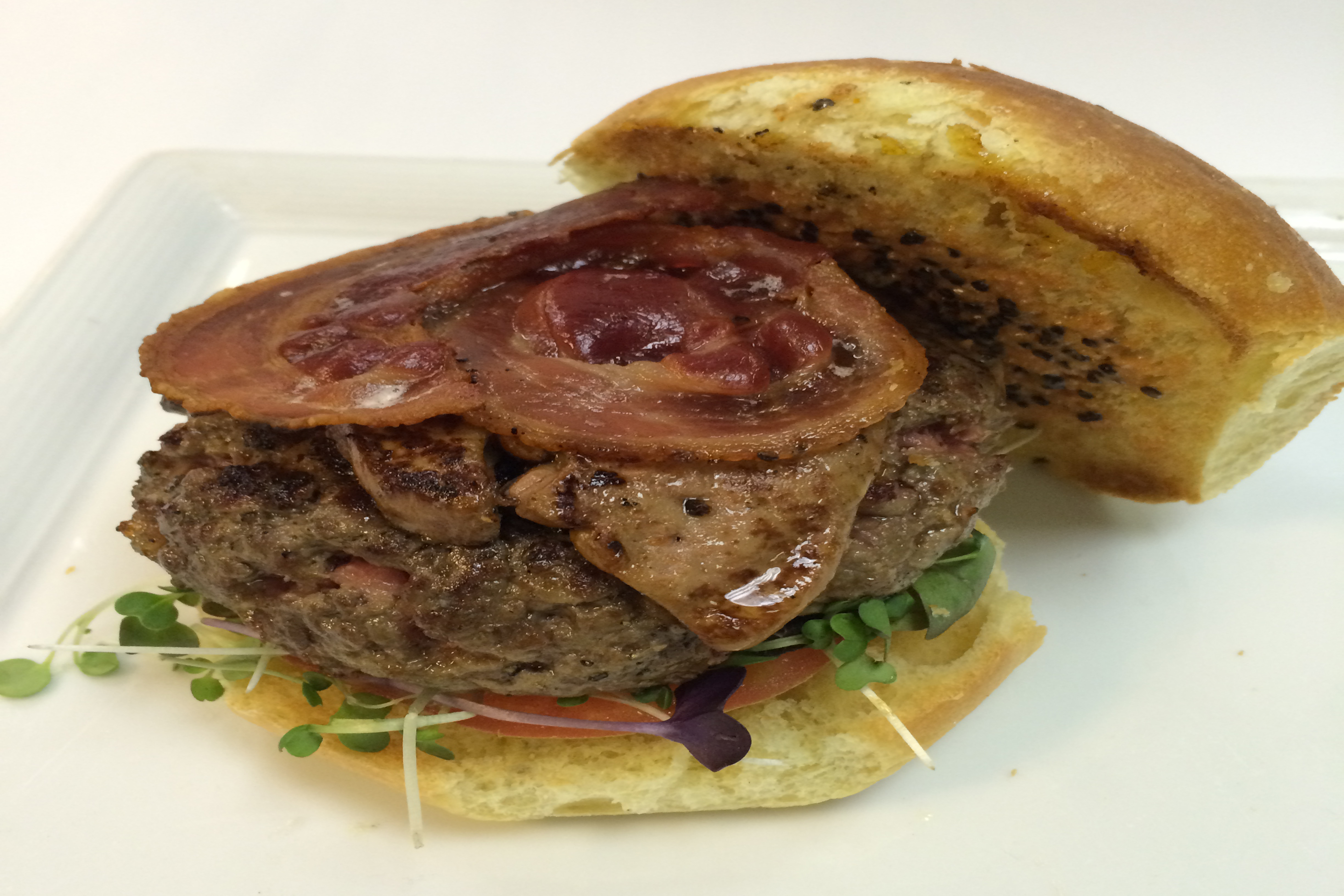 The marriage of beer and burger has long been one of the happiest unions around. Nowhere is that better emphasized than at Beer & Buns, a new Murray Hill spot within the Court Hotel that ups the ante with a $250 burger, along with other more modestly priced fare and a roster of 20+ beers from around the city and around the world. The Indulgence Burger – which must be ordered a day in advance – earns its keep with Kobe beef, wine-sautéed foie gras, fresh truffles and beluga caviar. Luckily, the other 99 percentdoesn't have to settle for the status quo, not with Asian-influenced sliders and patties like the signature Kuala Lumpur Zest (chicken marinated in satay sauce topped with creamy peanut butter sauce), the Phuket Fantasy (crab cake spiced with Thai green curry), and the Grouper on Fire (fried fish with spicy chili sauce and sweet basil). Of course, nothing is complete until that first sip of ice-cold beer, including local favorites like Founders All Day IPA and Mother's Milk, or more international options like Spain's Estrella Galicia and Brazil's Xingu. With warm weather creeping up, prime real estate is the sunny courtyard that'll be home to BBQ sessions this summer.

Of all the subterranean cocktail dens in our city, very few have the pedigree of Nitecap, a new LES lounge from alums of Death + Co. and Maison Premiere that opened last month. Counteracting its basement setting below Schapiro's on Rivington St., Nitecap has a number of quirky, bright flourishes like white-washed brick walls, umbrella-adorned tropical drinks, a wall-sized mural of birch trees and vases of fresh flowers. Yet none of these details are overdone, with sleek leather booths and simple bar stools appealing to any crowd, including bartenders and servers seeking a place to go for a post-work, late-night drink. The drink list itself is a work of art, both in form and content. Printed in easy-to-steal booklet form, each artist-designed menu offers a highly entertaining mishmash of Rodney Dangerfield quotes, drinking games, how-to tips and, most importantly, a list of drinks separated into situation-appropriate sections (like early evening, late night or shots-and-beer). Grab  a beer or glass of wine, or try drinks like the Finish Line (mezcal, raspberries, ginger, lime and Belgian beer) or the absinthe-based Death In the Afternoon. True boozehounds can try the Honor Bar, where you dictate the bottle and how many fingers you want of gin, rum, vodka, aquavit, tequila, brandy and 40+ scotches and whiskies.