A broad spectrum of country music's best and brightest--from the new crop of artists, to those representing generations past, and touching all points in-between--came out to celebrate at the Ryman Auditorium in downtown Nashville on Monday night. The occasion was the sixth annual ACM Honors, an event designed to celebrate the special honorees and off-camera category winners who weren't featured during the televised portion of the ACM Awards this past spring.

The list of artists being awarded was a big one, too, running from superstars like Kenny Chesney, Alan Jackson, Dwight Yoakam, and Vince Gill to songwriters such as Bobby Braddock Dallas Davidson, and even including the late Roger Miller.

Last night was the ACM Honors Award show. It was a beautiful night and the tribute to Roger Miller was incredible. Thank you, ACM!!!

Highlights from the performances, according to the Nashville Tennessean, included Kellie Pickler's version of Billy Sherrill's "Stand By Your Man" and Rodney Crowell's rendition of his song "Leaving Louisiana in the Broad Daylight," which was an early hit for Emmylou Harris. (Both Sherrill and Harris received ACM awards last night.) 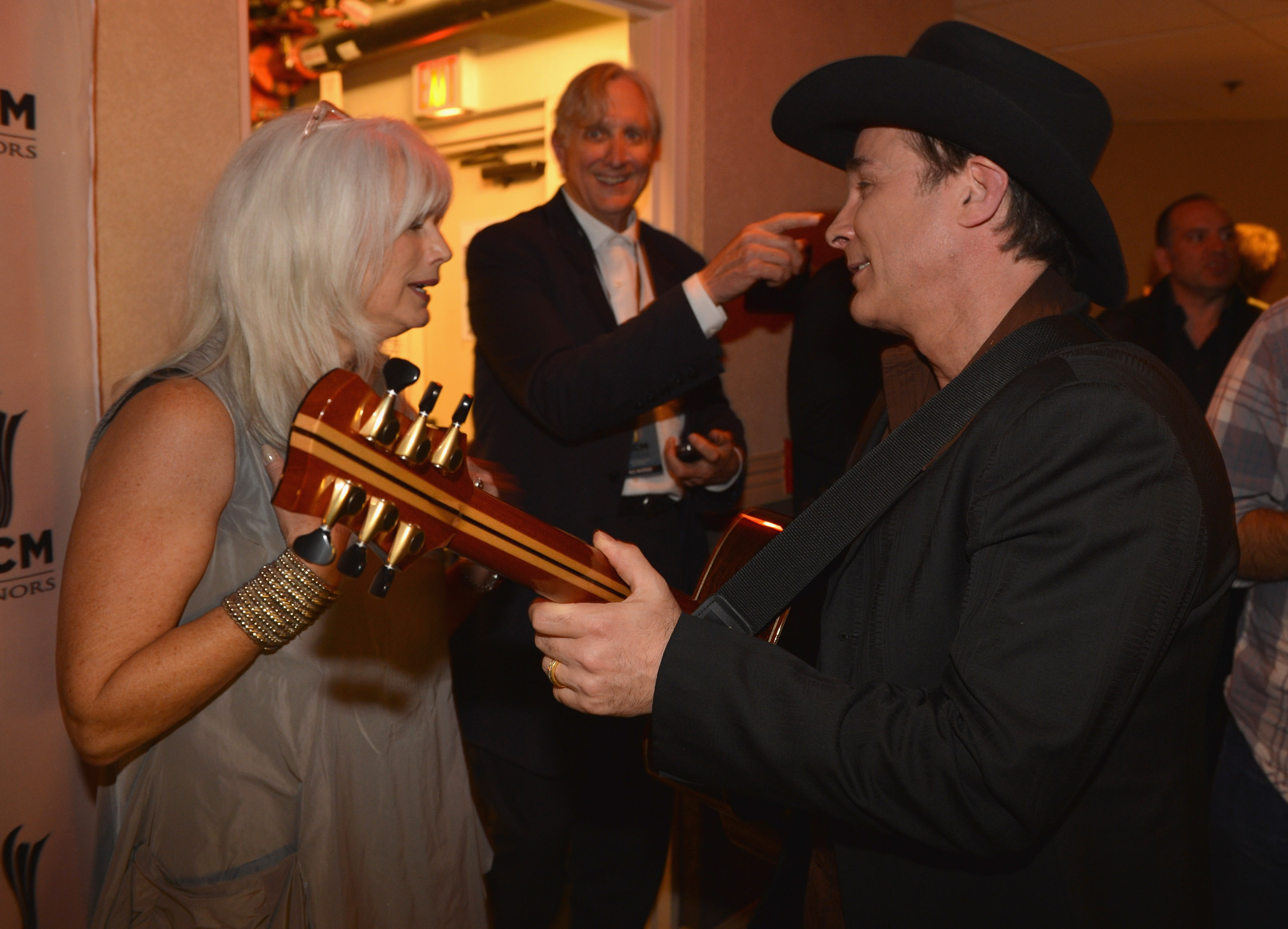 It was a more laid-back event than the televised portion of the ACMs, and it offered the artists in attendance a chance to meet, chat, and mingle--and to properly celebrate each other.

The ACM Honors, said Bentley, "really seems like it puts emphasis on the right people, the people behind the scenes but also the current singers like Dwight Yoakam and Vince Gill and Emmylou Harris and Ricky Skaggs that have made a huge impact on this town that might not get on a primetime TV awards show because of pressure to sell advertising. Here, tonight, we can just take our time and honor these great legends and have fun. I love that."