NEW YORK (CBSNewYork/AP) – The Florida man who confessed to mailing pipe bombs to prominent Democrats was sentenced to 20 years in prison Monday.

Cesar Sayoc, 57, faced up to life in prison with a mandatory 10-year term after pleading guilty in March. 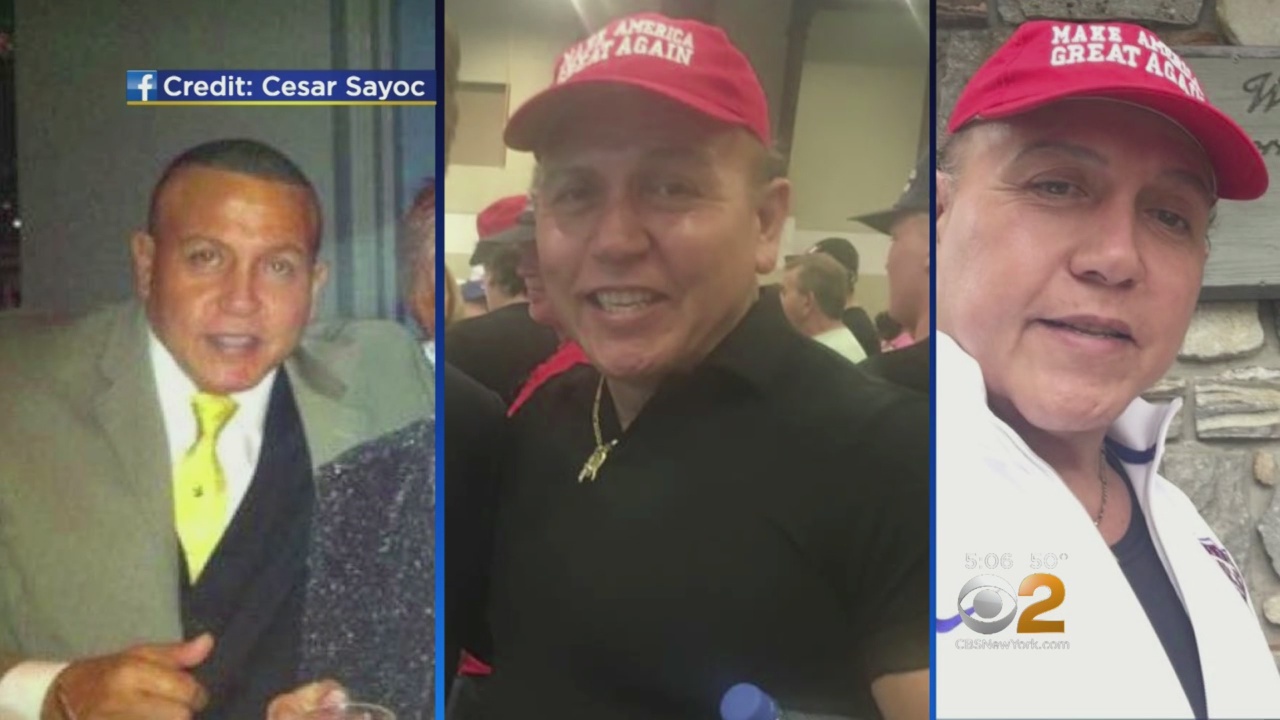 Sayoc told a judge he never meant to hurt anyone, just frighten people.

"Under no circumstances my intent was to hurt or harm anyone," he wrote in a letter. "The intention was only to intimidate and scare."

MORE: Who Is Cesar Sayoc? What We Know About The Suspicious Package Suspect

"Put simply, the defendant intended to silence, through harm and fear, those with whom he disagreed, and now he must be incapacitated to protect the public and promote respect for the law," prosecutors said.

They say he has not fully accepted responsibility and that his claims that his packages were a "hoax" are "simply false."

"The defendant appears to regret facing potential punishment, but not what he did and the harm that his attack caused," prosecutors said in court papers. "His large-scale attack triggered massive law enforcement response and crippled parts of several major metropolitan areas. ... The defendant terrorized the public and placed thousands of individuals in harm's way."

In their pre-sentence arguments for leniency, defense lawyers wrote that Sayoc was suffering from "delusional beliefs" fueled by large doses of steroids when he decided "to try to intimidate and scare Trump's perceived enemies." They urged Rakoff to sentence Sayoc to the mandatory 10 years in prison and one additional month.

Sayoc has been housed at the Metropolitan Correctional Center in Manhattan since he was brought to New York after his Oct. 26 arrest.

"He is sorry for the fear he caused across the country and has drafted personalized letters of apology to each of the victims in this case. He knows what he did was wrong, and he wishes more than anything he could go back in time and act differently," the lawyers wrote, saying he is still mentally ill and struggling but is redeemable and able to change.

They blamed his actions in part on his use of "an extremely large dose of steroids" that he took to bulk up for his new job at the Ultra strip club. They said the steroids left him feeling invincible and made him "pathologically obsessed" with perceived actions by some Democrats.