Well, that time of the year is nearly upon us. Both the Baseball Writers Association of America (BBWAA) and the Hall of Fame Veterans Committee will be in the process of determining who will – and who will not – be enshrined into Cooperstown's Class of 2014.

Below I have listed a number "interesting" eligible candidates on this year's lists. I have included the number of years for which they have been under consideration (just for the BBWAA), a bullet comment or two and listed a "Prediction Grade for Election in 2014" which is calibrated as follows:

A = Definite Election…if not this year, then in the very near future

B = Possible Election…if not this year, then in the foreseeable future

C = Most Probably will not be elected this year, or in the foreseeable future

D = Not without a Miracle 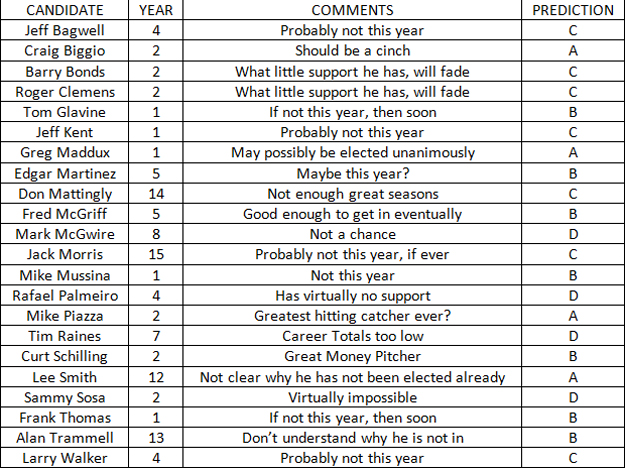