Police in the Bronx are searching for suspects targeting people making deliveries and stealing their bikes.

There have been four robberies in Fordham, three in Norwood and one in Bedford Park and Mount Eden.

They allegedly stole nine e-bikes from deliverymen and one bicycle from a 16-year-old boy.

If you live in the five boroughs, you see them daily: Deliverymen on e-bikes taking food to people's homes.

Surveillance video from one robbery shows the suspects ride up beside a deliveryman and shove him off his e-bike, police say. They take the bike and take off.

In two of the incidents, the men allegedly threatened victims with a knife.

"This is crazy. Oh my God. These people work so hard to make a living, and then you have someone destroying what they're trying to do," said Bronx resident Theresa Davila.

That assault is just one of nine different incidents that have happened since mid-March across the borough, specifically in Norwood, Bedford Park, Fordham, and Mount Eden from 6 p.m. to 1 a.m.

In total, the thieves have gotten away with eight e-bikes, even snatching one bicycle from a 16-year-old.

Police say none of them were hurt.

"It's real concerning, we all have children," Melvin Geigel, of Grand Concourse, told CBS2's Reena Roy. "People are trying to go to work and handle their everyday business, to have to worry about being robbed at knifepoint isn't a good thing." 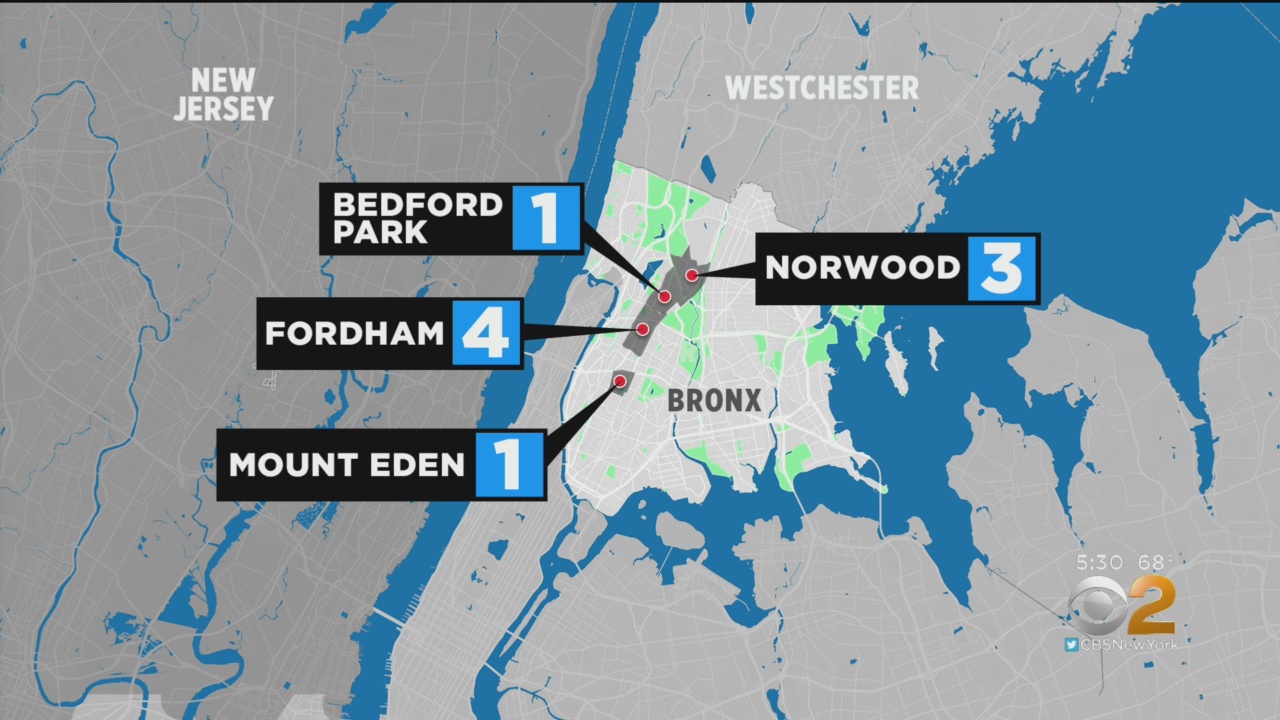 "It's not the first time that this happened around here. That's why, I'm 76 years old, I don't go out at nighttime, very dangerous around here," said Justo Torres, also of the Bronx.

Deliveryman Miguel Gaspar told Roy he rides an e-bike every day on the job and said it's scary to think the thieves have weapons. He also said a new e-bike costs hundreds of dollars, sometimes even more than $1,000.

David Valderama delivers for a Chinese restaurant on Bainbridge Avenue. He told Roy he was robbed and assaulted on his e-Bike just a few months ago. He said he risked his life on the job but has to support his family.

Police describe the suspects as Hispanic males in their late teens or early 20s.

As the NYPD searches for them, Valderama will be warning his friends to be extra vigilant on their delivery routes.