Fall is one of the best seasons to dine in New York City. There are still a few weeks left to comfortably enjoy a casual dinner al fresco or you can get out of the late seasonal chill to cozy up indoors at a new romantic eatery. From the well-known movers and shakers to soon-to-be neighborhood gems we're excited for all of these restaurant openings this fall. By Sarah Shaker.

A unique offering of modern American cuisine under the creativity of two-time Michelin Star chef Derrick Styczek has come to the Upper West Side at Domain NYC, which opened earlier this month in the space of the Mediterranean Vareli. A wine program curated by Wine Director and Sommelier, Richard Bill, complements fresh, seasonal and organic ingredients on the menu. A vibrant raw bar will focus on offerings like the Chilled Seafoodand both small and large plate dishes include Smoked Rainbow Trout, Char Grilled Baby Octopus, Tequila-lime nage-poached Atlantic salmon, Steak of Yellow Fin Tuna and Scallops in Peking Duck Broth.

With a soft opening this summer, Mar's has been quietly bringing freshly shucked oysters and specialty cocktails to Astoria. With recently launched dinner and brunch menus for an official fall opening, this new gem is sure to be your must-dine neighborhood spot this season. Take in the speakeasy setting by sitting at the marble bar with your date for oysters and wine or go all out with their Steak Frites For Two, an all natural 16 oz New York strip steak with truffle butter and fluer de sel with a side of fries and house-made mayonnaise.

If gin is your spirit of choice, we've found your new place of cocktail worship. The Winslow, a U.K-inspired modern gin joint and eatery has opened in the East Village earlier this month. Dominic Venegas of the NoMad oversees The Winslow's beverage program with over 20 British beers on tap, alongside expansive global wine and spirits offerings with an emphasis on scarce gins from cultures around the world including London Dry, Old Tom, modern, regional, and seasonal styles. Rotating gin cocktails infused with unexpected additives such as botanicals, citrus and spice will also be featured. Executive Chef Luis Ulloa keeps with British culinary traditions including Scotch eggs and Cheese Boards of Shropshire blue and Tickler English cheddar. Entrées include roasted organic half chicken and Fish and Chips for an authentic pub experience.

Pagani in the West Village is the second concept by Massimo Lusardi's The Lusardi Group, proprietors of popular Upper East Side Italian spot Uva. This casual, vibrant space has been styled by 'Friends and Family', the design/build firm of James Beard Award-winning designer Taavo Somer, known for Freemans, Peels, Isa and Gemma. Officially open this past week, Chef Mark Barrett's eclectic menu features multi-regional Italian dishes, complemented by a selection of cocktails, Italian wines and beer. 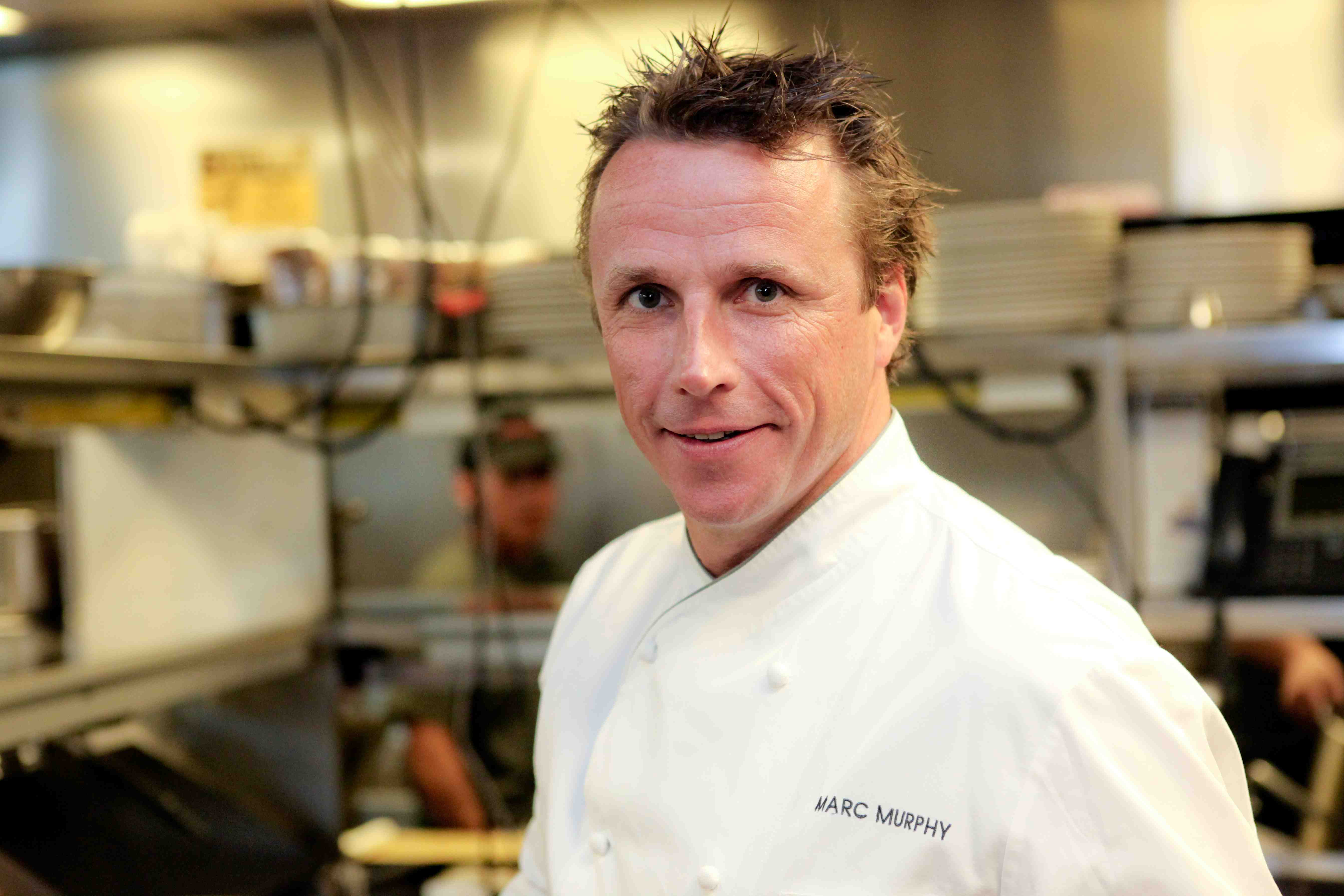 For those who call Ditch Plains or Landmarc their favorite place to dine in NYC, Chef Marc Murphy is opening his new restaurant, Kingside, at the Viceroy New York with partner Scott Gerber of The Gerber Group this October in Midtown. The ground floor bar and restaurant will feature Marc Murphy's interpretation of New American cooking, set in a casual, yet rich interior.

Opening mid-October, get a sneak peak at The Peacock, with the dining room rendering to the right. This English restaurant from Jones Wood Foundry restaurateurs Jason Hicks and Yves Jadot, with a menu by English-born chef Robert Aikens is sure to add more culinary flare to the Murray Hill neighborhood. Before signing on to The Peacock, Aikens worked as the executive chef at Stephen Starr's Philadelphia gastropub The Dandelion. The Peacock promises to evoke an early 19th century English gentleman's club brought into the present with a playful Bohemian touch. 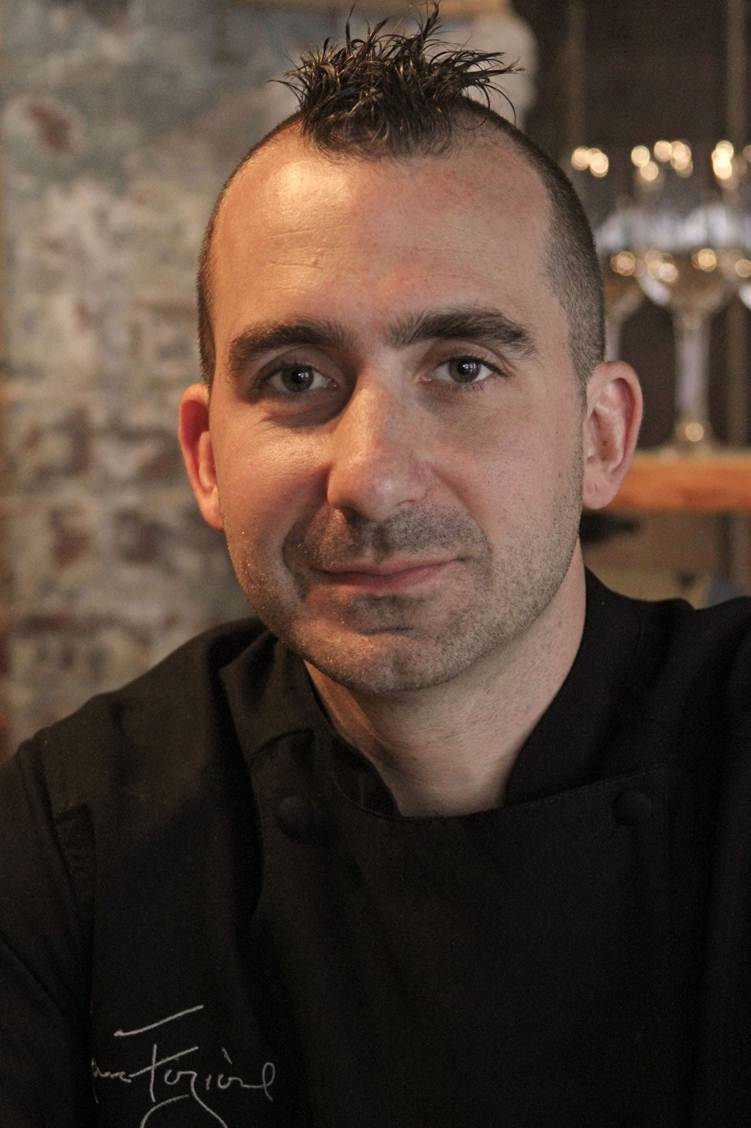 LDV Hospitality in partnership with Chef Marc Forgione is opening American Cut in Tribeca later this September with the hopes to redefine New York's steakhouse experience. Iron Chef Forgione looks forward to bringing some of his most popular signature dishes from American Cut in Atlantic City to the Big Apple flagship, including Pat LaFrieda sourced meats and creative seafood dishes.