It's no secret that New York City is filled with comedians - funny folks looking to make a name for themselves in the Big Apple. Anyone who has checked out a comedy show, complete with a '2 drink minimum' knows that some are more talented than others. These five up-and-coming stand-ups are far from dull and taking laughter to a whole new level -- whether it's revamping a live late night talk show, creating improvised podcasts, or dishing out psychic advice -- while collecting their free drinks, of course.  By Carly Petrone.

More: The 5 Best Spots For Stand-Up Comedy In NYC 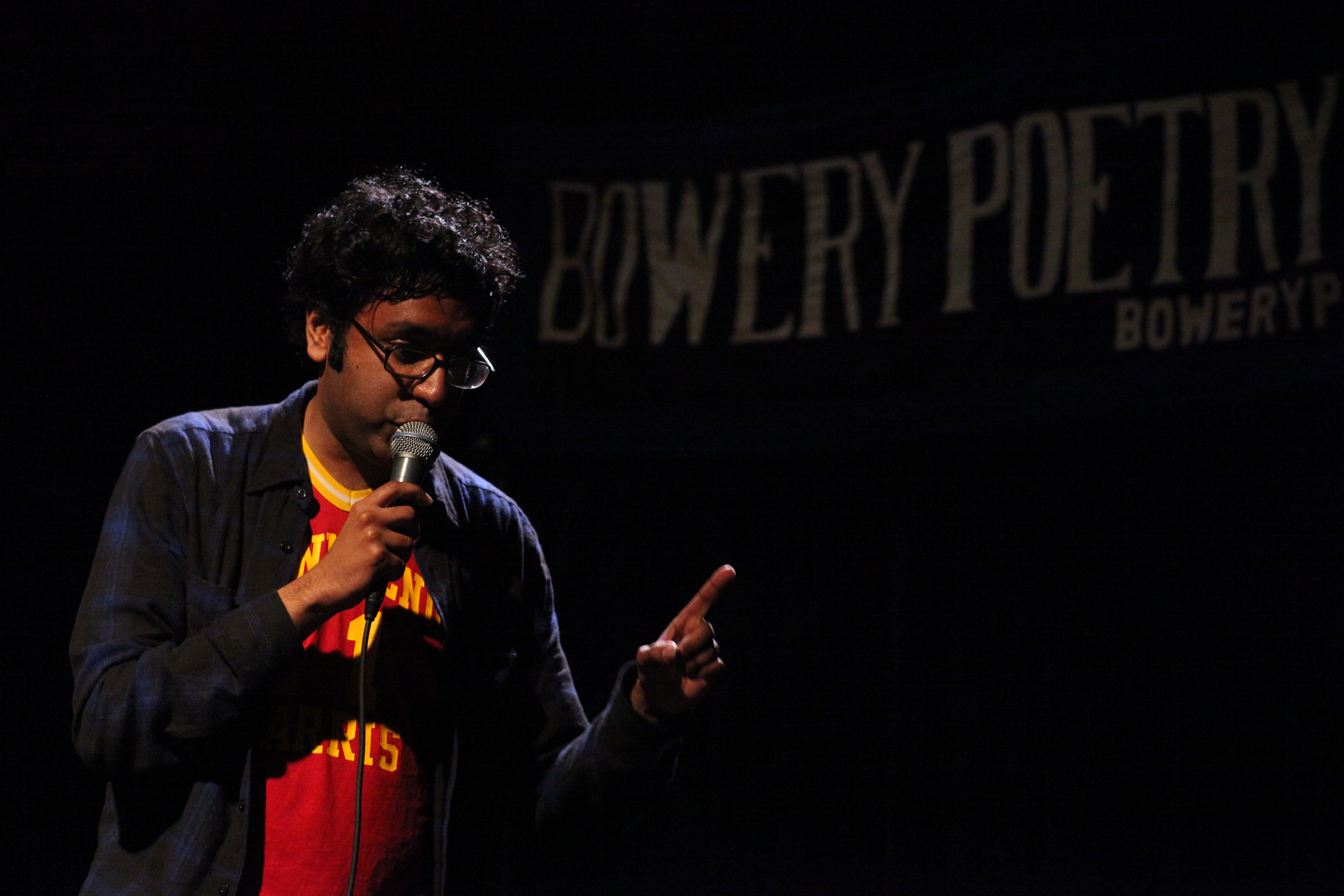 Queens-native Hari Kondabolu got his start in comedy back in high school, when he put on a live show his senior year (one of the perks of being Student Body President). After a job led him to Seattle, he got the chance to perform longer sets at night, allowing him to work on his routine while honing his comedic skills. Now 30, Kondabolu has traveled around the world, performing at festivals and headlining shows. He currently writes for FX's Totally Biased with W. Kamau Bell and hosts a monthly podcast with his brother, Ashok Kondabolu, former frontman for hip-hop group Das Racist. The Indian-American comedian also holds a Masters in Human Rights and doesn't shy away from making audiences feel uncomfortable during his routine - mainly because he wants to see where he can take them. As long as he can get the audience back and laughing, it's worth it. It's all part of the game. 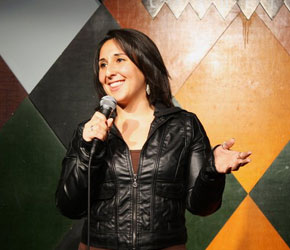 Three years ago, actress Robyn Schall took her father's advice and signed up for a stand-up comedy class. Today, this gal from Long Island is a full-time comedian, performing at clubs across New York City. The infectious 28 year-old plays up her weaknesses on stage and isn't afraid of poking fun at herself. The fact that she has "tried every diet known to man" and lives in a tiny studio without a kitchen only makes her more relatable. The UWS resident plans on becoming a sitcom and talk show star. Until then, she's busy hosting her monthly show, Ladies Night with Robyn Schall, which features a rotating list of talented female comedians and plenty of sketch comedy videos. Chances are she'll point out her mother in the audience, too. 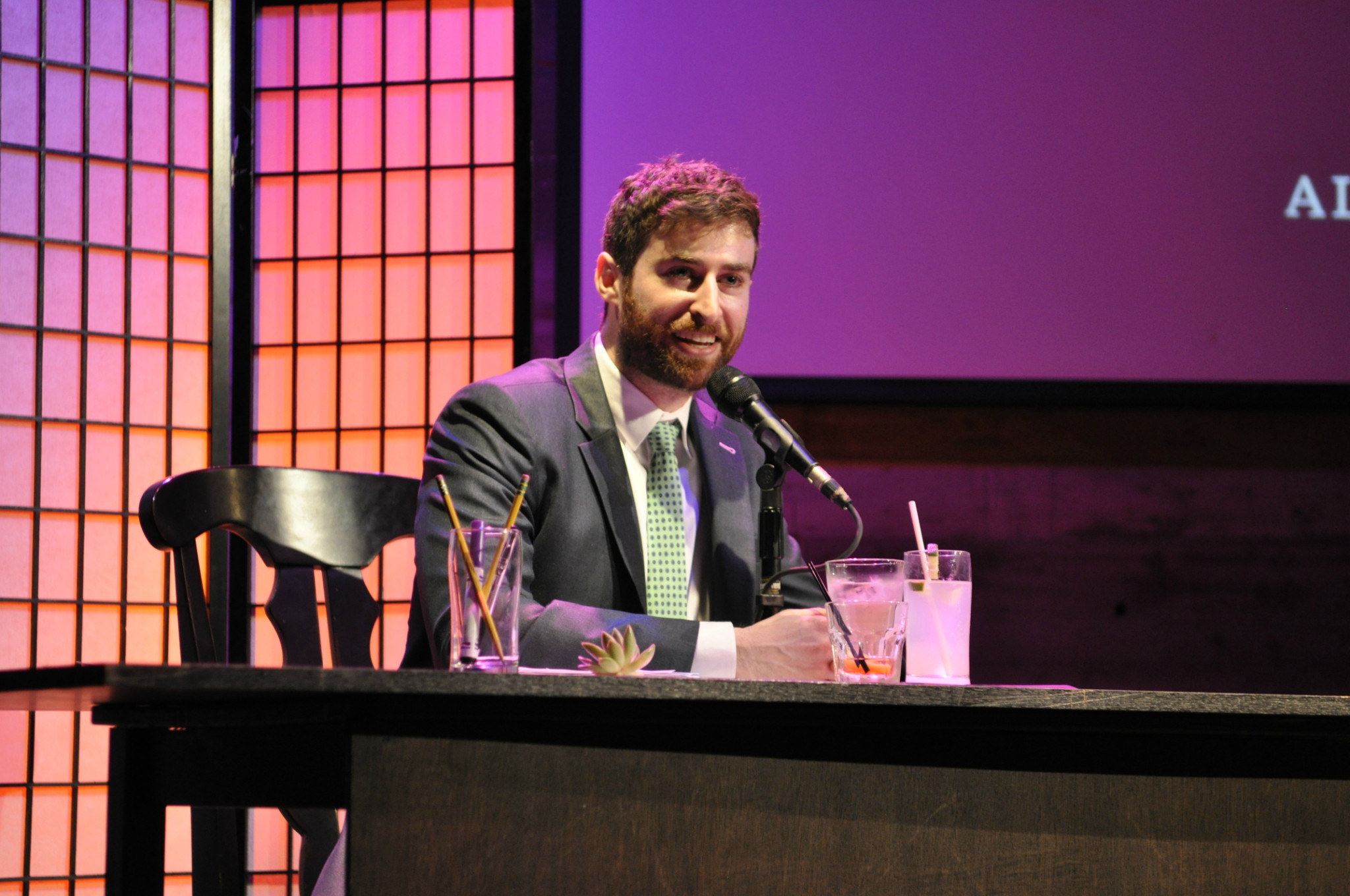 With Jimmy Fallon's late night spot now up for grabs, many comedians are eager to keep his seat warm. Scott Rogowsky is looking to do just that – even if it means sending NBC executive Lorne Michaels a fruit basket from Edible Arrangements. The 28 year-old former Onion writer currently hosts a bi-monthly talk show called Running Late with Scott Rogowsky, where he interviews everyone from comedians to Pulitzer Prize-winning authors. His father also acts as trusty co-host. Rogowsky is still waiting to hear back from Mr. Michaels (or his assistant). For now, he's practicing his hosting skills while making audiences and guests laugh with his quick-witted interview style.

Upcoming shows: Running Late with Scott Rogowsky runs every 2nd and 4th Thursday of the month at Galapagos Art Space. 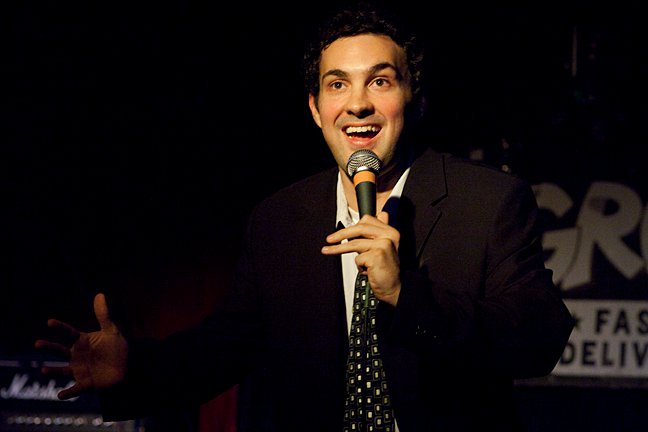 Mark Normand recently beat out 63 other contestants to be crowned champion of Carolines Comedy Madness stand-up competition. The 29 year-old has been making people laugh since his class clowning days back in New Orleans but it wasn't until college that he took the plunge and started performing at open mics. Today, Normand embraces the awkward moments that can happen on stage, like when he wiped his forehead with Conan O'Brien's tie after making his late night debut. His comedy idol, George Carlin, would be so proud. For now, you can find him touring across the country and hosting his weekly show, HOT SOUP, here in the city. 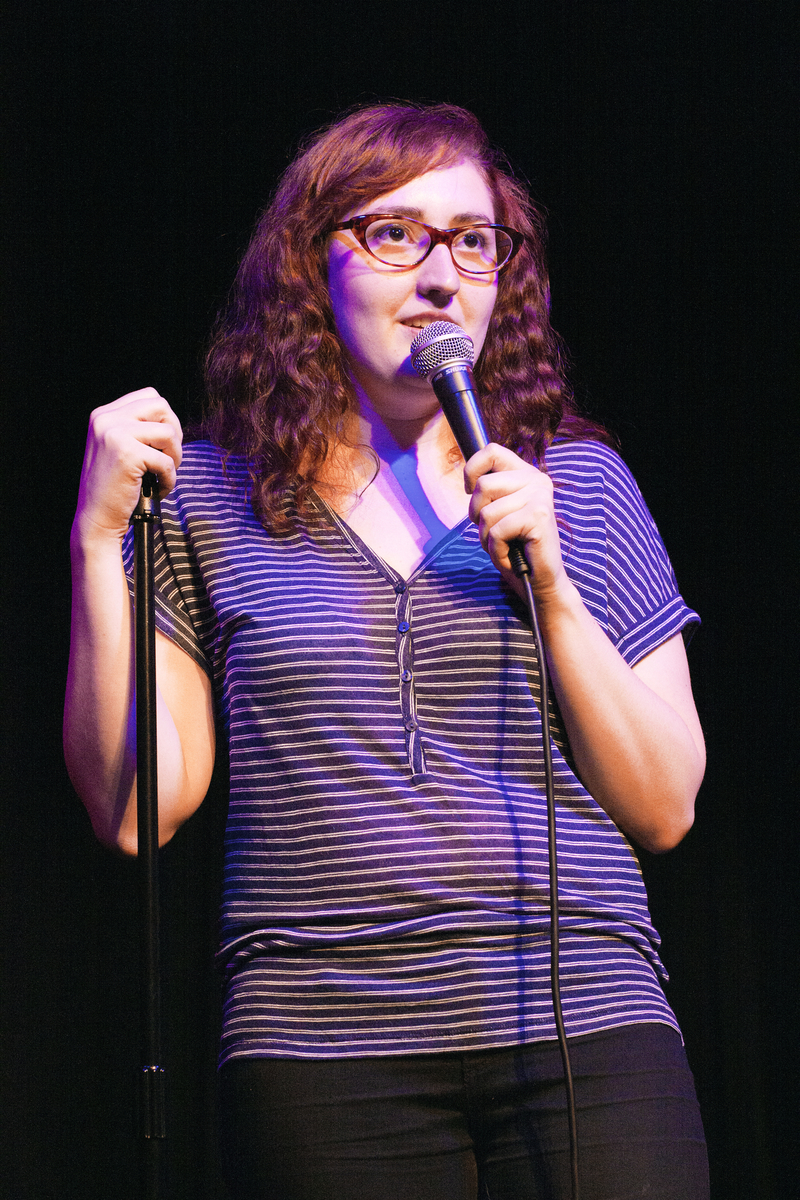 Emily Heller has never really experienced stage fright. Even at the age of two, she was commanding the room. She fully admits to shouting "stop!" during her first preschool concert because she wanted to be the only singer on stage. Now the spotlight is aimed on the 27 year-old California transplant who has been performing non-stop since starting out in San Francisco just a few years ago. She's the brainchild behind The Future, the hilarious web series where she gives psychic readings to comedians and she also co-hosts the podcast Baby Geniuses along with Lisa Hanawalt. Heller (or Hell Bone as her friends like to call her) is always on the lookout for a new bit, whether it comes from real life experiences or a thought from her past. What's her advice for someone who wants to try stand-up comedy? Just go out there and do it. Oh, and marry rich.