NEW YORK (CBSNewYork) - The troubling increase in the number of shootings in New York City is continuing, and the latest person shot is a boy, just 11, who was simply playing outside the front of his home in Brooklyn.

The search is on for the gunman.

Devastating news for neighbors on East 29th Street in East Flatbush. Police stood guard all day outside the home where an 11-year-old boy was shot and injured.

It was one of nine shootings citywide Tuesday alone.

There was a show of support for Terrance Solomon, whose 11-year-old grandson was shot last night right in front of his house.

He says he ran outside when he heard the noise. He says his grandson Treysean had been playing with about four other kids. 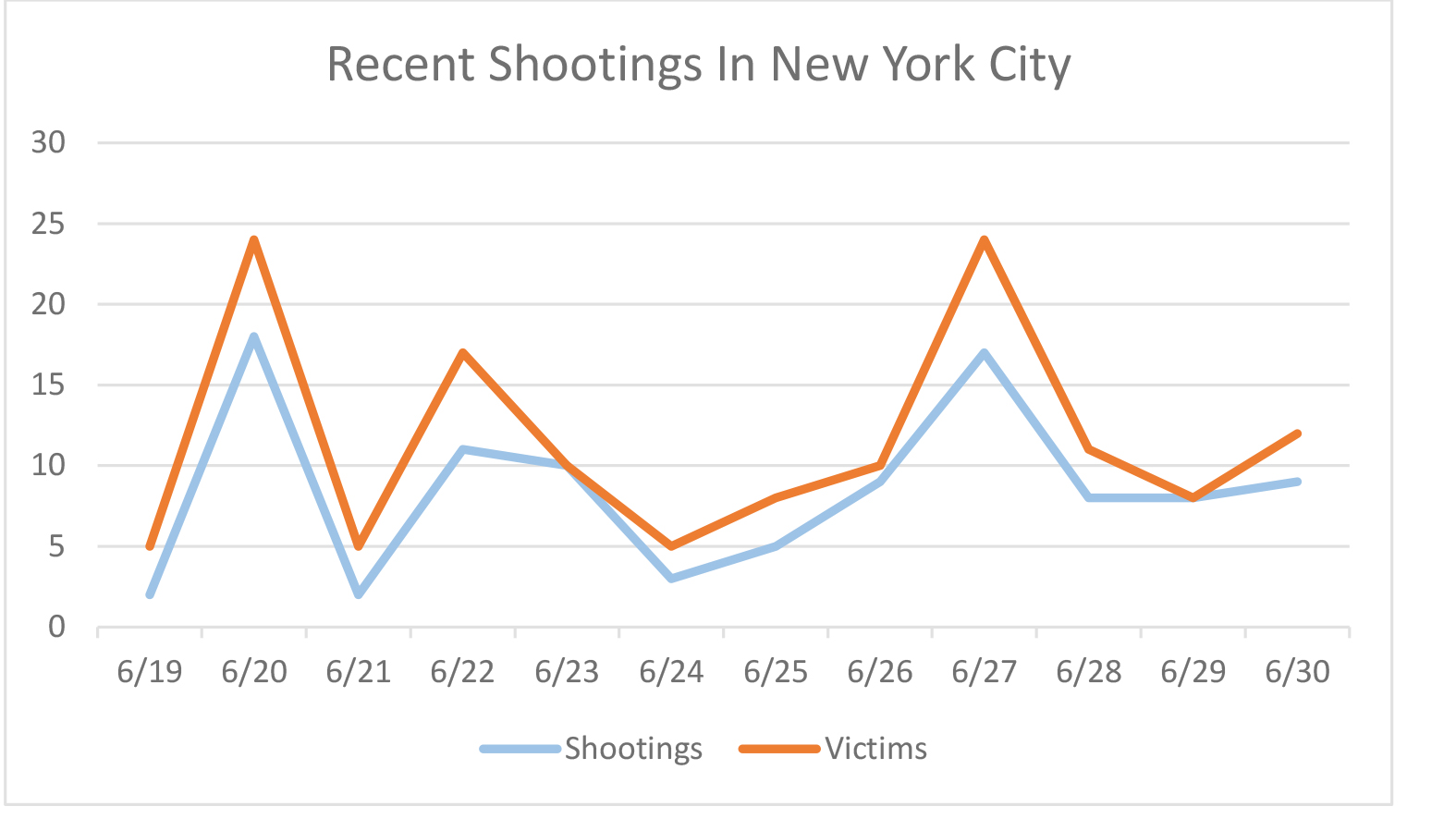 "They was playing right in front here, and then some guy drives by and, and shoots," he said. "If you fire shots at, at children, something's wrong."

The shooting happened around 9:45 p.m.

Police said the boy thought he heard fireworks, but looked down and saw he was shot in the leg.

He went to the hospital in serious but stable condition.

This shooting is only one of the latest in a growing surge of gun violence, with children not immune.

Last Friday, a 7-year-old girl was grazed by a stray bullet in East Harlem.

Brooklyn Borough President Eric Adams is calling for a comprehensive crisis response from the NYPD and City Hall.

"The constant display of violence in our city is unacceptable," Adams said. "We want these incidents responded to in a professional manner that indicates that this is a crisis of gun violence in our community and we're not going to sit back and allow it to happen."

From Saturday through Tuesday alone, there have been 42 shootings citywide, with 55 victims.

The 67th Precinct Clergy Council tweeted, "It's all hands on deck. Mothers, fathers sons and daughters. If it takes a community to raise a child, it also must take a community to protect them."