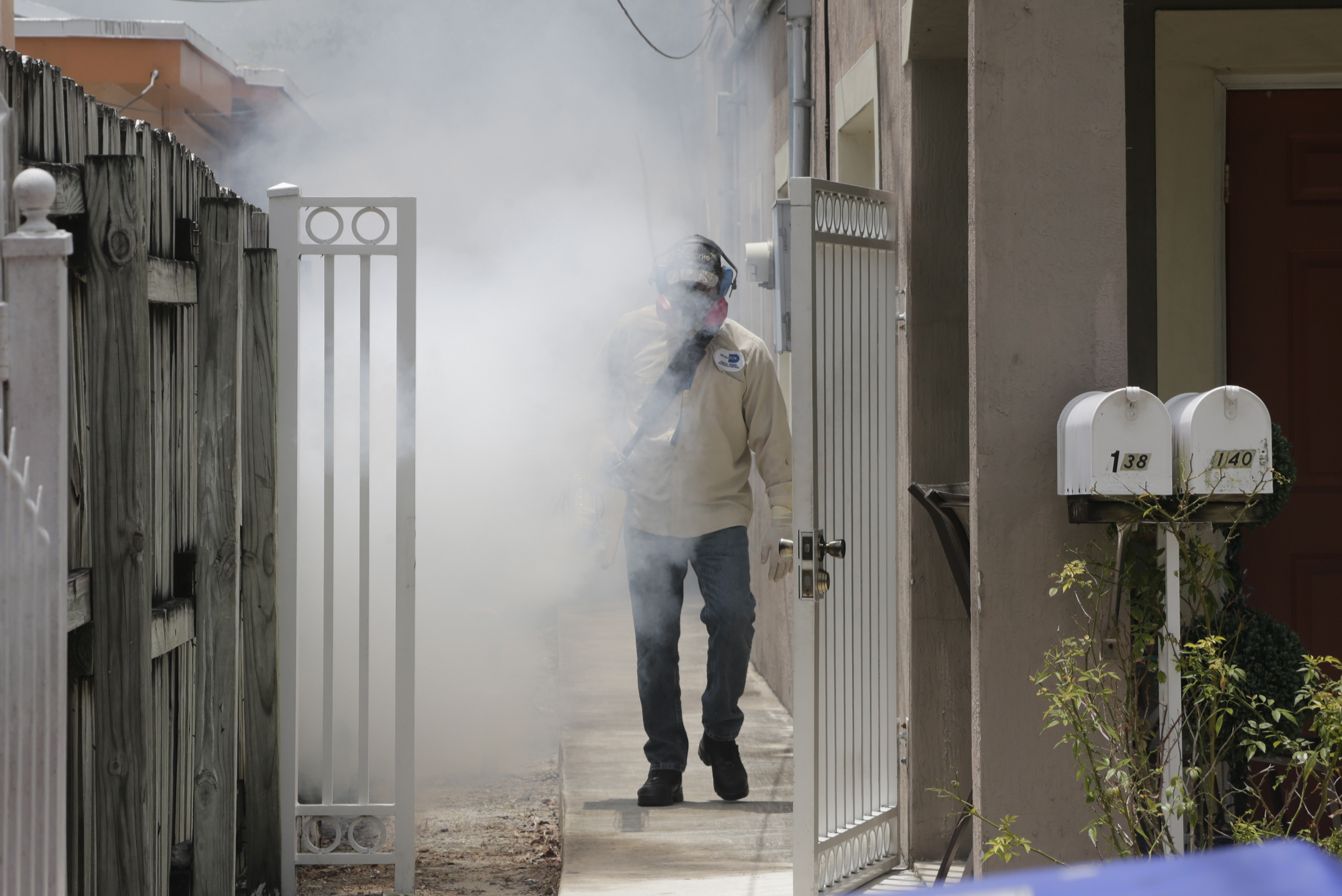 Pregnant women are being warned to stay away from a popular Florida neighborhood over the Zika virus, the first time a warning of this kind has been issued in the United States.

The small Miami neighborhood of Wynwood is home to the first ongoing Zika transmission in the continental U.S. There are now 14 locally transmitted cases in or near the Wynwood district, among more than 1,600 travel-related Zika cases in the country.

State and county health officials, along with an emergency response team from the Centers for Disease Control, are on the scene but struggling to control the Aedes aegypti mosquito -- the bug spreading the virus -- because the chemicals they're using to kill the mosquitoes aren't very effective, reports CBS News correspondent David Begnaud.

"They've been applying both chemicals that kill larval mosquitoes and adult mosquitoes every day. It isn't working as well as we had hoped. That could be because some of the mosquitoes are resistant to those insecticides," said Dr. Tom Frieden, director of the Centers for Disease Control and Prevention.

Frieden said the mosquito only travels about 164 yards in its lifetime (although some research suggests it can fly farther), but it moves quickly.

"It's been referred to as the cockroach of mosquitoes. It lives indoors and outdoors, it can breed or hatch in a few drops of water, the eggs can last for months," Frieden said. "And it can bite four or five people at once so it spreads the disease rapidly."

But Florida Gov. Rick Scott is more confident that the virus will be controlled.

"Think about how big our state is -- it's a 15-hour drive from Key West to Pensacola, and this is just one square mile," Scott told "CBS This Morning" Tuesday.

The governor offered assurances that he's taking appropriate measures to control the virus, including traveling the state and meeting with mosquito-control districts, local health departments and allocating dollars.

"I've already allocated $22.6 million from the state resources, and I'll allocate more if we need it, for both protection kits and mosquito control," Scott told "CBS This Morning" Tuesday. "We believe we're going to be able to control this. It's no different than what we've controlled -- dengue fever, chikungunya and other mosquito-borne viruses."

Despite the travel warning, the governor also encouraged people to visit Florida, promising to "take care of you" and keep people well-informed.

In the last two weeks, 14 people -- 12 men and 2 women -- have been infected with Zika in two southern Florida counties. The virus is most dangerous for pregnant women because it can cause severe birth defects.

Dr. Diego Schmuels said he's ramping up testing for all pregnant women at his Miami clinic, which is located right inside the Zika zone.

"So basically, we just started to make sure that all pregnant women -- symptomatic or asymptomatic -- are going to get tested for the Zika virus," Schmuels said.

According to health officials, about half a dozen people infected in Wynwood were asymptomatic. Rosemary Jean said her father, Gabriel, is one of them.

"He don't have a fever. He didn't have nothing," Jean said. "He says he feels all right, he doesn't feel nothing."

The first locally transmitted case in Florida dates back to mid-June, so the CDC said women who traveled here after that should get tested.

Florida health officials are also going door to door, urging people to get rid of standing water where mosquitoes breed, and to cover up, even in the Miami August heat.