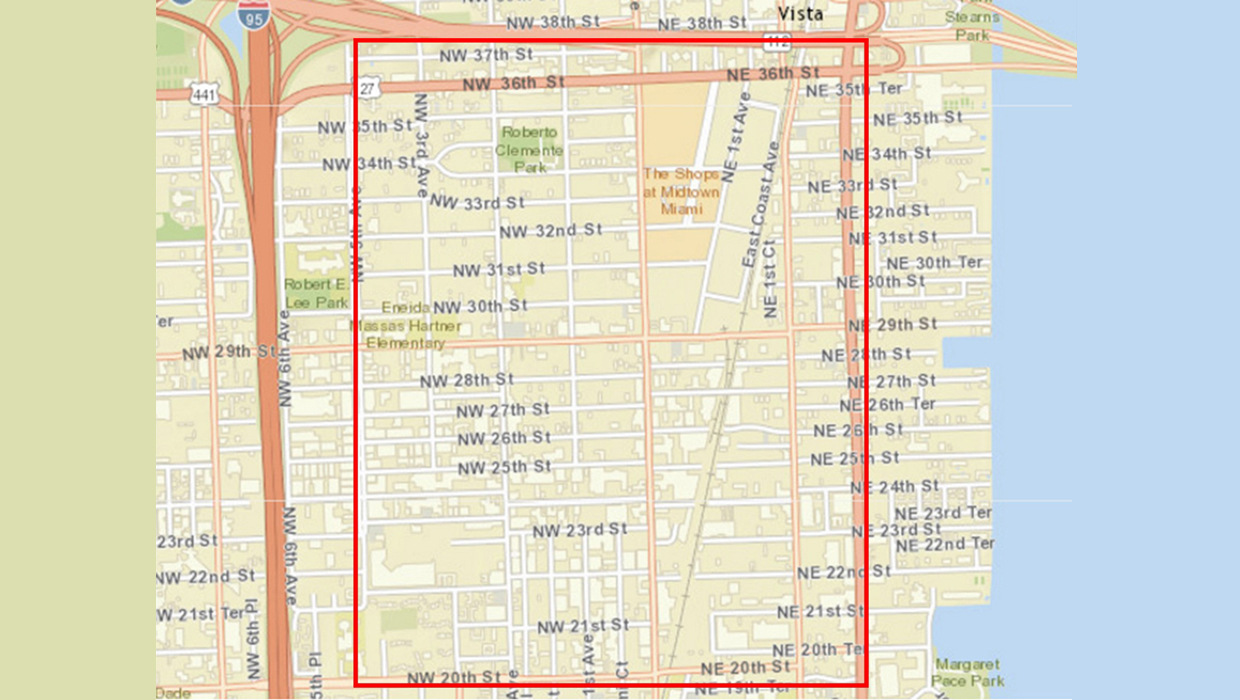 The CDC has issued an advisory urging pregnant women to avoid travel to the small area of Miami-Dade County in Florida where the Zika virus is being spread by mosquitoes.

The announcement comes after the Florida Department of Health confirmed Monday that 10 additional cases were transmitted through local mosquitoes in the one-mile radius just north of downtown Miami, bringing the total number to 14.

All of the infections are believed to have occurred in the Wynwood arts district, a trendy neighborhood of art galleries and open-air exhibits, bars, restaurants and boutiques.

In a press briefing today, CDC director Dr. Tom Frieden said that in addition to pregnant women avoiding travel to the Wynwood area, pregnant women who live and work there should take every precaution possible to avoid getting bitten by mosquitoes.

This includes using an insect repellent with DEET, wearing long pants and long sleeves, staying indoors with air conditioning or window screens, and eliminating all standing water in and outside of homes where mosquitoes could breed.

Zika can also be spread through sex, so men and women who visit, live or work in this area should use condoms to avoid pregnancy and prevent spreading the virus to their partners, Frieden said.

People who have visited this area since June 15th (when the first infection is believe to have occurred) or later should avoid getting pregnant for eight weeks, health officials advised. Pregnant women who have visited the area on or after this date should be screened for Zika.

Zika is usually mild in adults and often causes no symptoms at all, but it is a much bigger hazard for pregnant women because the virus can cause severe birth defects.

The travel warning covers an area of about one square mile, which health officials said was large enough to provide a buffer zone.

But some experts say people in a much wider area could be at risk. Dr. Peter Hotez, a tropical medicine expert at the Baylor College of Medicine in Texas, said the CDC should expand the travel advisory to include all of Miami-Dade County.

"If you're pregnant or think you might be pregnant, avoid travel to Miami, and possible elsewhere in South Florida," Hotez told The Associated Press. "I'm guessing most women who are pregnant are doing that. I don't think they're sitting around for the CDC to split hairs and fine-tune it to a specific area."

The narrower warning zeroing in on Wynwood is based on the assumption that the tropical mosquitoes that spread Zika can only travel about 150-200 meters. However, some research suggests that the mosquitoes are actually capable of flying -- and spreading the virus -- much farther, up to 800 meters.

"That would suggest public health department should be testing close contact and community members in a greater radius, and may currently be undercounting the number of infected people," said CBS News chief medical correspondent Dr. Jon LaPook.

At the Borinquen Health Clinic, at the edge of the Zika zone, health workers are handing out insect repellent to pregnant women, and as of today began taking even more safety measures.

"Basically we just started to make sure that all pregnant women, symptomatic or asymptomatic, are going to get tested for the Zika virus," Dr. Diego Shmuels, the director of clinical operations, told CBS News correspondent David Begnaud.

The CDC has sent an emergency response team to Florida to assist in the ongoing investigation.