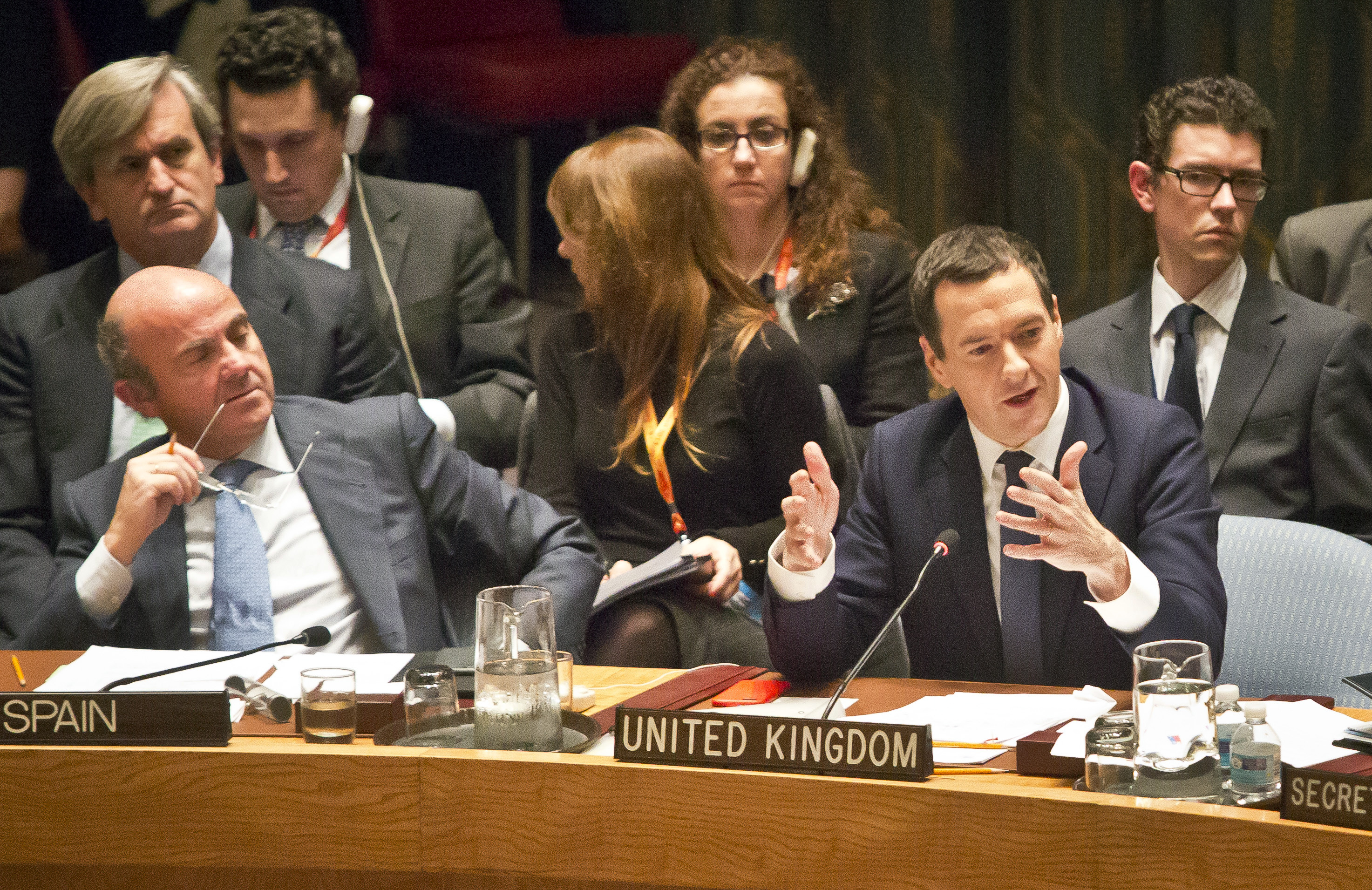 UNITED NATIONS-- U.S. Treasury Secretary Jacob Lew led the 15 member U.N. Security Council and a posse of ministers from world powers Thursday to unanimously pass a resolution to slash ISIS terror funding, with the goal of eviscerating the terror group's multi-billion dollar coffers and to reduce its ability to commit terror acts.

The U.N. resolution seeks to increase information sharing in order to cut ISIS financing from illegal oil revenue, drug smuggling, kidnappings, and the sale of antiquities from plundering of cities in Iraq and Syria. It includes strengthened tools to enforce the binding measures already in place, including an assets freeze, travel ban and prohibition on transferring arms, and it creates a new "association with ISIL" designation for affiliated terror groups.

In addition, the resolution calls on countries to criminalize financial transactions related to terror financing, to share information and to get the private sector involved in identifying where the money flows can be tracked. Finally, the Secretary General will now report on the findings.

The European Union Ambassador to the U.N., João Vale de Almeida, said, "There is no organized terrorism without financing. Cutting their money supply is critical to our success in stopping ISIL."

Lew presided because the U.S. is president of the Security Council for the month of December. He cautioned that acting on the proposals will be a challenge, saying, "This resolution is a critical step, but the real test will be determined by actions we each take after adoption."

U.K. Chancellor of the Exchequer George Osborne told reporters at a press conference after the vote, "The buck stops here."

Osborne told the Council that the resolution provides the authority "to go after not just the terrorists themselves but all the middle people involved in financing this organization."

Coordination of world powers to fight ISIS is gaining momentum and the U.N. resolution is set to attack the strength of the terrorist group by going after its wallet. The U.S.-Russia resolution was presented at the first meeting of finance ministers that the Security Council has had, hoping to tighten the longstanding economic sanctions regime that has, in the past, had holes.

Some nations were skeptical about how the provisions will work. Russia warned that some countries are not complying with the sanctions already in place against the Islamic State.

"Unfortunately, the obligations are not being implemented by all and everywhere," Russian U.N. Ambassador Vitaly Churkin told the council, and made the point that enhanced "responsibility for suppressing the channels for financing of ISIL unavoidably rests with states neighboring on Iraq and Syria."

The week before, Churkin was more explicit about the illegal oil trade, which Osborne said accounts for about 45 percent of ISIS' income, which estimated by some studies to be in the billions of dollars. Churkin cited the U.N. resolution adopted in February, in which countries were already obliged to provide information to the Security Council.

"That means the Americans had to provide such information, and of course Turkey, which should have reported any illegal trade going on there. They didn't do it," Churkin said.

France's Finance Minister Michel Sapin said, "There is no crime that Da'esh will not commit to finance itself," using another acronym used to identify ISIS.

Lew told the Council that ISIS's financing has "evolved from seizing territory and looting bank vaults to leveraging more renewable revenue streams: so far, ISIL has reaped an estimated $500 million dollars from black market oil and millions more from people it brutalizes and extorts."

In the end, the idea of trying to get at ISIS' funding was the message of the day.

New Zealand's U.N. Ambassador Gerard vanBohemen said, "Fundamentally, we need to deny ISIL, al Qaeda and their affiliates the resources to operate -- the oxygen that fuels the fire."