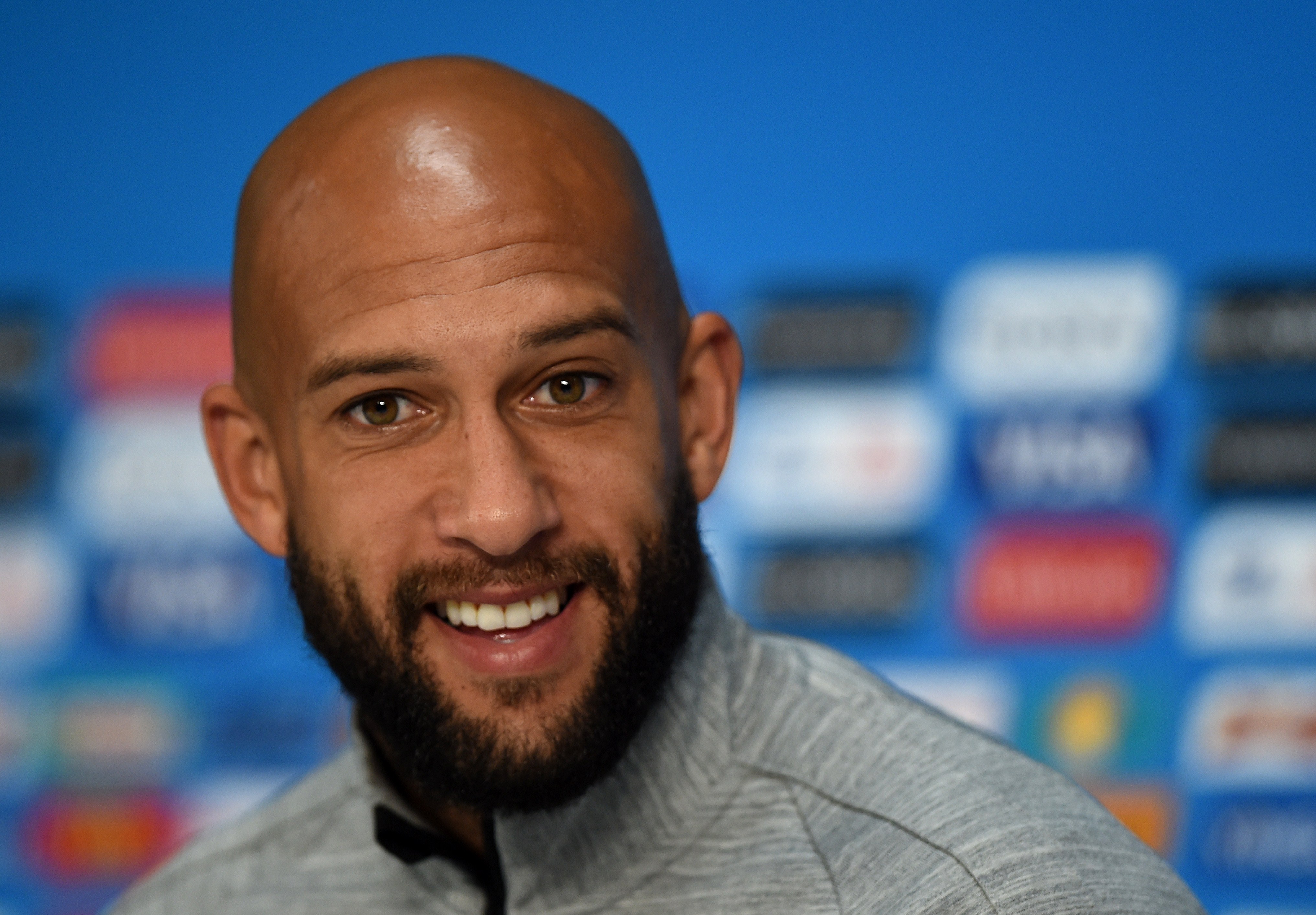 It happens almost every time the U.S. goalkeeper launches his solid, 6-foot-3 frame to make spectacular saves - diving, leaping and even punching the ball away for difficult stops.

There were a number of such moments Sunday night in a 2-2 tie against Portugal, and the Americans are counting on more of the same when they face three-time champion Germany on Thursday with a berth in the World Cup's knockout round at stake.

The 35-year-old Howard will reach an impressive milestone in the process: The Group G finale will be his 103rd international appearance, passing Kasey Keller for the most by an American goalkeeper.

Not that it's even on Howard's mind with the U.S. trying to reach the knockout stage of consecutive World Cups for the first time. The Americans were in position to advance Sunday before they surrendered a goal in the fifth minute of stoppage time in buggy, muggy Manaus. When Varela's header sailed into the net off a beautiful cross from two-time world player of the year Cristiano Ronaldo, Howard instantly put his hands on his head and sighed.

If only the game had ended about 30 seconds earlier.

"Football's cruel sometimes. It ebbs and flows," said Howard, who has seven saves through two games. "We try and take every result as it comes. Our training sessions have been light and lively. We've got a great chance in the Group of Death, they say, to go through and advance, so we're excited. I think we had one foot in the door, so there's a small bit of disappointment."

Howard, a New Jersey native and one of America's best-known soccer stars, told CBS News' Elaine Quijano that he feels the pressure at the World Cup.

"But pressure is good though, you know," Howard said. "It allows you to realize you are a part of something special."

One of the best goalkeepers in the world and a star with Everton in England's Premier League, Howard had 15 shutouts - one behind co-leaders Petr Cech of Chelsea and Wojciech Szczesny of Arsenal - in 37 league matches this season before joining the Americans last month for training camp in Northern California.

A back four of defenders that was scrutinized ahead of this World Cup for its lack of experience is quick to hug the big man. Howard's hollering is something each player considers one of the most important factors in keeping everybody organized.

"He had three or four huge saves. That's what we expect from him," central defender Matt Besler said. "One of Tim Howard's biggest qualities is his communication. He gets the best out of everybody. Everything starts with him. The organization. The confidence. He's talking to us almost too much it feels like, but it's great. I tell him I never want him to stop talking. Even if I know what to do, he's still telling me what to do. Everything kind of starts with him."

Portugal certainly peppered him with shot after shot from every angle.

Despite the near miss and late-game disappointment, coach Jurgen Klinsmann has all the confidence the U.S. will be ready to go again Thursday against his home country. He helped West Germany win the 1990 World Cup and then coached Germany to an improbable semifinal run on home soil in 2006.

"That's what a World Cup is all about, and you live through those emotions positively and negatively," Klinsmann said. "You've just got to kind of cross it off then and move on. And we're going to move on quickly. We're going to take this point now and we're going to do everything now gearing toward Germany."

There is some thought this could be Howard's World Cup. He signed a two-year contract extension with Everton in April that takes him through 2018 and a likely finish to his career with the club. Backup Brad Guzan is the U.S. No. 1 goalkeeper in waiting.

Before Howard contemplates his future with the national team, he hopes to extend this run for as long as possible.

"Realistically we've given ourselves every chance to advance, so we're optimistic," Howard said. "We're pretty much right where we wanted to be when we started this whole process. We wanted to be going into the last game feeling like we have a chance, and we do."

Howard told Quijano that he has a love-hate relationship with the game.

"I hate losing, but I love winning, and I think what I love most about the game now is trying to figure out a way to win or try and figure out how to get a team of people to win for me is amazing," he said.