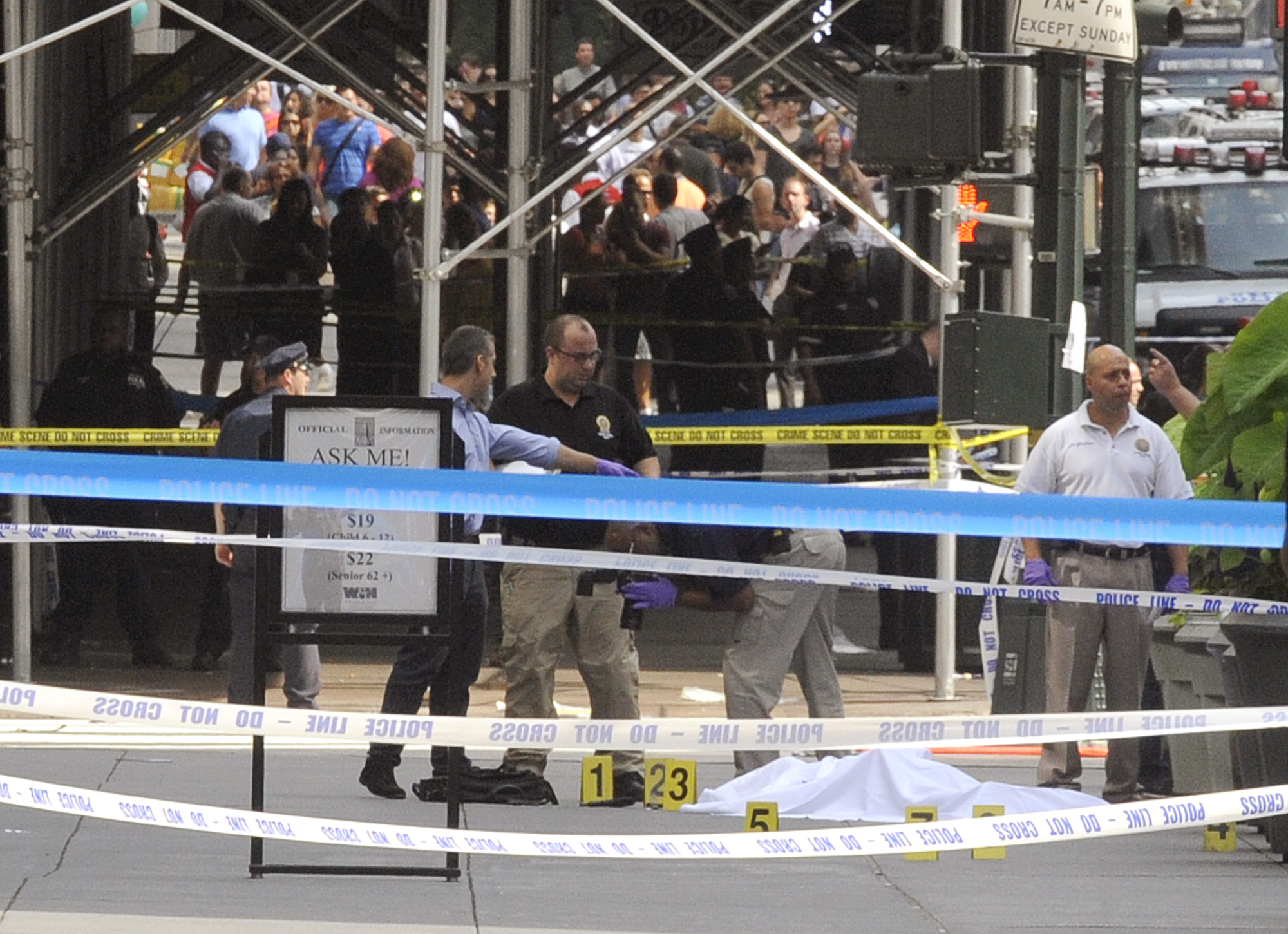 MINEOLA, N.Y. A North Carolina college student hit by police gunfire during a shooting outside the Empire State Building argued in a lawsuit Tuesday that the police department and the officers involved need better training to deal with such confrontations in the future.

Nine bystanders, including 32-year-old Chenin Duclos, were hit by police bullets, ricochets and fragments when two officers fired at a man suspected of gunning down a former co-worker outside the Manhattan landmark.

Duclos said in a lawsuit filed Tuesday in Manhattan's state Supreme Court that the department and the officers were "grossly negligent" in the way they handled the shooting — firing 16 shots on a crowded street outside one of the world's largest tourist attractions.

Amy Marion, an attorney representing Duclos in the lawsuit, said the NYPD needs to improve training.

"They consistently fail to properly train employees and officers in the settings they will encounter," she said.

City officials did not immediately comment on Tuesday's lawsuit. Police Commissioner Raymond Kelly and Mayor Michael Bloomberg said after the shooting that they believe the officers followed proper protocol.

Wearing a business suit and carrying an attache bag, Jeffrey Johnson waited for Steven Eroclino outside the Empire State Building in August and opened fire. He then slipped the gun into his bag and calmly walked up the street, police said. Two construction workers who witnessed the shooting followed him and notified the two officers stationed outside the skyscraper as part of the department's counterterrorism efforts. Video showed Johnson turning, facing the officers and raising his weapon as they opened fire.

The lawsuit contends police were "grossly negligent in not waiting to confront Johnson until he moved to a location where innocent bystanders were not present."

Marion said she believed the lawsuit filed by Duclos was the first since the shooting, although others have filed notices of claim, signaling their intention to sue.

Duclos is a resident of Chapel Hill, N.C., and is in her second year studying physical therapy at the University of North Carolina. She said recovery from her injuries, including a neck wound and a shattered femur, has slowed her education.

And if not for a detour through New York City, she said she may have never been shot.

She explained she had arrived by train at Grand Central Terminal and was walking with a friend across town to Pennsylvania Station to catch another train to a family reunion in New Jersey when she was shot as she crossed Fifth Avenue and 34th Street.

"I started to hear what I thought were gunshots," she said. "Everything happened really quickly. People were starting to run, screaming and yelling."

Moments later she felt what seemed like a punch to her left hip.

"All of a sudden I was on the ground," she said. "I couldn't move my leg; I knew I was hit by something but it was really hard to connect with the idea it would be a bullet."

She said she is still working with physical therapists on regaining her mobility, only using a crutch when absolutely necessary.