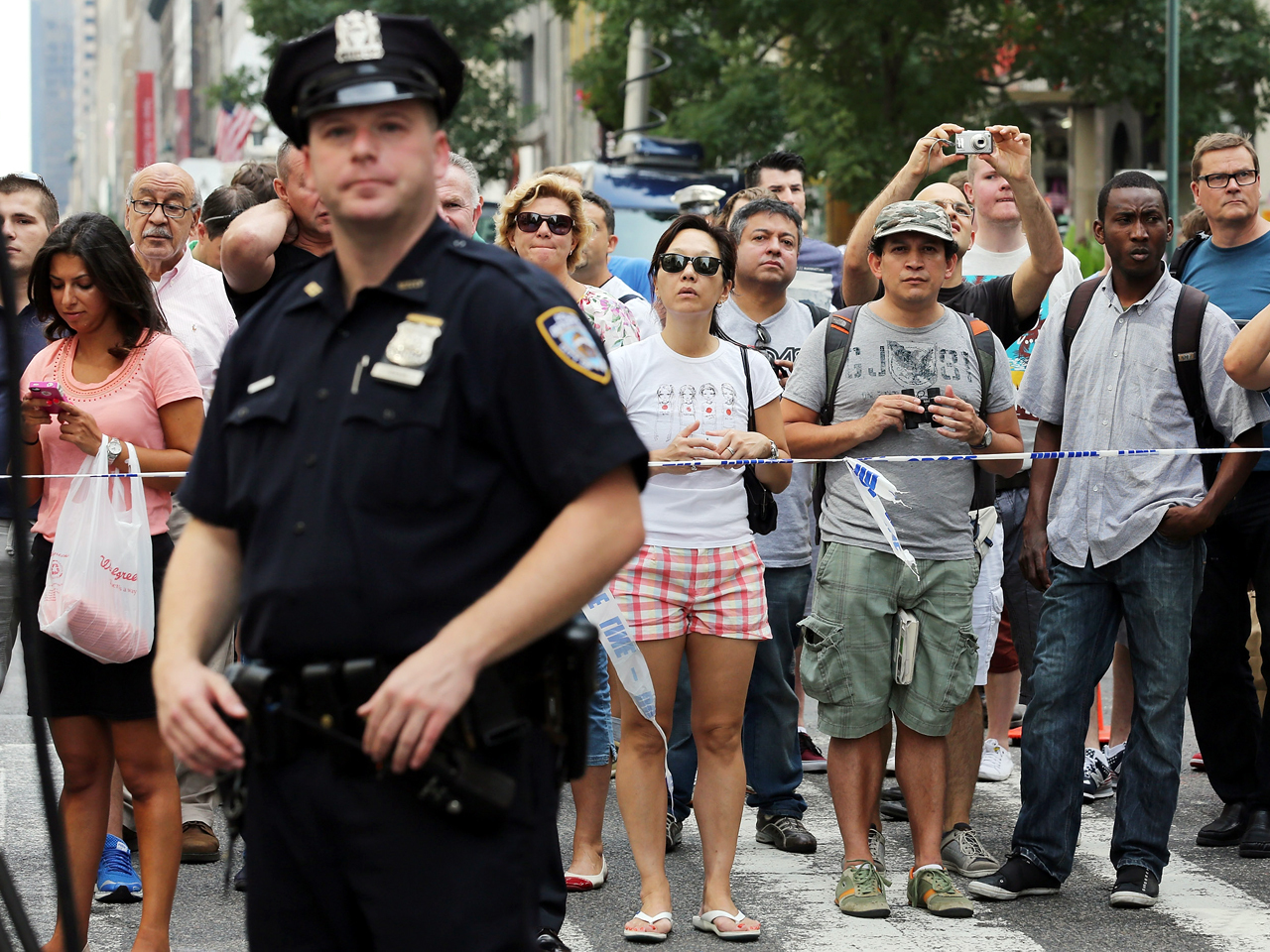 (AP) NEW YORK - The veteran patrolmen who opened fire on a gunman outside the Empire State Building had only an instant to react when the man whirled around and pointed a .45-caliber pistol at police as they approached him from behind on a busy sidewalk.

Officer Craig Matthews shot seven times, and Officer Robert Sinishtaj fired nine times, police say. Neither had ever fired their weapons before on a patrol.

The volley of gunfire felled Jeffrey Johnson, 58, in just a few seconds and left nine other people bleeding on the sidewalk.

In the initial chaos Friday, it wasn't clear whether Johnson or the officers were responsible for the trail of wounded. But based on ballistic and other evidence, "it appears that all nine of the victims were struck either by fragments or by bullets fired by police," Police Commissioner Raymond Kelly told reporters Saturday at a community event in Harlem.

Police officials have said the officers appeared to have no choice but to shoot Johnson, whose body had 10 bullet wounds in the chest, arms and legs.

Police determined that three people were struck by whole bullets - two of which were removed from victims at the hospital - and the rest were grazed "by fragments of some sort," Kelly said.

Two women with leg wounds and a man with a wound to his buttocks required surgery and remained hospitalized Saturday. They were listed in stable condition.

Both Matthews, 39, and Sinishtaj, 40, joined the nation's largest police department 15 years ago. The union representing the two officers didn't immediately respond to a message seeking comment.

The officers confronted Johnson as he walked down the street after gunning down a former co-worker on the sidewalk outside the office they once shared. The shooting happened as the neighborhood bustled with people arriving for work.

The gunman and his victim, Steve Ercolino, had a history of workplace squabbles before Johnson was laid off from their company, Hazan Import Corp., a year ago. At one point, the two men had grappled physically in an elevator.

A security videotape from the scene Friday shows several civilians - including three sitting on a bench only a few feet away - scattering as the officers opened fire.

Below, watch a report for "CBS This Morning" from correspondent Elaine Quijano on the bad blood between Johnson and Ercolino prior to the shooting