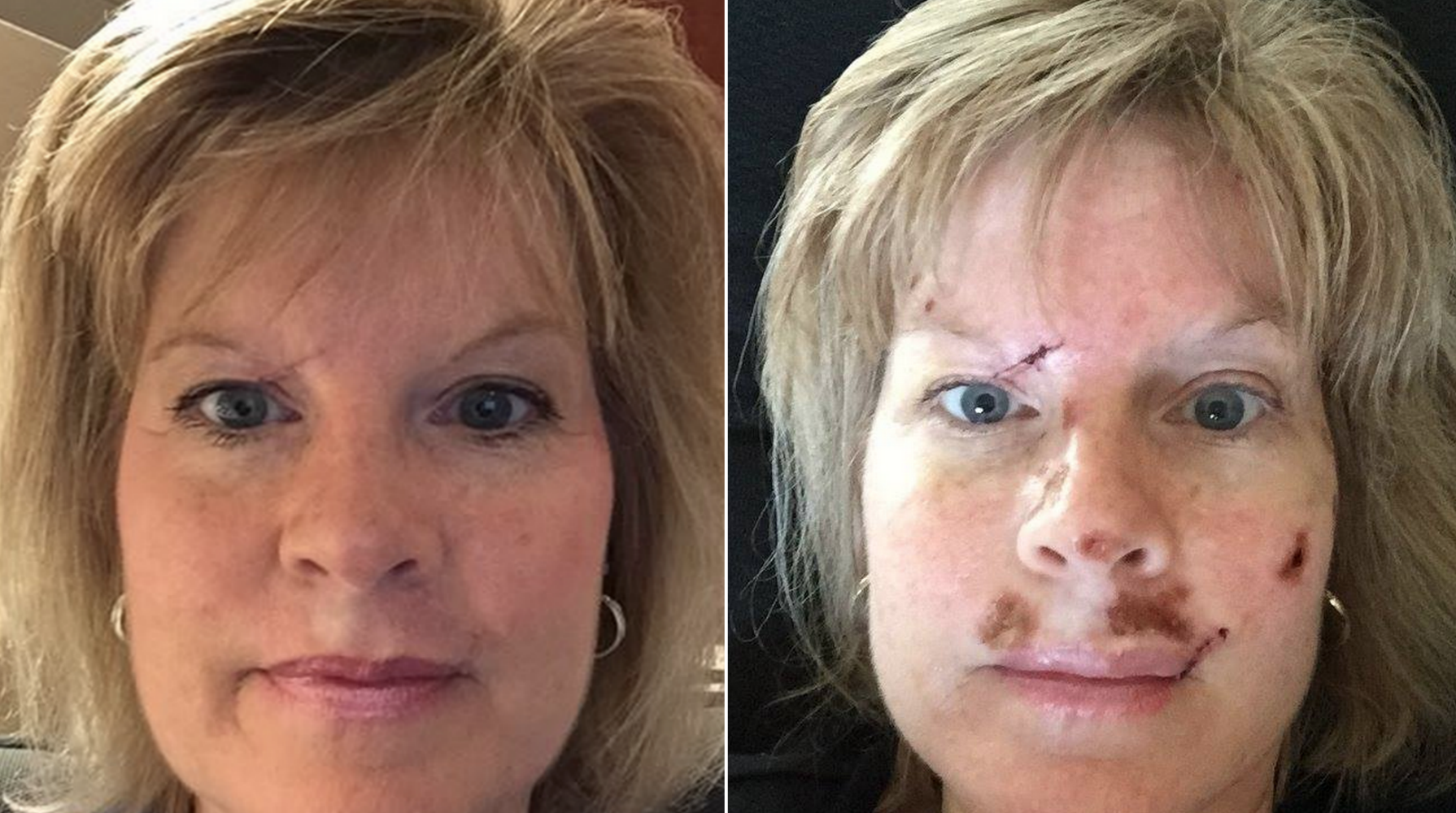 If you're still not convinced that occasional sunburns and trips to the tanning salon could lead to skin cancer, Judy Cloud's skin cancer selfies may do the trick.

The 49-year-old Indiana woman had 23 cancerous spots on her body surgically removed in her latest operation -- and blames it on what she describes as a carefree adolescence.

"This is the result of using tanning beds when I was younger," Cloud writes in a Facebook album that documents her journey. "This is the result of having numerous sunburns as a child and teen, and not being religious about applying sunscreen, and staying out in the sun far too long as a teen and into my 20's and even early 30's."

A darker skin tone does not protect you or allow baking in the sun for hours on end, Cloud warned.

"Getting a tan is not worth dying for," Cloud told CBS News.

It is estimated that more than one in five Americans will be diagnosed with skin cancer -- the most common cancer in the U.S. -- in their lifetime, according to the American Academy of Dermatology. About 8,500 people get a skin cancer diagnosis in the U.S. each day.

But that doesn't stop many people from soaking up the sun without applying sunscreen or paying regular visits to tanning booths.

"I hear too many people say that they feel better about how they look after they go to a tanning bed or after they bake in the sun for hours on end," she continued. "Look at the pictures. This could be you."

While being diagnosed with skin cancer is scary enough, the surgeries are even worse, Cloud says.

Using 19 photos to document her post-operation recovery process, Cloud pointed to stitches, deep wounds and scabs that will eventually turn into scars.

She's had four skin cancer-related surgeries over the span of 20 years.

At 29 years old, Cloud was told a little spot on her face that resembled a pencil eraser was skin cancer.

"That was the beginning," Cloud recalled. "It can always come back."

Getting a cancerous spot removed is not a quick and painless process.

Cloud is still recovering from her most recent surgeries, which took place in September. The 49-year-old has 3-inch scars on her chest, a 2.5-inch scar on her forehead and scalp, and numbness in her face where cancer reached a nerve.

In addition to the physical toll, the medical costs add up. "Total billed for my outpatient procedure? $26,845.87," she writes.

If showing off scars and stitches will stop a young girl from hitting the tanning booth or beach without sunscreen, Cloud said it was worth it.

"You can talk till you're blue in the face about skin cancer; people are not going to listen," Cloud said. "But if you put a face to it they may be more inclined to listen."