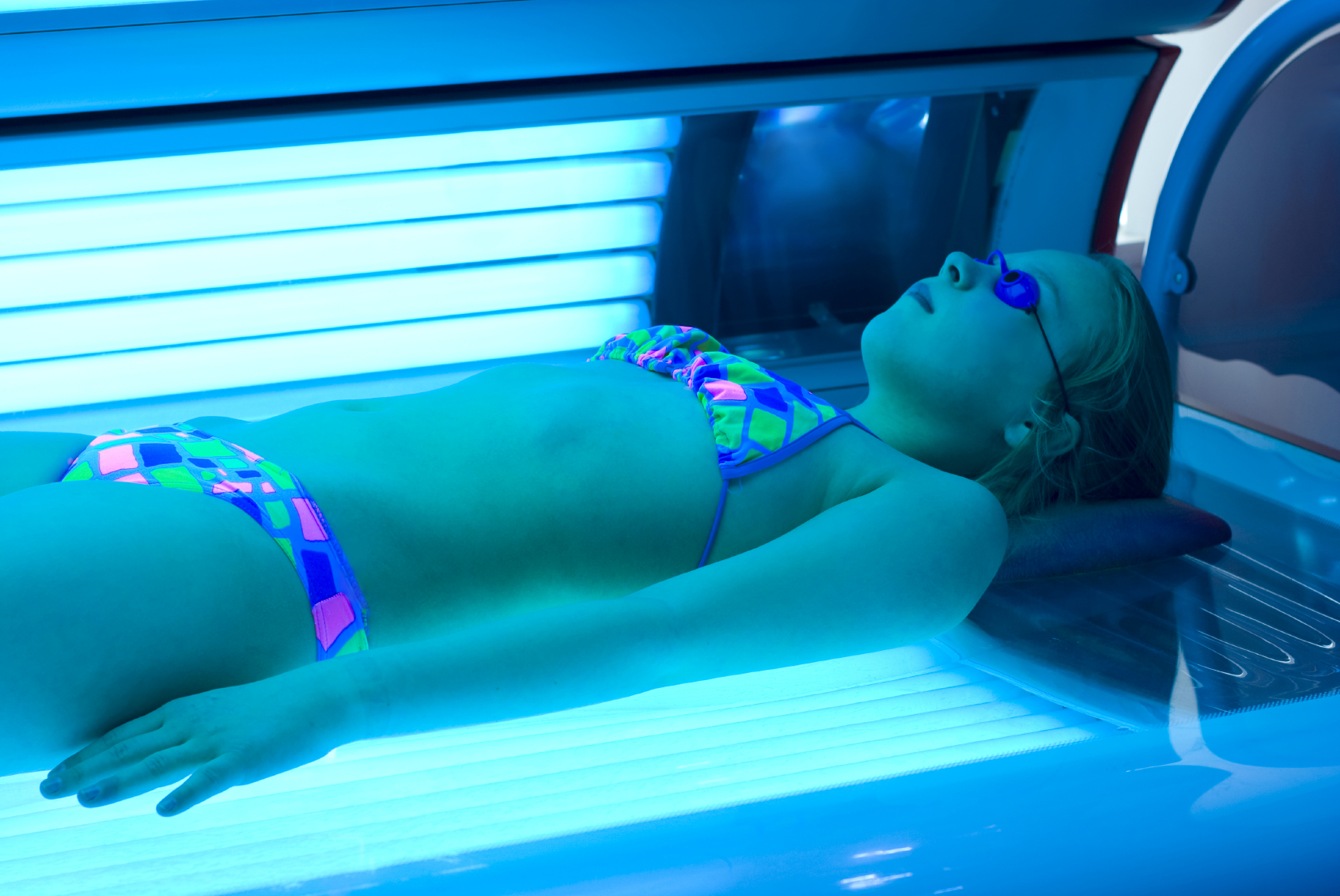 Women under 40 who started indoor tanning at a younger age and tanned more often have a higher risk of being diagnosed with melanoma, the deadliest form of skin cancer, a new study shows.

University of Minnesota researchers wanted to look at the relationship between melanoma in younger adults and indoor tanning because they're seeing more and more women and men under age 50 with the condition, said study author DeAnn Lazovich, an associate professor in the School of Public Health and the Masonic Cancer Center at the University of Minnesota.

The authors were particularly interested in younger women's indoor tanning habits because rates of skin cancer are rising notably in this population, she said.

"This is one of the first studies to look at the relationship between indoor tanning and melanoma broken down by gender and age group," said Lazovich.

The study included 681 patients diagnosed with melanoma between 2004 and 2007, and 654 patients without skin cancer, whose ages ranged from 25 to 49 years old.

Among the patients with melanoma, 68.3 percent were women.

The researchers found that women were two to six times more likely to develop melanoma if they had tanned indoors, Lazovich told CBS News.

Compared with women ages 40 to 49, women younger than 40 reported starting indoor tanning at a younger age (at 16 years old, versus 25) and they reported more frequent indoor tanning (an average of 100 sessions, versus 40), the study revealed.

"All women under the age of 50 were at an increased risk of melanoma if they had tanned indoors," said Lazovich.

The relationship of indoor tanning to melanoma diagnosis was less clear among men. But the authors did note that men were less likely to report indoor tanning use compared with women (44 percent compared to 78 percent). The study is published in JAMA Dermatology.

Tina Alster, clinical professor of dermatology at Georgetown University School of Medicine, said, "What's nice about this particular study is it did target that younger age group. That particular demographic has been associated with an increasing risk of melanoma more than any other demographic."

"People need to know how pervasive an activity indoor tanning is," said Alster, explaining that it exposes people to skin damaging UVA and UVB rays.

Alster said approximately 35 percent of all American adults, and almost 60 percent of college students, have reported using a tanning bed in their lifetime.

"Tanning beds actually produce more radiation than the sun in many cases, depending on the unit used. But clearly, the amount of radiation is very similar to the sun," Alster said.

Alster said she'd like to see tanning beds banned for adults and minors, but especially minors. "Just like with smoking and drinking, and adults need to be clearly told that this has been definitively linked to skin cancer," Alster added.

Skin cancer is the most common cancer in the United States, where melanoma rates doubled from 1982 to 2011, according to the CDC.

Indoor tanning for children under age 18 would be banned under a proposal made by the Food and Drug Administration in December. The agency's aim is to reduce skin cancer linked to tanning beds.

The American Academy of Pediatrics backed the FDA's proposal as well. "There is no safe level of tanning bed use for young people," AAP president Dr. Sandra Hassink said at the time.

In an accompanying editorial published today in JAMA Deramtology, CDC health care economist Gery Guy, Jr., wrote that the new study "highlights the need to address indoor tanning among young white women, among whom indoor tanning is most common."

"Ongoing surveillance can be used to determine the impact of policies on reducing the use of indoor tanning and the incidence of melanoma," said Guy.