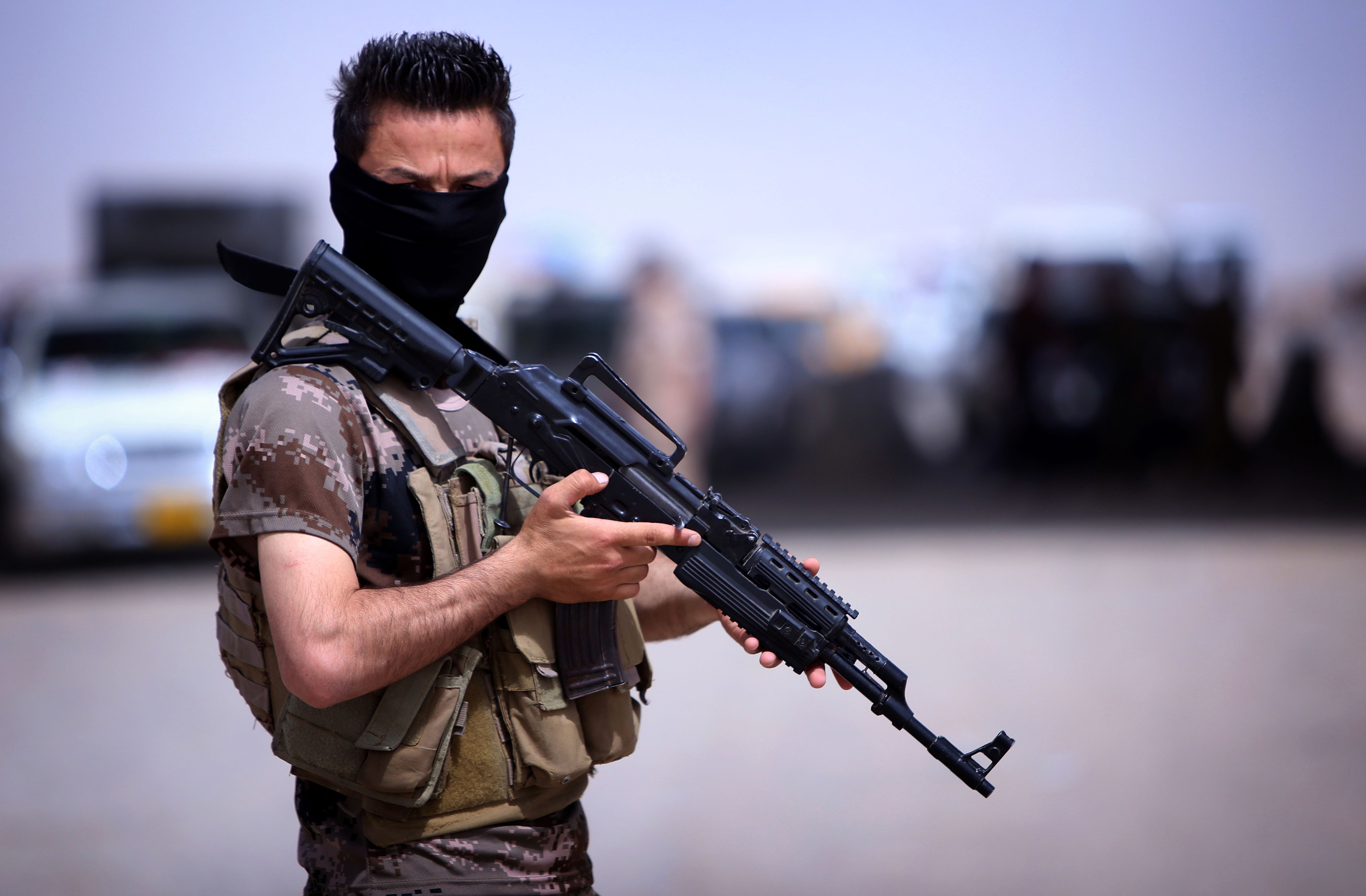 There's precious little agreement about what the U.S. should do to stem the rising tide of violence in Iraq, where extremists aligned with the Islamic State of Iraq and the Levant (ISIS) have steadily gained power and territory through a bloody military campaign over the last few months.

Nearly everyone, though, agrees that doing nothing is not an option.

Policymakers in President Obama's administration and Congress say America has a vital national interest in preventing the advancing jihadists from gaining a permanent foothold in the region, or worse, ousting Iraq's central government.

That possibility was barely entertained at the start of the year, but it emerged as a genuine fear this week after militants seized Mosul, Iraq's second largest city, and executed several devastating terror attacks in Fallujah, a regional hub only 40 miles west of Iraq's capital Baghdad.

Republicans in Congress have urged the administration to use American air power to help Iraq's government fend off the insurgency. The president said Friday that he'd requested a number of options, excluding American boots on the ground, from his national security team. "Nobody has an interest in seeing terrorists gain a foothold inside of Iraq," he said, "and nobody is going to benefit from seeing Iraq descend into chaos."

If Baghdad falls, or if the extremists entrench themselves in the territory they've already captured, the consequences for American security interests in the region and around the globe could be severe, analysts say.

Those outcomes would almost completely erase the security gains purchased by America's nearly nine-year war in Iraq, rendering the U.S. investment of blood and treasure all for naught.

Left unchecked, the violence in Iraq could also aggravate regional unrest and throw kerosene on the ongoing civil war in Syria.

Perhaps most dangerously, if Islamist extremists are able to gain a permanent foothold in Iraq and Syria, they would have a safe haven to plan terrorist attacks -- an advantage they haven't enjoyed since al Qaeda convened in Afghanistan before 9/11.

Preserving the gains of the Iraq War

President Obama said Friday that America invested too much during its war in Iraq to now watch the country slip into chaos.

"We have enormous interests there, and, obviously, our troops and the American people and the American taxpayers made huge investments and sacrifices in order to give Iraqis the opportunity to chart a better course, a better destiny," he said, urging Iraq's political leaders to seek reconciliation.

At a conference in London on Friday, Secretary of State John Kerry underscored the president's point.

"Iraq is a country we've had a very direct relationship with, very direct investment and engagement with, not to mention the lives of our soldiers who were lost there, providing this opportunity to them," he said. "And I don't think anybody in the region, or in this administration, believes it is in the interest of the United States to turn our backs on that."

And House Speaker John Boehner, R-Ohio, said Thursday the progress made by America's war in Iraq is "clearly in jeopardy" as militants advance on Baghdad.

"Hundreds of thousands of U.S. troops fought there to remove [Saddam Hussein] and to bring stability to Iraq," former CIA Deputy Director Michael Morell told CBS News. "It is a real shame to see that stability erode, and it's now virtually gone."

The president on Friday acknowledged that some of the violence in Iraq was spilling over from neighboring Syria, where ISIS has been fighting the government of Syrian President Bashar Assad for several years now.

"Over the last several days, we've seen significant gains made by ISIL, a terrorist organization that operates in both Iraq and in Syria," he said. "We have an interest in making sure that a group like ISIL, which is a vicious organization and has been able to take advantage of the chaos in Syria, that they don't get a broader foothold."

Extremists "are moving back and forth between Syria and Iraq," Sen. John McCain, R-Ariz., told MSNBC on Friday. "Our failure to help the resistance in Iraq, our failure to give these people the help they needed when we could have gotten rid of Bashir Assad -- those chickens are coming home to roost as well."

If ISIS can anchor itself in Iraq, CBS News Senior National Security Analyst Juan Zarate warned, it could increase the length and ferocity of Syria's civil war and further undermine regional stability.

Perhaps most chilling of all is the possibility that ISIS could establish a safe haven in Iraq and Syria to begin planning terrorist attacks against the U.S. or other targets.

Iraq is a "faraway place," McCain warned in a floor speech on Thursday, but an extremist takeover would pose a "direct threat to the United States of America."

Sen. Lindsey Graham, R-S.C., cut straight to the point in his own floor speech on Thursday: "The next 9/11 is in the making as we speak."

ISIS ensconcing itself in western Iraq "could mean a base of operations from which they could attack the United States," explained Morell. "And that's something we really have to worry about."

"The successor to al Qaeda in Iraq is on the march," warned Zarate. "They have a safe haven, and now they have money, materiel, and momentum."

"This is really the worst case scenario you can imagine from a counterterrorism perspective -- bad guys controlling major cities in Iraq," he said. "This group, like other al Qaeda groups, has embedded in their minds and in their program the global jihadi DNA. They want to attack the West."

Mr. Obama nodded at that fear himself on Friday. "Given the nature of these terrorists," he said, their strengthening presence in Iraq "could pose a threat eventually to American interests as well."

Iraq has the world's fifth largest proven oil reserves. The violence there has thus far steered clear of the major oil fields and refineries in the country's southern region, avoiding any major disruptions in the supply of oil. But that could change as conditions on the ground evolve.

"Prices have jumped to nine-month highs as the upsurge of violence in Iraq has raised additional risk of supply disruption," Gene McMillan, an analyst and broker with Tradition Energy, told Bloomberg News. "The situation in Iraq is going to continue to guide the market for a while."

And any major bottleneck or interference in the supply of oil from the region could spell drastic consequences for the U.S. economy.

If ISIS is able to "obtain control over major output, significant refineries" in Iraq, the president said Friday, "that could be a source of concern."

"World oil markets react to any kind of instability in the Middle East," he explained. "One of our goals should be to make sure that in cooperation with other countries in the region not only are we creating some sort of backstop...if there do end up being disruptions inside of Iraq, that some of the other producers in the Gulf are able to pick up the slack."