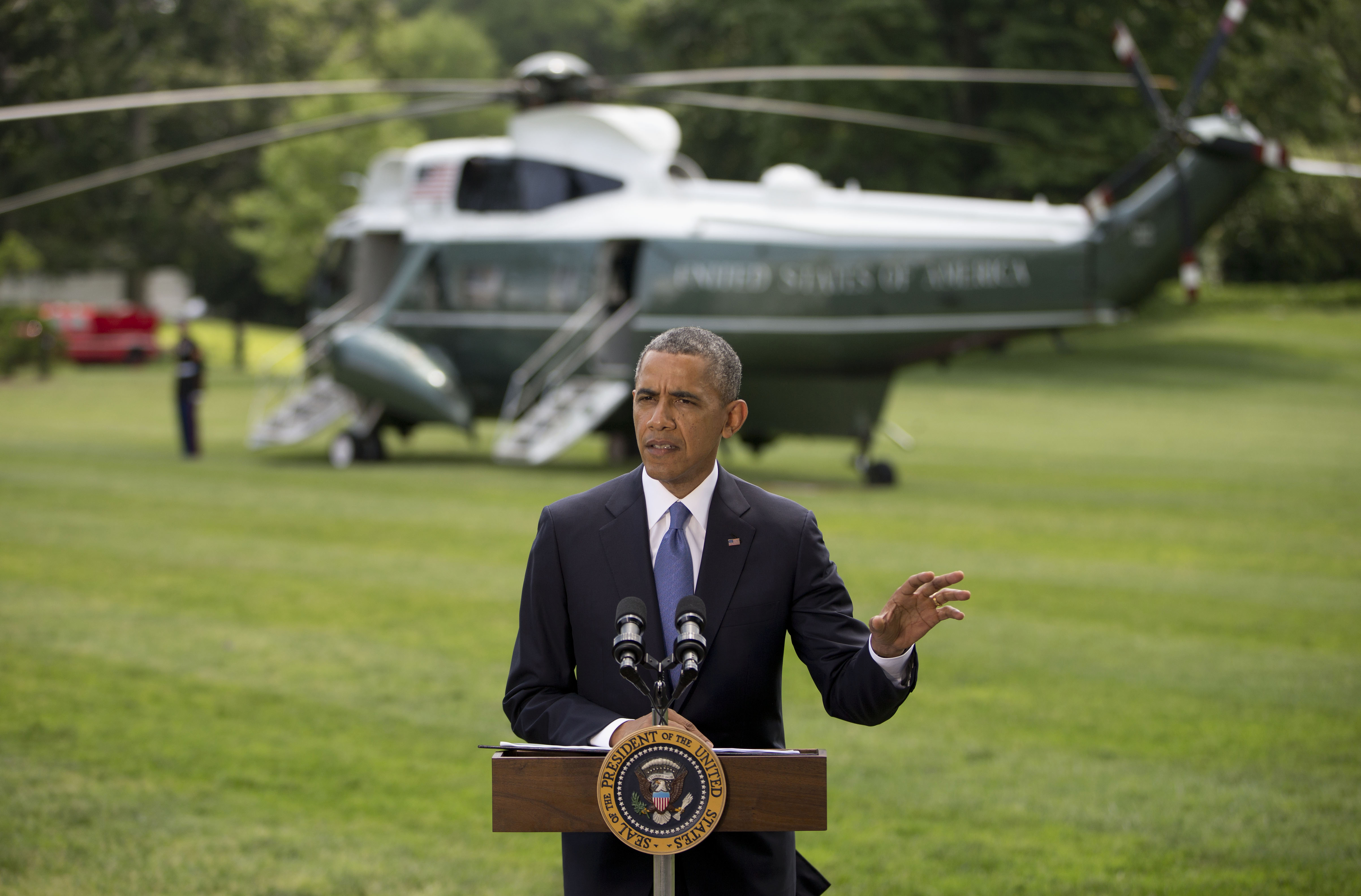 President Obama said Friday that the mounting violence in Iraq should be a "wake up call" for Iraq's leaders, committing the U.S. to help halt the advance of Islamist extremists, but saying that an ultimate resolution must come from Iraq's political leaders.

Mr. Obama said the U.S. would not be sending troops back into combat in Iraq, but "I've asked my national security team to prepare a range of other options."

The president stressed that the violence is "not brand new," saying the U.S. has been "steadily ramping up our security assistance to the Iraqi government" over the last year.

At the same time, he added, the crisis in Iraq is not "primarily a military challenge."

"Any action that we may take...has to be joined by a serious and sincere effort by Iraq's leaders to set aside sectarian differences, to promote stability," he said. "We can't do it for them, and in the absence of this type of political effort, short term military action...won't succeed."

Islamist militants in Iraq, under the command of the Islamic State of Iraq and Syria (ISIS), have steadily advanced their position in recent months, gaining strength and expanding their control of territory.

In January, they captured Fallujah, a regional hub just 40 miles west Baghdad, raising fears of an incursion into the Iraqi capital. The fighting took another dramatic turn this week when ISIS militants seized Mosul, Iraq's second-largest city and the heart of the Kurdish community in northern Iraq.

The urgency of the crisis was again underscored Friday when a double suicide bombing targeted a building housing dozens of Iraqi military personnel outside of Fallujah. The explosion reportedly demolished the building outright, and only a handful of troops who were outside at the time survived the attack.

The Iraqi government under Prime Minister Nouri al-Maliki has struggled to formulate a coherent response to the threat, and his government has reportedly requested American air strikes to help halt the terrorists' advance.

The burgeoning violence has sparked calls for action from Republicans and Democrats in Congress, who have urged the administration to lay out a plan to prevent terrorist groups from gaining any more strength or territory.

Republican critics like Sen. John McCain, R-Ariz., and House Speaker John Boehner, R-Ohio, have accused the administration of failing to act quickly enough to quell the violence. Boehner said Thursday that the president has been "taking a nap" as Iraq disintegrates.

"The United States has and will continue to have vital national interest in Iraq," he said, "but the progress made there is clearly in jeopardy."

McCain said Friday the president had invited the crisis by failing to secure a residual American troop presence in Iraq after America's almost-nine-year war there ended in 2011.

Sen. Lindsey Graham, R-S.C., also called for air strikes from the Senate floor on Thursday, warning that Baghdad is "definitely in jeopardy" if the U.S. does not act quickly to assist the Iraqi military.

President Obama did not comment specifically on the possibility of air strikes on Friday, saying only that his national security team is appraising a range of options.

"The White House has a history of 'considering all options' while choosing none," McKeon said in a statement Friday. "There are no quick fix solutions to this crisis and I will not support a one shot strike that looks good for the cameras but has no enduring effect. What is needed here is a new strategy for our regional engagement, adequate resourcing of our national security enterprise, and renewed American leadership."

And House Foreign Affairs Chairman Ed Royce, R-Calif., called for drone strikes to turn the tide. "The President and his team need to be acting urgently - not 'reviewing options in the days ahead,'" he said in a statement. "We shouldn't have boots on the ground, but we need to be hitting these columns of terrorists marching on Baghdad with drones now."

Democrats, too, have urged the president to lay out a plan to stop the advancing militants, but Sen. Carl Levin, D-Mich., said in a statement Thursday that it's "unclear" that air strikes or other U.S. military involvement would succeed in halting the violence.

"While all options should be considered," he said, "the problem in Iraq has not been so much a lack of direct U.S. military involvement, but a lack of reconciliation on the part of Iraqi leaders."

CBS News will be covering the latest developments extensively tonight on the Evening News, with Holly Williams in Erbil, Clarissa Ward in Baghdad and Elizabeth Palmer in Damascus, Syria.