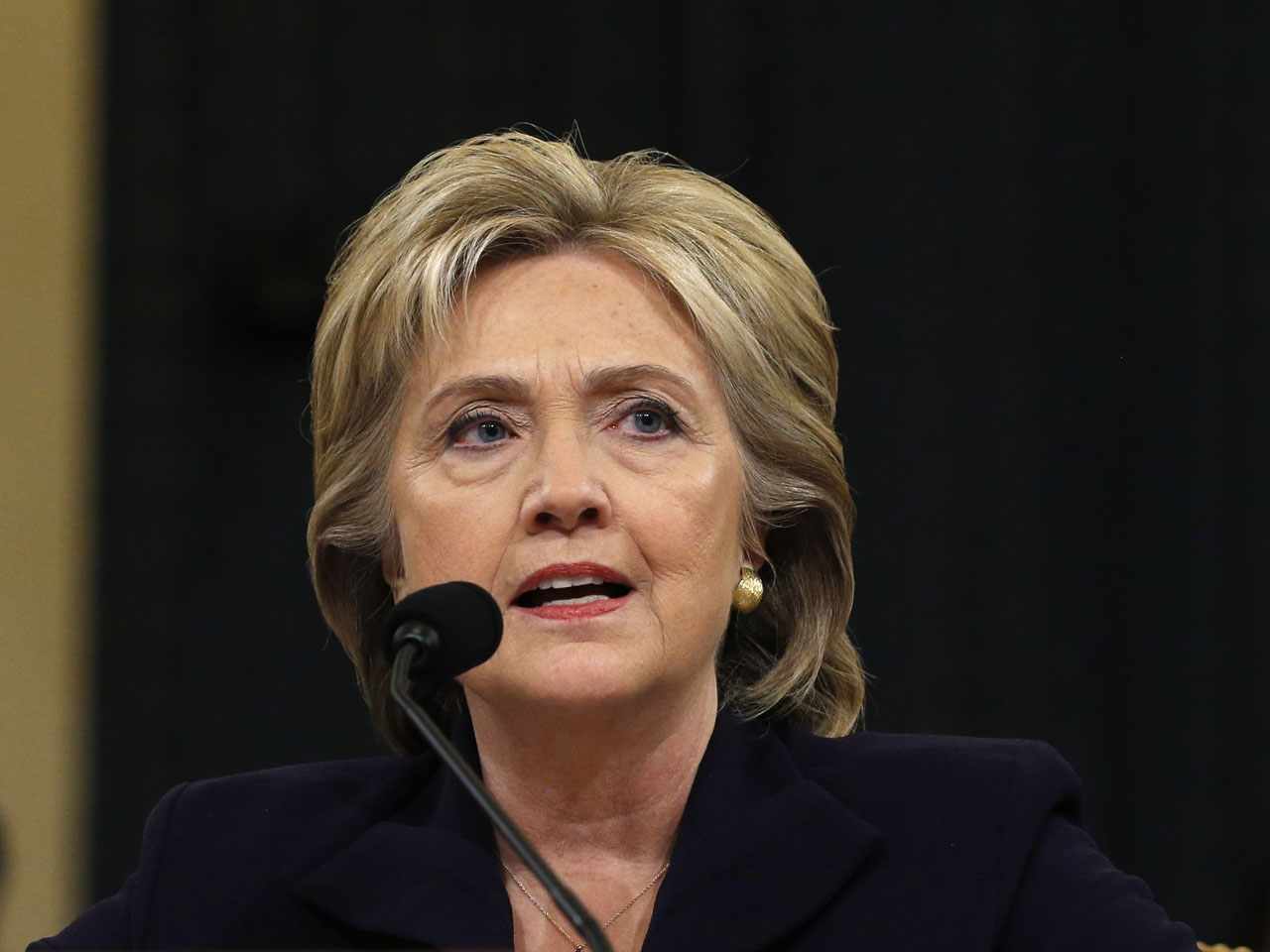 WASHINGTON -- House Republicans who grilled Hillary Clinton on Capitol Hill on Thursday said that they would keep their focus on the attacks in Benghazi and off the politics of Clinton's email server. While members of the committee investigating the attacks stayed mostly true to that promise, Clinton's emails nevertheless loomed large over the hearing.

Rep. Trey Gowdy, R-South Carolina, the chairman of the House Select Committee on Benghazi, reiterated his commitment to finding the facts about what took place in Benghazi in his opening statement.

"Not a single member of this committee signed up to investigate you or your email," he said, referring to the private email server set up at Clinton's home that hosted the email address she used as Secretary of State. "We signed up to investigate and therefore honor the lives of four people that we sent into a dangerous country to represent us and to do everything we can to prevent it from happening to others."

But Gowdy and other members referred to Clinton's emails often throughout the hearing, which had nearly reached its five hour mark when it recessed for votes late in the afternoon. Hundreds of pages of Clinton's email correspondence were provided to the committee by the State Department.

Rep. Jim Jordan spent much of his allotted ten minutes in the first round of questioning reading from emails, both that Clinton sent and that contained readouts of phone calls, charging that she gave different explanations to different parties, including her family and Libyan officials. He showed a slide of one of Clinton's staffers' emails shortly after the attack.

"I can only conclude, by your own records, that there was a lack of interest on Libya in 2012," Brooks said. She went on to ask what kind of "culture" Clinton had created at the State Department where emails were not exchanged about two attacks on the diplomatic compound in Benghazi.

Clinton responded by saying she did not have a computer in her office at the State Department and that she communicated with her staff in person in meetings and through secure phone calls and received and read classified memos.

"I did not email during the day, except on rare occasions," Clinton said. "I didn't conduct the business that I did primarily on email. That is not how I gathered information, assessed information, asked the hard questions of the people that I worked with."

One point of particular contention between Clinton and her questioners concerned who could readily reach Clinton through her personal email. Rep. Lynn Westmoreland asked Clinton if Ambassador Chris Stevens, who was killed in the attack in Benghazi, had her personal email address like Sidney Blumenthal did. Blumenthal, a longtime friend to Clinton, frequently sent Clinton unsolicited emails with his advice and assessments which Clinton sometimes forwarded to her aides.

"I would have let you know that I was in danger, and that the situation had deteriorated to a point, I needed you to do something," Westmoreland said of Stevens. "Did he have your personal email?"

When Clinton said Stevens did not, some of the other members piled on.

"Mr. Blumenthal wrote you 150 emails. It appears from the materials that we've read that all of those reached your desk," Rep. Mike Pompeo said. "Can you tell us why security requests from your professionals...trained in the art of keeping us all safe, none of those made it to you?"

Clinton distanced herself from Blumenthal, while maintaining throughout the hearing that Stevens was always in close contact with her aides, some of which she met with daily.

"You didn't need my email address to get my attention," Clinton said in response to a question by Rep. Loretta Sanchez.