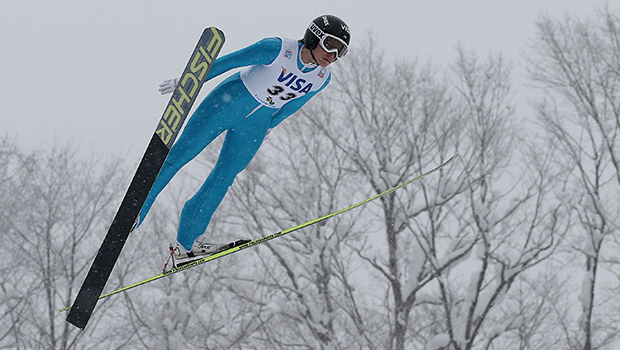 It's hard to find an Olympic athlete who isn't working with scientists and engineers, either to perfect their training or to design the latest equipment.

"There's no way you're going to get to the Olympics without technology. It's in the equipment, it's in the apparel design, it's in the training science," says Kim Blair, Ph.D. Blair is an apparel technologist who has worked with Olympic cyclists and skiers as a vice president at Cooper Perkins in Boston. He's also the president of the International Sports Engineering Association. "In order to be competitive you have to have the top engineering talent and the top facilities working on your equipment," he told CBS News.

But there is a line. When technology completely changes the competition, sports fans and governing organizations start to push back.

In 1994, ski-suit maker Spyder introduced SpeedWyre. Running the length of the arms and legs of the ski suit, the rubber-like exterior piping reduced drag by as much as 40 percent. It was so incredible that the international governing body of skiing, FIS, banned it from competition after just two seasons.

More than a decade later, the governing body of swimming, FINA, famously banned a full-body swimsuit. Designed with NASA's help, the suit helped swimmers to crush more than 100 world records between 2008 and late 2009. Critics called it technological doping - using technology to gain a superhuman advantage.

In ski jumping, the suits are also closely regulated.
"Buoyancy with the ski jumping suit is actually not a whole lot different than the buoyancy that caused all the problems with the swimming suit," explains Blair. "If the suit is more buoyant, it allows the person to float more... And if they stay lifted that little bit longer, the next thing you know they're flying that much further and then out-jumping the course."

According to current rules, at least 40 liters of air must be able to pass through the fabric, so that the suits cannot hold too much air or become buoyant.

"In the old days, they would take a suit and have the front pass 60 or 70 liters. The back, they would seal so no air could get out, so it would blow up like a balloon in the air," explains Alan Johnson, U.S. men's ski jumping's athletic director.

Too much fabric also offered an advantage. "Adding that surface area to your flight position can make 10 meters difference," says Johnson. In the early 2000s, the suits "changed at least once a year or twice for three years while they experimented with trying to come up with the optimal suit for safety and fairness."

By 2011, the skiing governing body, FIS, mandated that the suits must be also be skin tight. There cannot be more than two centimeters of extra fabric in the underarms or the crotch. Fit changes when the athletes' weight fluctuates even slightly, so the U.S. coach now travels with a commercial sewing machine just in case they need last-minute adjustments.

But tighter suits required the skiers to travel faster in order to jump as far. And since they started skiing faster, there have been more injuries. After this year's Olympics, Johnson says, FIS will be looking into overall safety of the skintight suits.

Other governing bodies regulate materials that can be used in bobsleds and many other pieces of equipment. There are limitations on the weight and length of equipment, as well. But savvy engineers work within these boundaries while continuing to push the limits and maximize the performance of some of the world's greatest athletes.