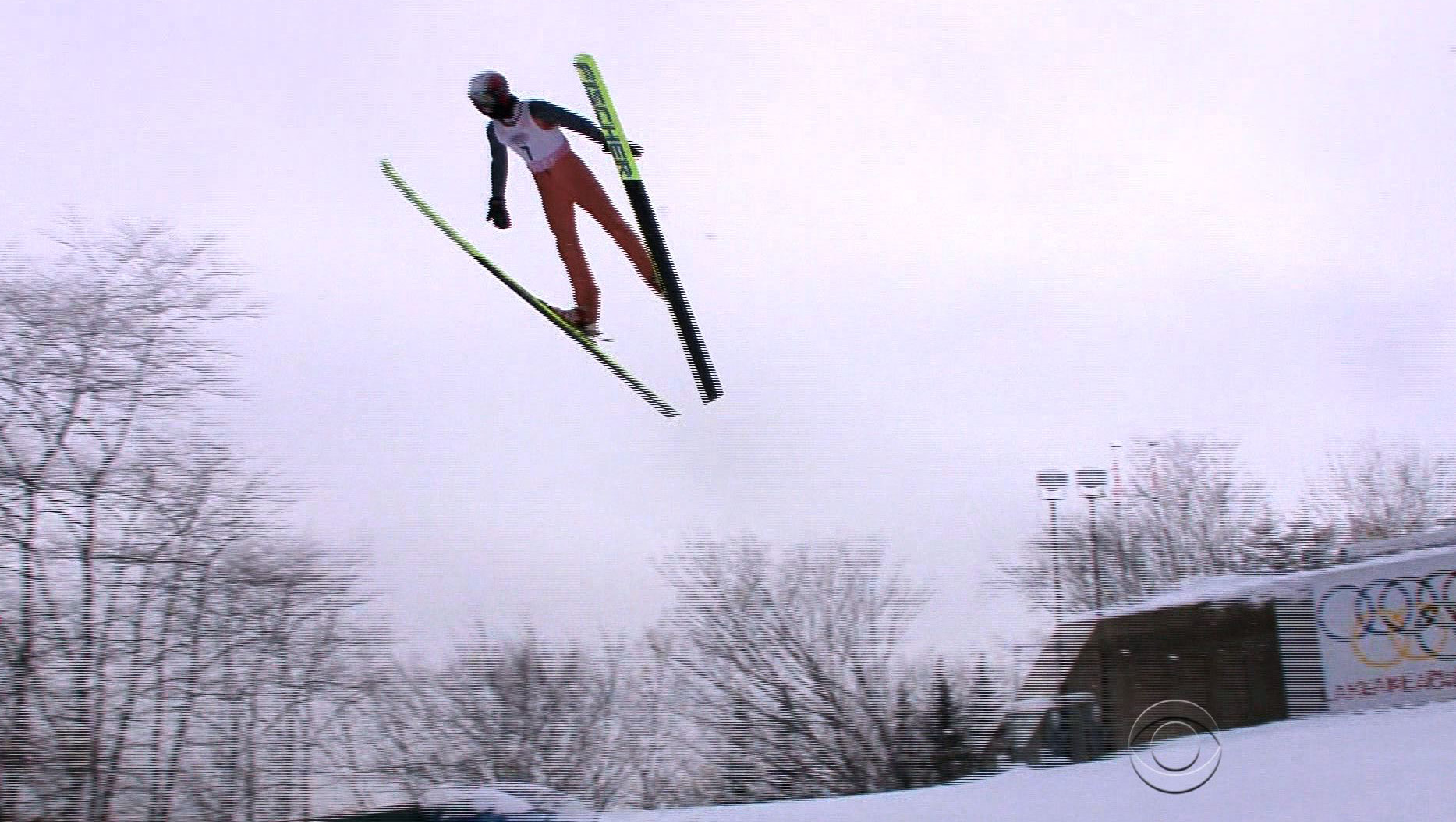 NEW YORK – Ski jumping has been part of the Winter Olympics since they began in 1924. Bt it was always an event for men only – until now.

Just getting to the top of the mountain has been an Olympic-size struggle. It took a lawsuit against the International Olympic Committee.

But ski jumpers Lindsay Van, Sarah Hendrickson and Jessica Jerome won the right along with female athletes from 11 other countries.

The IOC argued ski jumping was simply too dangerous. The female jumpers repeatedly found themselves responding to the idea that jumping would injure their ovaries – a claim the former U.S. women’s coach, Larry Stone, scoffs at.

"The fact of the impact of landing from a ski jump could damage a girl's reproductive organs is just nonsense," Stone said.

But what’s not nonsense is what landing a ski jump can do to a woman’s knee, according to Dr. Sabrina Strickland.

"They are not equal. Women most likely have at least a two-time risk of having a ligament injury," she said.

Strickland, a former competitive skier, is an orthopedic surgeon at the Hospital for Special Surgery in New York. She says in women, the anterior cruciate ligament, or ACL, is simply not made to withstand the forces a jump places on it.

"The normal compensatory mechanisms that help save our knees work better in men than in women," said Strickland.

By flexing their quad muscles, the large ones on the side of the thigh, men give additional lateral support to their ACLs, Strickland says. But women flex their hamstrings, in the back of the leg, and that offers no protection against the ACL being torn if the skier’s balance is at all off.

Hendrickson injured her knee so badly last summer, it was questionable whether she’d make it to Sochi. She’s there now, but has had difficult runs and is complaining her knee hurts.

Coach Stone says injuries are a part of the sport, for women and men.

"I worry for any of my skiers or any skiers who go down. But I don't think there is any gender discrimination in terms of sports injuries. It's just what happens," he said.

Critics of women’s ski jumping say difficult rehab and long-term damage are the other strikes against the sport. The athletes themselves say it’s their bodies, and their right to fly.