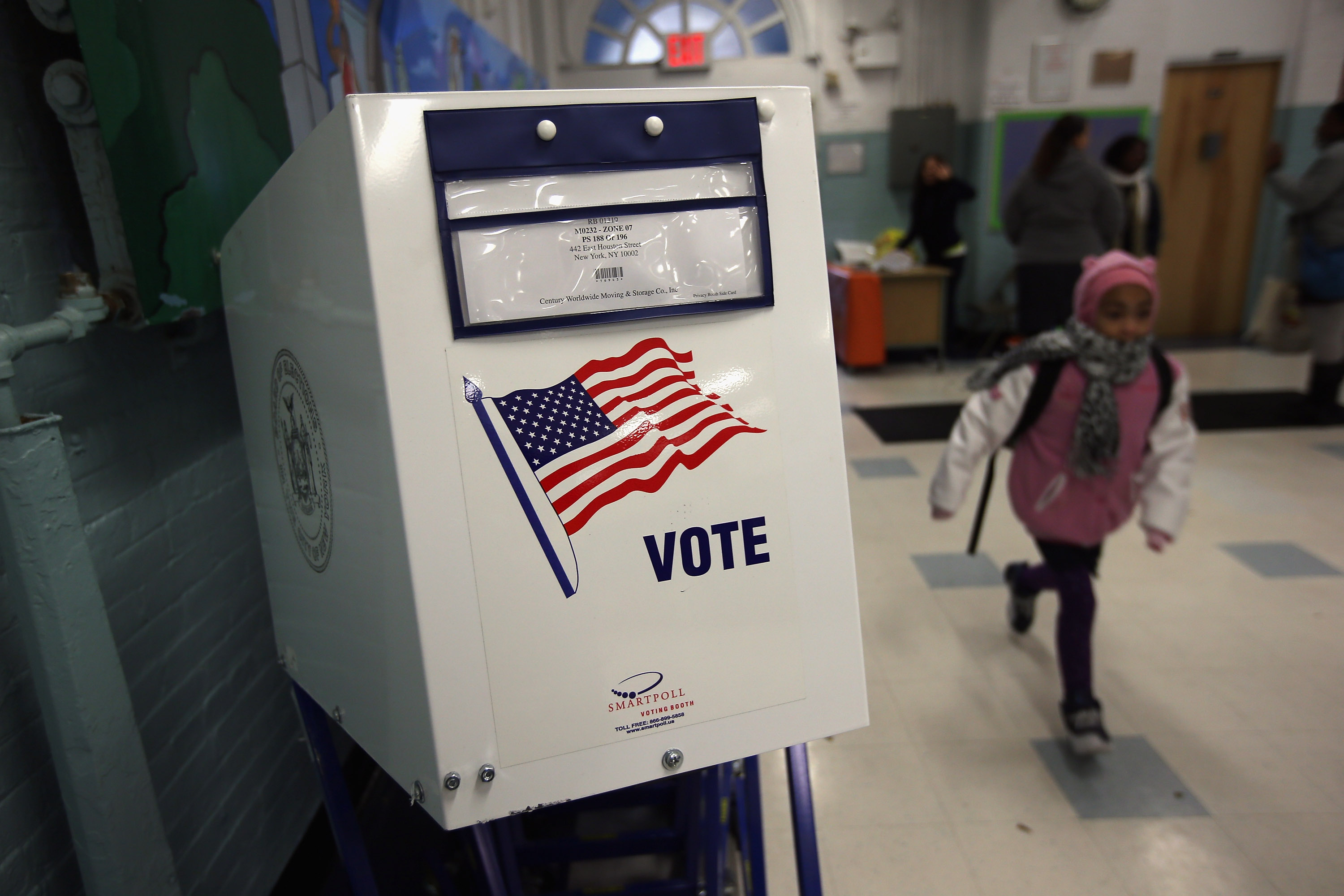 For nearly 50 years, the Voting Rights Act of 1965 has served as one of the government's most effective tools for rooting out discrimination against minority voters. Today, the Supreme Court will consider whether the law's methods are still constitutional.

The court today will hear arguments in the case of Shelby County v. Holder, which calls into question one of the law's key provisions: Section 5. That section of the Voting Rights Act requires states with a history of racial discrimination to have any changes to their voting laws pre-approved by the Justice Department's civil rights division or the D.C. federal court.

There's no question voting rights have improved dramatically since the law was passed -- gone are the days of literacy tests and poll taxes, designed to keep minority voters from the polls. Given the significant improvements, Alabama's Shelby County argues that the Section 5 "pre-clearance" requirement "exacts a heavy, unprecedented" cost on the rights that states and local jurisdictions have to craft their own laws. Nine states are required to get pre-clearance under Section 5, as are certain jurisdictions in seven other states.

As recently as 2009, the Supreme Court expressed its skepticism of the continued need for Section 5. That year, when the court considered one Texas jurisdiction's right to "bail out" of Section 5 pre-clearance, Chief Justice John Roberts wrote for the majority that "these federalism costs have caused Members of this Court to express serious misgivings about the constitutionality of [Section 5]."

Since then, however, the landscape of voting laws nationwide has changed dramatically. Defenders of Section 5 argue the dozens of controversial measures, such as voter ID laws, passed in states across the country prove Section 5's continued relevancy. Furthermore, its proponents argue, striking down Section 5 would violate the deference the court should show to the legislative branch -- Congress renewed the Voting Rights Act in 2006, with overwhelming support from both parties, for another 25 years.

"The 15th Amendment to the Constitution makes quite clear this is in the province of Congress," Myrna Perez, a voting rights expert with the Brennan Center for Justice, a nonpartisan institute at the NYU School of Law, told CBSNews.com. "Given the clarity of constitutional authority, I think ultimately the court is going to be deferential."

If the court strikes Section 5 down, she said, "I think it would be an extraordinary interference with a constitutionally determined province of Congress."

To determine which way the court leans today, most interested parties will keep a close eye on Justice Anthony Kennedy.

"He's a justice who's expressed considerable concern about the use of race in public policy making in general, and yet he's somebody who also understands the Voting Rights Act and its significance fairly deeply," New York University School of Law Professor Richard Pildes, editor of "The Future of the Voting Rights Act," explained to CBSNews.com.

As noted earlier, Roberts conveyed his skepticism of Section 5 when he wrote for the majority in the 2009 case Northwest Austin Municipal Utilities District v. Holder. That said, Wydra told CBSNews.com, it's noteworthy that Roberts and the court did not strike down Section 5 when given the opportunity in that 2009 case.

"He has at least professed himself to be a devotee of judicial restraint," Wydra said. Given that the 15th Amendment calls on the court to defer to Congress' judgment on this issue, "then Roberts should, despite his earlier comments, uphold the pre-clearance requirement."

In his 2009 opinion, Roberts wrote that "the evil that [Section 5] is meant to address may no longer be concentrated in the jurisdictions singled out for preclearance. The statute's coverage formula is based on data that is now more than 35 years old, and there is considerable evidence that it fails to account for current political conditions. For example, the racial gap in voter registration and turnout is lower in the States originally covered by [Section 5] than it is nationwide."

Since then, however, a great deal of evidence has accrued that could reaffirm Section 5's legitimacy.

"We are on the heels of one of the most aggressive attacks on voting rights laws since the Jim Crow era," Perez said. "We had state legislatures try to change the rules of the game to keep people from voting, and in a few instances Section 5 was a tool used to prevent that."

In an October 2012 report, the Brennan Center chronicled 25 laws and two executive actions that could make voting harder passed in 19 states since 2011. Several of those laws were overturned in the courts. Some of those laws -- including voter ID laws in Texas and South Carolina -- were rejected after failing the Section 5 pre-clearance.

Pildes noted that the Supreme Court has upheld the constitutionality of voter ID laws in general, but it hasn't reviewed the specific cases in South Carolina or Texas. But whether or not the court would agree with the decision to block those laws, it's noteworthy that Section 5 was invoked at all.

Of course, many of the controversial laws passed in recent years were not in states covered by Section 5. The recourse voters have in those states proves -- as President Obama noted recently -- that Section 5 is "not the only tool" available to fight discrimination at the ballot box. Furthermore, the president is calling for strengthening that tool box. In his State of the Union address, Mr. Obama announced the formation of a bipartisan commission that over the next six months will draft a plan to reform national voting laws.

Still, defenders of Section 5 note that the primary question before the court today is about Congress' decision to reauthorize the Act in 2006. That decision wasn't made lightly -- Congress considered a hefty load of evidence on the Voting Rights Act before voting and held multiple hearings on the issue.

"It's not the court's job under the Constitution to second-guess Congress' policymaking decision," Wydra said.