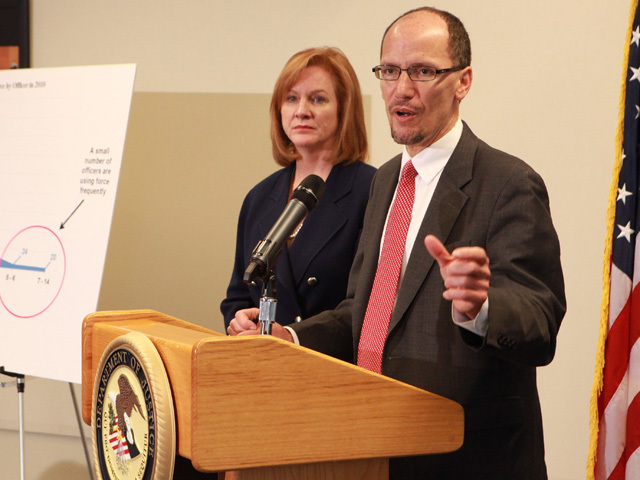 Under Section 5 of the landmark Voting Rights Act, Texas, like several other states with a history of discrimination has the "burden of showing that the proposed changes have neither the purpose nor the effect of denying or abridging the right to vote on account of race or color or membership in a language minority group."

The Justice Department also faults Texas for efforts to "mitigate" the impact on Hispanic registered voters who do not possess photo ID such as a driver's license, military ID card, United States passport, or a license to carry a concealed handgun. According to the letter, 7.3 percent of Hispanic households do not have a car to drive to motor vehicle offices, and even if they did, 81 of the state's 254 counties have no office at all.

One Texas lawmaker is quoted as saying that voters in his district "could have to travel up to 176 miles roundtrip" to find an office. During the debate over the law, the state also rejected a proposal to extend office hours until 7 pm to help voters get the necessary photo IDs.

Even before the Justice Department formally blocked the Texas law from taking effect, the state filed suit in federal court in Washington claiming the requirements do not "deny or abridge the right to vote." Ten Texas residents have filed a motion to intervene in the suit, claiming their rights could be violated under the new law.

A status conference is expected on Wednesday. But unless the court overturns the Justice Department's determination, Texas is blocked from using its voter identification law known as S.B. 14 when voters cast primary ballots on May 29th.

The decision follows a similar action against South Carolina in December, the first rejection of a voter ID law in almost two decades. The Obama administration rejected South Carolina's voter ID law on the grounds that it makes it harder to participate in the political process.

South Carolina sued Holder and said its law would not disenfranchise any voters.