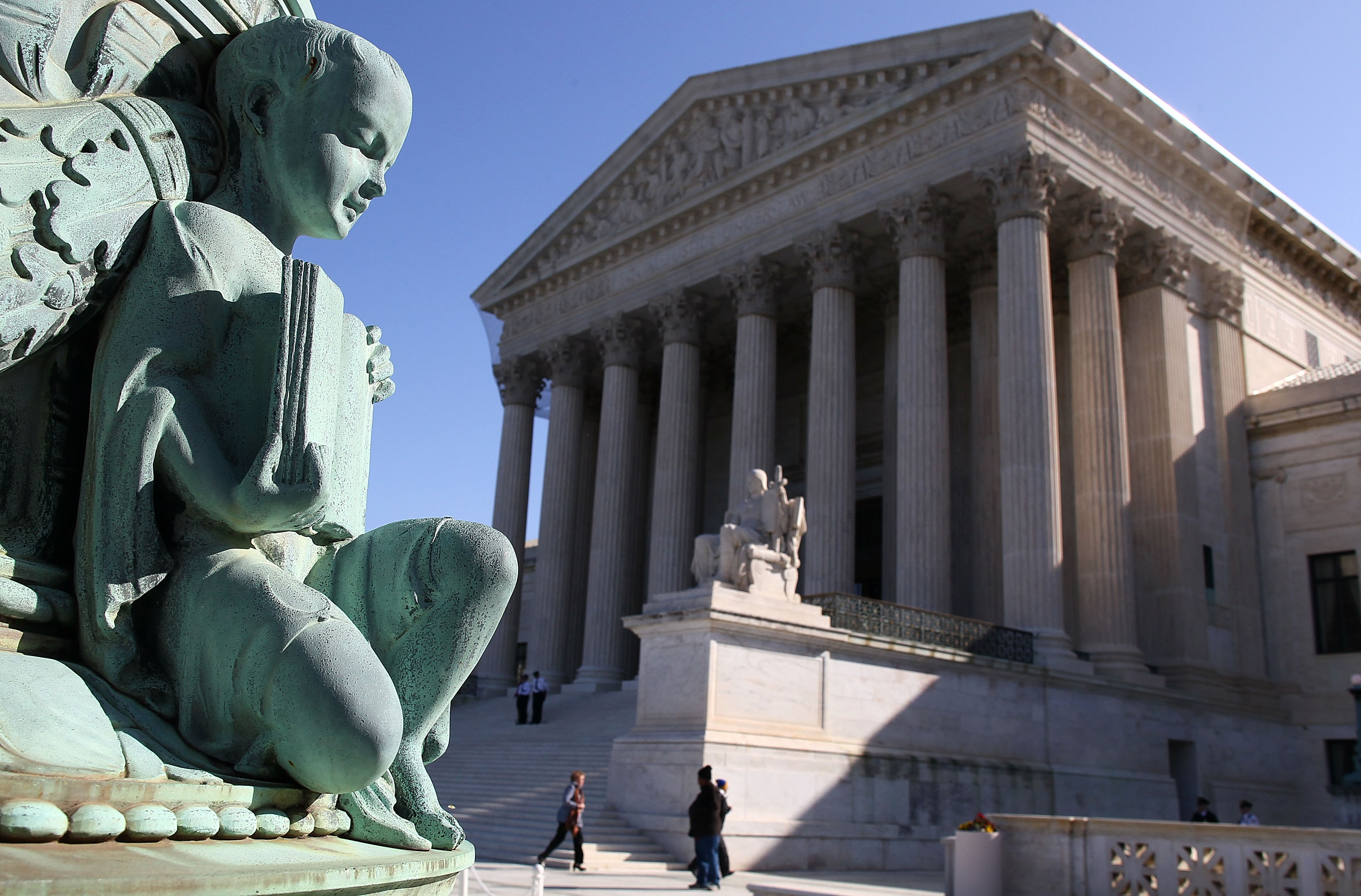 President Obama said he thinks the Supreme Court should uphold Section 5 of the Voting Rights Act, but if it doesn't, there are other ways Washington can protect citizens' right to vote, he said.

"It's not the only tool that we have -- it's a critical tool, but it's not the only tool," Mr. Obama said of Section 5 in an interview with Joe Madison, host of The Black Eagle on Sirius XM Satellite Radio, which was taped Thursday and aired this morning. "I know in the past, some folks have worried that somehow, if the Supreme Court strikes down Section 5 of the Voting Rights Act, people are going to lose their right to vote - that's not the case. People will still have the same rights not to be discriminated against when it comes to voting, you just won't have this mechanism, this tool, that allows you to kind of stay ahead of certain practices that may discourage people from voting."

The court is slated to hear arguments next Wednesday in a case challenging Section 5. That provision of the Voting Rights Act requires states with a history of segregation to have their redistricting plans approved by the Justice Department's civil rights division or the D.C. federal court.

Mr. Obama called that pre-clearance process a "lynchpin of restoring our democracy." Without it, he noted, "people could keep coming up with new schemes each election, even if ultimately they were ruled to violate the Voting Rights Act, [and] it'd be hard for us to catch those things up front."

The president noted that in his State of the Union address earlier this month, he called for a commission to fix the nation's voting laws.

"If we have some national guidelines to make sure people aren't waiting in line... that there aren't new tricks that discourage people from voting," he said in the interview, "if we've got those in place, then obviously, it's not as good as keeping Section 5 of the Voting Rights Act in place, which I think we should...but it's still possible for us to make sure that everyone is exercising their rights."