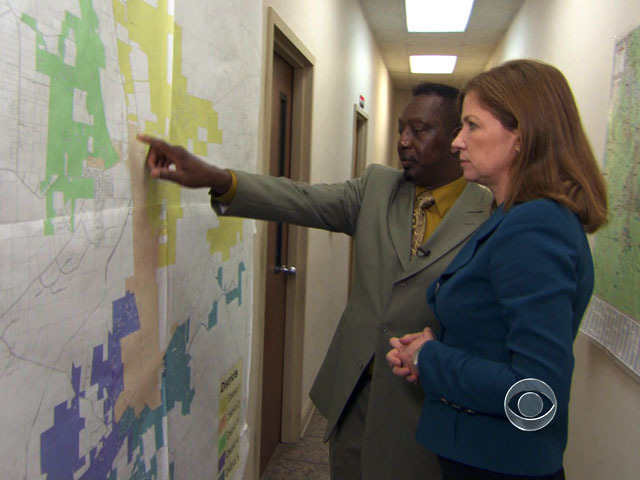 (CBS News) -- On Wednesday, the Supreme Court will hear a challenge to the landmark Voting Rights Act of 1965. Both sides agree the south have changed in the past half-century. At issue is, has it changed enough?

In Shelby County, Alabama, the question is whether the state's racist past must forever define it.

Fifty years ago, Alabama was the cradle of the civil rights movement, where protestors endured fire hoses, arrests and bombings in the fight for equality. One result was the Voting Rights Act.

One provision of the Act, Section 5, still requires all or part of 16 states, mostly in the south, to get approval from the Justice Department before changing voting procedures or electoral maps.

"Section five, which is what we are attacking, was never intended by congress to be permanent," said Frank Ellis, a Shelby County lawyer who is at the center of the battle to eliminate Section 5, and force the federal government to treat Alabama and other covered states like the rest of the country.

"Things have changed in the South," he said. "This is a dynamic society."

But Ernest Montgomery says things have not changed enough. He was on the city council in Calera, Alabama when city officials, facing a population boom, redrew his district map. He lost the election to a white candidate. Under Section 5, the Justice Department ordered a new election and Montgomery won.

The minority representation in his district under the old map was about 67% African American, according to Montgomery. With the new map, that number dropped to about 28%.

"I think it was designed to dilute the power of the minority community," Jones said. "It did just that."

Opponents like Ellis say they are not attacking the entire Voting Rights Act. If there's intentional discrimination, people can sue, just like they do in Michigan, Ohio and other states that aren't by Section Five.