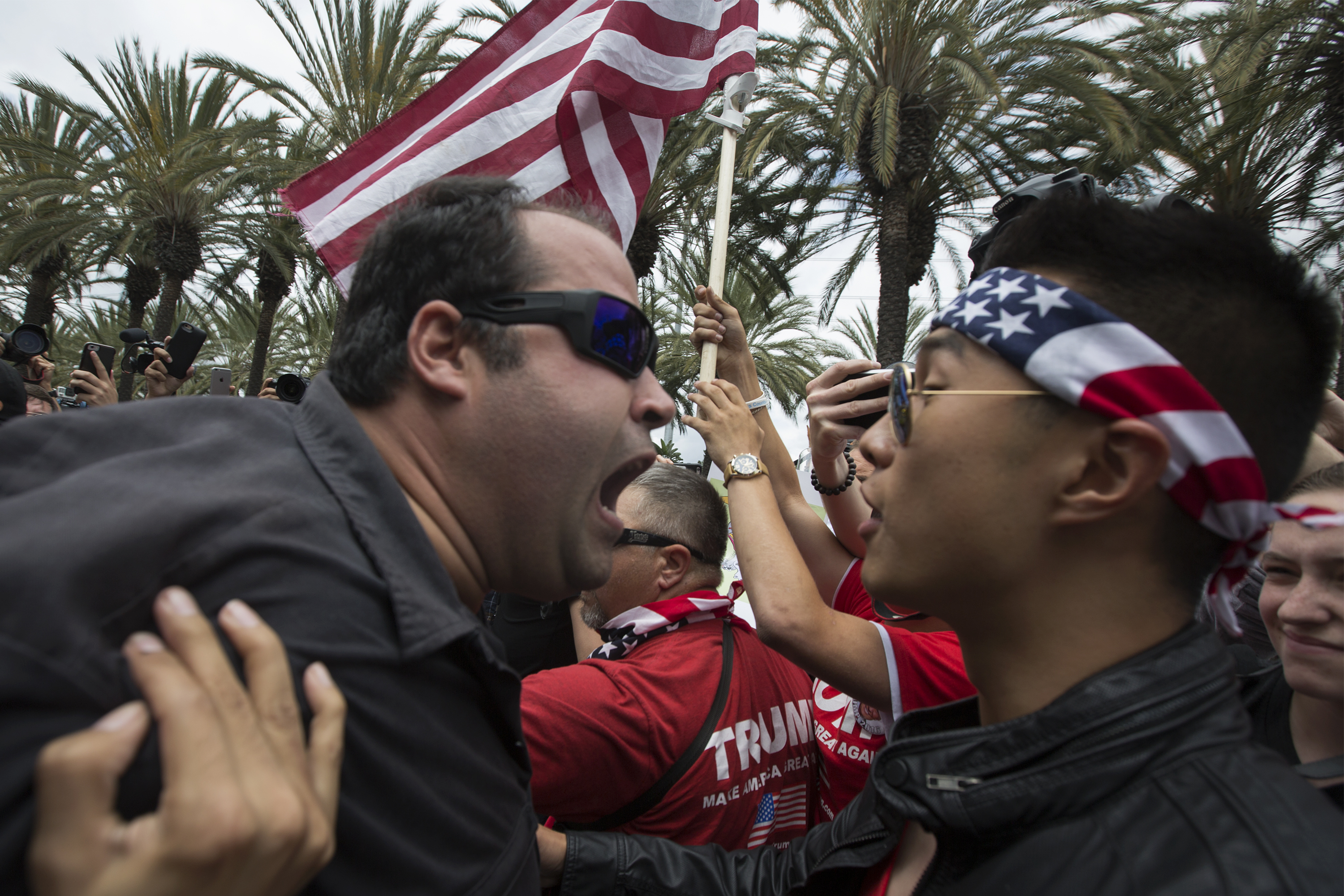 Just HOW RUDE has today's life become? And just how much is the tone of our politics to blame? Our Cover Story is reported by Martha Teichner:

Does it sometimes feel as if our politics has us all backed into our ideological corners? Does it seem as if insults and name-calling have taken the place of civil dialogue – that incivility has gone viral?

Whether it's coming from the President of the United States or somebody in a restaurant, you may be disturbed by it all. But should you be alarmed?

Even that's a touchy subject.

"I think the country is in crisis," said New York Times columnist Michelle Goldberg, who recently wrote that "it's less a result of a breakdown in civility than a breakdown of democracy."

An unapologetic liberal, Goldberg thinks it's just fine that presidential spokeswoman Sarah Huckabee Sanders was not welcomed at the Red Hen restaurant, and that Congresswoman Maxine Waters, a California Democrat, has called for confrontation.

"This shows to me this kind of surreal loop of disinformation that we're in," Goldberg said. "Trump then says 'Maxine Waters has basically told people to attack members of my administration, she should be careful of what she wishes for.'  If there is any threat of violence there, it's clearly coming from Donald Trump, and it wouldn't be the only time that Donald Trump has kind of outright threatened protesters."

"I love the old days. You know what they used to do to guys like that when they were in a place like this? They'd be carried out on a stretcher, folks!"

"So, we're missing the point by talking about manners and civility?" asked Teichner.

"It's not a crisis that members of this administration can't go to a restaurant without being heckled," she replied. "It's a crisis that those hecklers don't have any other way to reach them."

Constitutional lawyer Alan Dershowitz, a lifelong Democrat, caused a bit of a curfuffle after complaining about being shunned by his Martha's Vineyard neighbors for defending President Donald Trump's civil liberties, an argument he makes in his new book, "The Case Against Impeaching Trump" (Hot Books).

"Civility is a kind of basis for dialogue," Dershowitz said. "It's hard to have dialogue without civility, if people are pushing and shoving and screaming and harassing, if Maxine Waters gets her way.

"I don't care about being shunned, I don't care about not being invited to parties.  What I care about is the big issue of trying to silence Americans who have a different point of view. President Trump encourages incivility by his name-calling, by his mocking of people. The appropriate response to that is not incivility on the other side."

"Michelle Obama put it very well when she said, 'When they go low, we go high.'" Dershowitz replied.

Dershowitz argues that nothing about the current political climate justifies incivility.

Keith Bybee, a professor at the Syracuse University College of Law and author of "How Civility Works" (Stanford University Press), says what we are seeing now is a revolution in manners. "But maybe a better way to describe it is a gerrymandering of the boundaries of polite society," he said.

"Any period of American history where there's been intense political conflict, you can find severe breaches of etiquette."

If you think it's bad today, consider the incident in 1856, when pro-slavery South Carolina Congressman Preston Brooks went into the Senate and beat Massachusetts Senator Charles Sumner, an ardent abolitionist, with his cane, nearly killing him.

"The civil rights movement, in a fundamental way, led to the revision of our understanding of what constitutes appropriate behavior and the baseline of respect," said Bybee.

The peaceful protests, often met with violent push-back, upended notions of civility and incivility as a means to an end … as good or bad.

Teichner said, "Martin Luther King, today, is praised for a philosophy of nonviolence, and yet at the time, what was considered civil disobedience, civil protest, was not considered civil at all."

"No, it was experienced by a number of people at the time as a gross incivility," Bybee said.

Representative Steve Stivers ("I would characterize myself as a mainline Republican") and Rep. Joyce Beatty ("I'm a strong, staunch Democrat"), members of Congress from the Columbus, Ohio area, cared enough to take action.

"Fourteen months ago now, I had a gentleman call and threaten to kill not just me, my wife, and my at that time seven-year-old daughter," Stivers said. "It really made me think about, gee, the climate out there is driving folks across our country to the extremes."

Beatty added, "Every day, we turn on TV, and with social media, it has just been so prolific that it's in-your-face with Twitter and Instagram and all the things that are being said. Our children are listening to this."

Beatty and Stivers are long-time friends, but on many issues, polar opposites politically.

In January, they formed the Civility and Respect Caucus, pairing Congressional Democrats and Republicans – 30 so far – to promote civility across the aisle and among high school students in each other's districts. The students are asked to take a civility pledge; the politicians, to lead by example.

Teichner asked, "So, are they ever saying, 'OK, we can take a civility pledge.  What about you guys in Congress?' Or is it, again, 'That's nice, that's sweet, but look around'?"

"Well, Martha, a trip of 1,000 miles begins with the first step," Stivers replied.

Does it all sound a little Pollyanna-ish? Their take: so what?

"This Civility and Respect Caucus will never cure incivility," Stivers said. "What we hope to do is sensitize people to it."

"As long as I can add fresh breath to this Congress, I will never concede that nice people finish last," Beatty said.

So, does that mean there is hope?  Keith Bybee says, "The very fact that we have people seeking to change civility, that's an expression of civility's value. The true crisis of civility is if none of us cared. If we all stopped caring about what counts as appropriate behavior, then civility's not in crisis, it's dead."

The 747 flies into the sunset
View CBS News In
CBS News App Open
Chrome Safari Continue
Be the first to know
Get browser notifications for breaking news, live events, and exclusive reporting.