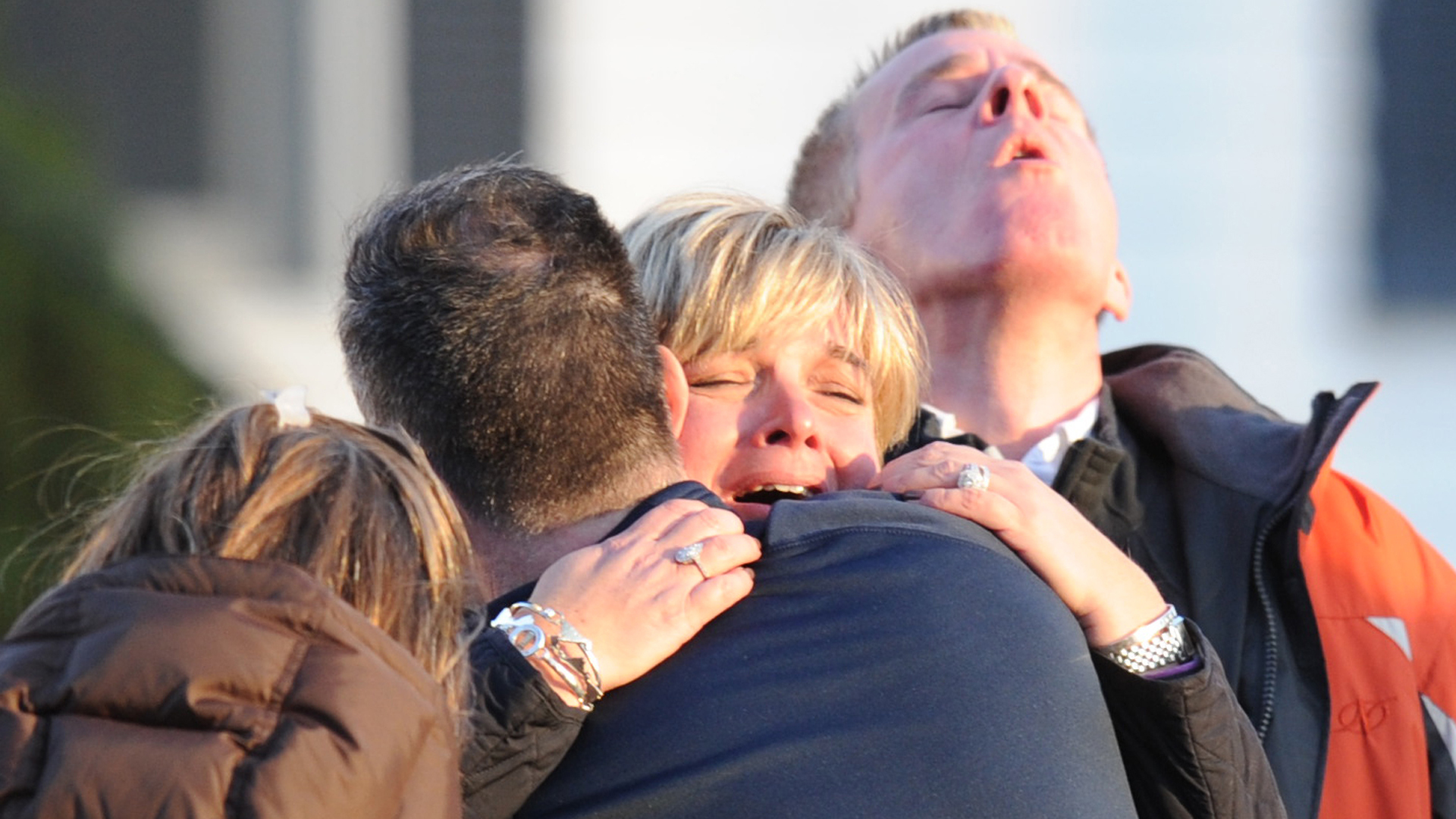 Soon after the horrific elementary school shooting in Connecticut Friday, White House spokesman Jay Carney told reporters that "I do not think today is [the] day" to have "the usual Washington policy debates" over gun control.

Yet even before he spoke, the debate was already being revived on social media sites and cable news. The arguments from both sides are familiar enough at this point that we need not re-air them now - you recall them from the conversation that took place after other recent mass shootings: Aurora, Tuscon, Virginia Tech, the temple in Wisconsin, the mall in Oregon earlier this week. The question in the wake of the latest shooting spree - in which the 27 victims included 20 small children - is whether this will be the incident that spurs lawmakers to pass gun control measures that have long languished.

During his 2008 presidential campaign, then-candidate Barack Obama vowed to renew the assault weapons ban. Like many other Democrats, he then effectively dropped the issue. In recent years, members of the president's party have made a tactical retreat on gun control issuesin an apparent attempt to boost their prospects in areas of the country with strong support for gun ownership. (Watch a discussion of the dynamic, which took place following the Aurora shooting in July, at left.)

In an October presidential debate against Mitt Romney, Mr. Obama was asked what his administration has "done or planned to do to limit the availability of assault weapons." He opened his response by stating, "We're a nation that believes in the Second Amendment, and I believe in the Second Amendment." Mr. Obama went on say that "weapons that were designed for soldiers in war theaters don't belong on our streets."

"And so what I'm trying to do is to get a broader conversation about how do we reduce the violence generally," he said. "Part of it is seeing if we can get an assault weapons ban reintroduced. But part of it is also looking at other sources of the violence."

The president can prioritize gun control legislation, but it is up to Congress to pass it. And there, gun control advocates have repeatedly been frustrated. Despite controlling both houses of Congress and the White House after the 2008 election, Democrats declined to re-introduce the federal assault weapons ban, which expired in 2004. (When Republicans took control of the House in 2011, the chance for passage dropped to near-zero.) In 2009, Senate Majority Leader Harry Reid, D-Nev., was among 58 senators to back an amendment allowing a person holding a concealed weapon permit in one state to hide his firearm when visiting another state.

After Rep. Gabrielle Giffords, D-Ariz., and others were attacked in Tucson in January 2011, Rep. Carolyn McCarthy, D-N.Y., whose husband was killed in a 1993 shooting, introduced legislation to ban the high-capacity ammunition clips used by the shooter. (Those clips would have been banned had the assault weapons ban been reinstated.) The measure garnered more than 100 cosponsors but was not brought up for consideration by House Speaker John Boehner, R-Ohio. Indeed, the only movement in recent years on guns has been in the opposite direction: They include measures that allow guns in bars in Virginia and New Mexico, expanded concealed carry in Michigan and elsewhere, and a Supreme Court decision striking down a ban on handguns and a trigger lock requirement in the District of Columbia.

Details of the weapons used in Connecticut are still emerging, but CBS News has reported that there were two guns found with the shooter: A Glock and a Sig Sauer nine millimeter. Both are handguns, but both have the capability to be used with the high-capacity clips that McCarthy sought to ban. In the shooters' car was a .223 caliber semi-automatic assault rifle. It is not yet clear if that weapon was used in the massacre.

Giffords' husband, Mark Kelly, said Friday that "as we mourn" the tragedy in Connecticut, "we must sound a call for our leaders to stand up and do what is right."

"This time our response must consist of more than regret, sorrow, and condolence," he said. "The children of Sandy Hook Elementary School and all victims of gun violence deserve leaders who have the courage to participate in a meaningful discussion about our gun laws - and how they can be reformed and better enforced to prevent gun violence and death in America. This can no longer wait."

Mr. Obama was largely silent on gun control in the wake of the Giffords attack, and did not mention the issuein his State of the Union address that took place not long afterward. On Friday, the president, seemingly wiping away tears while discussing the latest shooting tragedy, appeared to suggest he was ready to make the issue a higher priority. "We're going to have to come together to prevent more tragedies like this, regardless of the politics," said the president.

If Mr. Obama does choose to press the issue, he'll have a deep-pocketed ally in New York Mayor Michael Bloomberg. Bloomberg, the co-chair of Mayors Against Illegal Guns, has repeatedly called on the president to get serious on gun control. In the 2012 election cycle, he put his money where his mouth is: Bloomberg formed a super PACthat spent more than $8 million to support candidates who back gun control, among other issues. Bloomberg's PAC, which was designed in part to counter the influence of the powerful National Rifle Association, helped defeat a Democratic congressman from California named Joe Baca who had high ratings from the NRA.

In a statement Friday, Bloomberg used sharp language to call on the president to take action.

"[T]he country needs him to send a bill to Congress to fix this problem," he said. "Calling for 'meaningful action' is not enough. We need immediate action. We have heard all the rhetoric before. What we have not seen is leadership - not from the White House and not from Congress. That must end today."

Many of the other statements put out by politicians in response to the tragedy on Friday did not specifically mention gun control, opting instead to keep a focus on the victims. One notable exception was McCarthy, the New York Democrat who has experienced the consequences of gun violence firsthand.

"We owe it to our children to work harder to reduce gun violence," she continued. "The Second Amendment is the law of the land but it was never intended to allow murderers to take the lives of innocent kids. It's our moral obligation as policymakers and as parents to do more to save lives."

Contacted for comment, the National Rifle Association told CBS News: "Until the facts are thoroughly known, NRA will not have any comment."