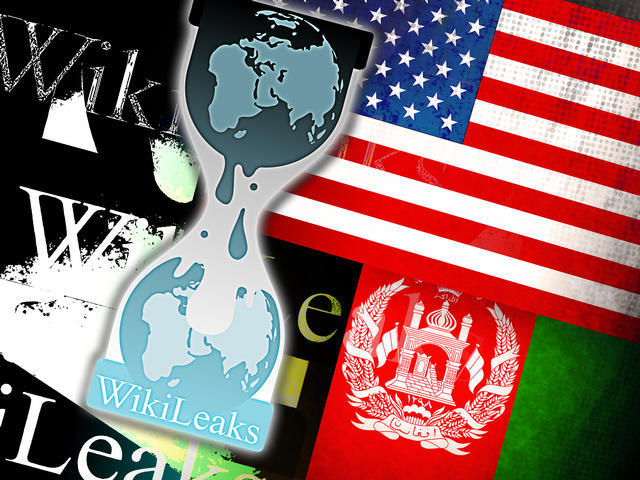 Hundreds of Afghan civilians who worked as informants for the U.S. military have been put at risk by WikiLeaks' publication of more than 90,000 classified intelligence reports which name and in many cases locate the individuals, The Times newspaper reported Wednesday.

Click here to see The Times article, but note, it's behind a subscription firewall.

The article says, in spite of WikiLeaks founder Julian Assange's claim that sensitive information had been removed from the leaked documents, that reporters scanning the reports for just a couple hours found hundreds of Afghan names mentioned as aiding the U.S.-led war effort.

One specific example cited by the paper is a report on an interview conducted by military officers of a potential Taliban defector. The militant is named, along with his father and the village in which they live.

"The leaks certainly have put in real risk and danger the lives and integrity of many Afghans," a senior official at the Afghan foreign ministry told The Times on condition of anonymity. "The U.S. is both morally and legally responsible for any harm that the leaks might cause to the individuals, particularly those who have been named. It will further limit the U.S./international access to the uncensored views of Afghans."

One former intelligence official told the paper that the Taliban could launch revenge attacks on "traitors" in the coming days.

President Obama first warned on Tuesday that operatives inside Afghanistan and Pakistan who have worked for the U.S. could be at risk following the disclosure, former and current U.S. officials told the Associated Press.

Speaking in the Rose Garden Tuesday, President Obama said he was concerned about the massive leak of sensitive documents about the Afghanistan war, but that the papers did not reveal any concerns that were not already part of the debate.

In his first public comments on the matter, Mr. Obama said the disclosure of classified information from the battlefield, "could potentially jeopardize individuals or operations."

Appearing on CBS' "The Early Show" Tuesday morning, Pentagon spokesman Geoff Morrell said a probe into who leaked the documents was in its early stages. More on the Afghanistan WikiLeaks: