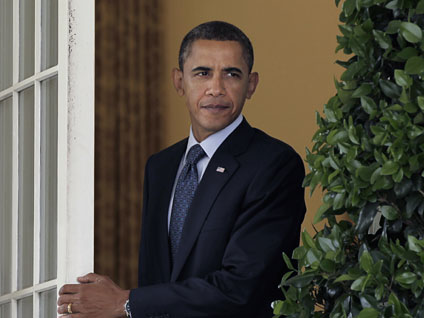 President Obama made his first public statement on the leak of more than 90,000 secret raw intelligence reports out of Afghanistan this afternoon, stating that while he is concerned about the repercussions of the leak, "these documents don't reveal any issues that haven't already informed our public debate on Afghanistan."

The president condemned the leak of the documents that appeared on WikiLeaks, saying the leak "could potentially jeopardize individuals or operations" on the battlefield.

But Mr. Obama said the issues reflected in the documents, which cover a period before he announced his new Afghanistan strategy, are old news. He suggested the war strategy he revealed in December of last year was designed to reflect the concerns laid out in the leaked military records.

The records reflect the fact that "for seven years" under President Bush, "we failed to implement a strategy adequate to the challenge" in Afghanistan and Pakistan.

Mr. Obama made the comments in the Rose Garden following a meeting with members of Congress from both parties.

In addition to Afghanistan and Pakistan, he said the topics covered were passing a small business/jobs bill, ending Republican obstruction of votes on judicial nominees and energy reform. On energy, he said that while he supports a limited energy bill now being considered in Congress, he will continue to push for comprehensive climate and energy reform.

The WikiLeaks documents, which cover a period ending in December 2009, paint a dour portrait of the war effort, detailing civilian casualties, corruption and confusion as well as allegations that Pakistani intelligence is working with the Taliban to attack U.S. troops.

Under Mr. Obama's new strategy, things have not, by most measures, improved in Afghanistan: Casualties are the highest they've been in nearly nine years of war, the Taliban is stronger than ever, and coalition efforts to create self-sustaining governments have been relatively ineffective.

More on the Afghan War WikiLeaks:

WikiLeaks Vs. the Pentagon Papers