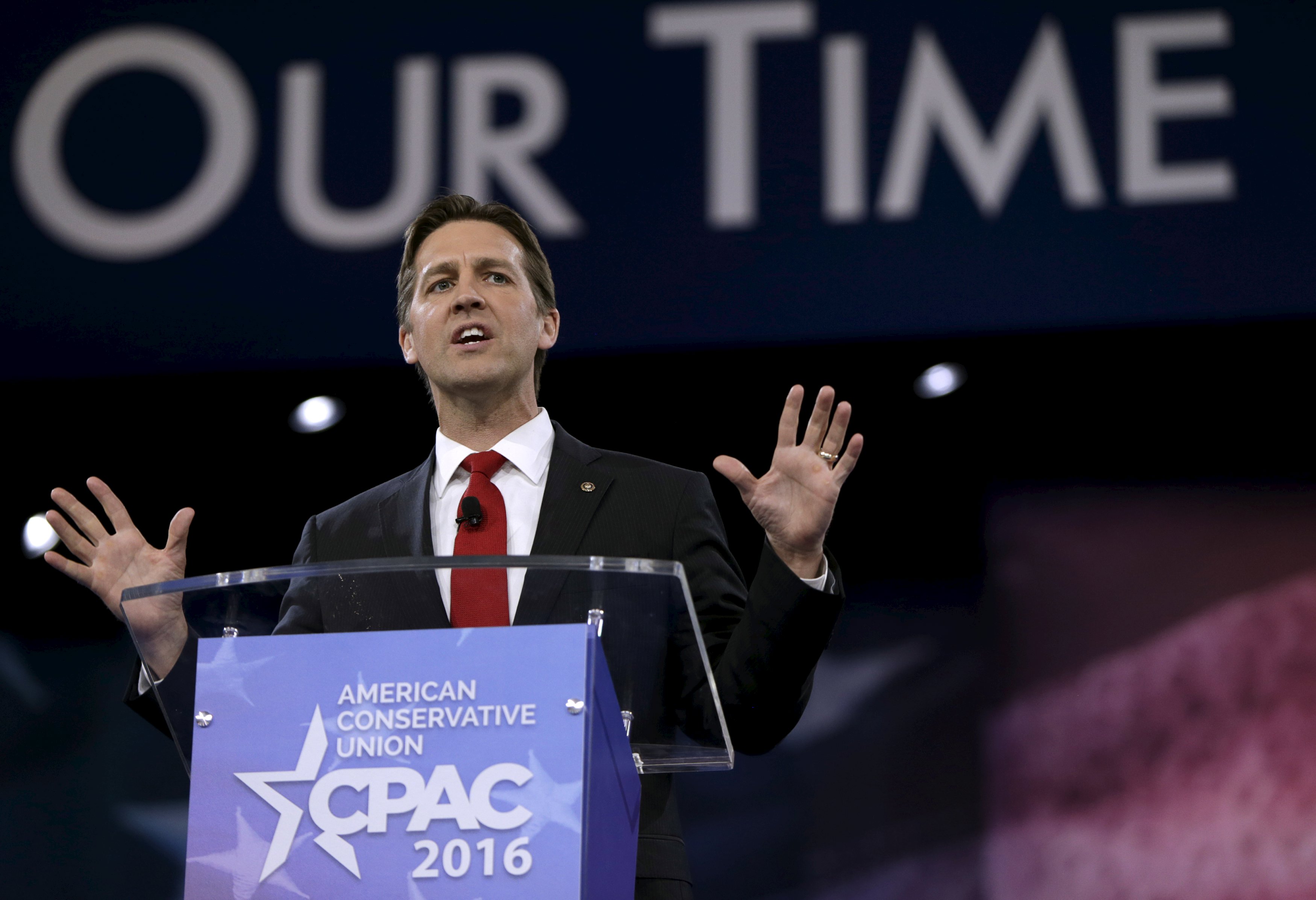 Sen. Ben Sasse, R-Nebraska, is raising the idea of a third-party candidate to compete with Donald Trump and most likely Hillary Clinton in the general election race.

He wrote a lengthy letter on his Facebook account about his and his constituents' frustration with Washington and the state of politics.

"Why shouldn't America draft an honest leader who will focus on 70 percent solutions for the next four years? You know...an adult?" Sasse wondered.

The GOP senator, who has vehemently opposed Trump throughout the primary campaign, proposed a candidate who would come up with a strong national security strategy to take on terrorists and cyber attacks, a plan to reform the federal budget and entitlement programs and a plan to give states the power when it comes to education.

"This really shouldn't be that hard," he said.

Sasse said he had spent the morning at a local Wal-Mart where he had four unsolicited conversations with people, who he said vented their frustration with Washington. Congress is on recess this week.

"I've ignored my phone most of today, but the voicemail is overflowing with party bosses and politicos telling me that "although Trump is terrible," we "have to" support him, "because the only choice is Trump or Hillary," Sasse said. "This open letter aims simply to ask "WHY is that the only choice?"

He said that "neither political party works" and that "they're like a couple arguing about what color to paint the living room, and meanwhile, their house is on fire."

Sasse said he believes the Republican and Democratic Parties would eventually "come apart," though said it might not happen fully this year.

Talk about a possible third-party option largely had died down, and now that Trump is the presumptive GOP nominee, an independent bid is even less likely.