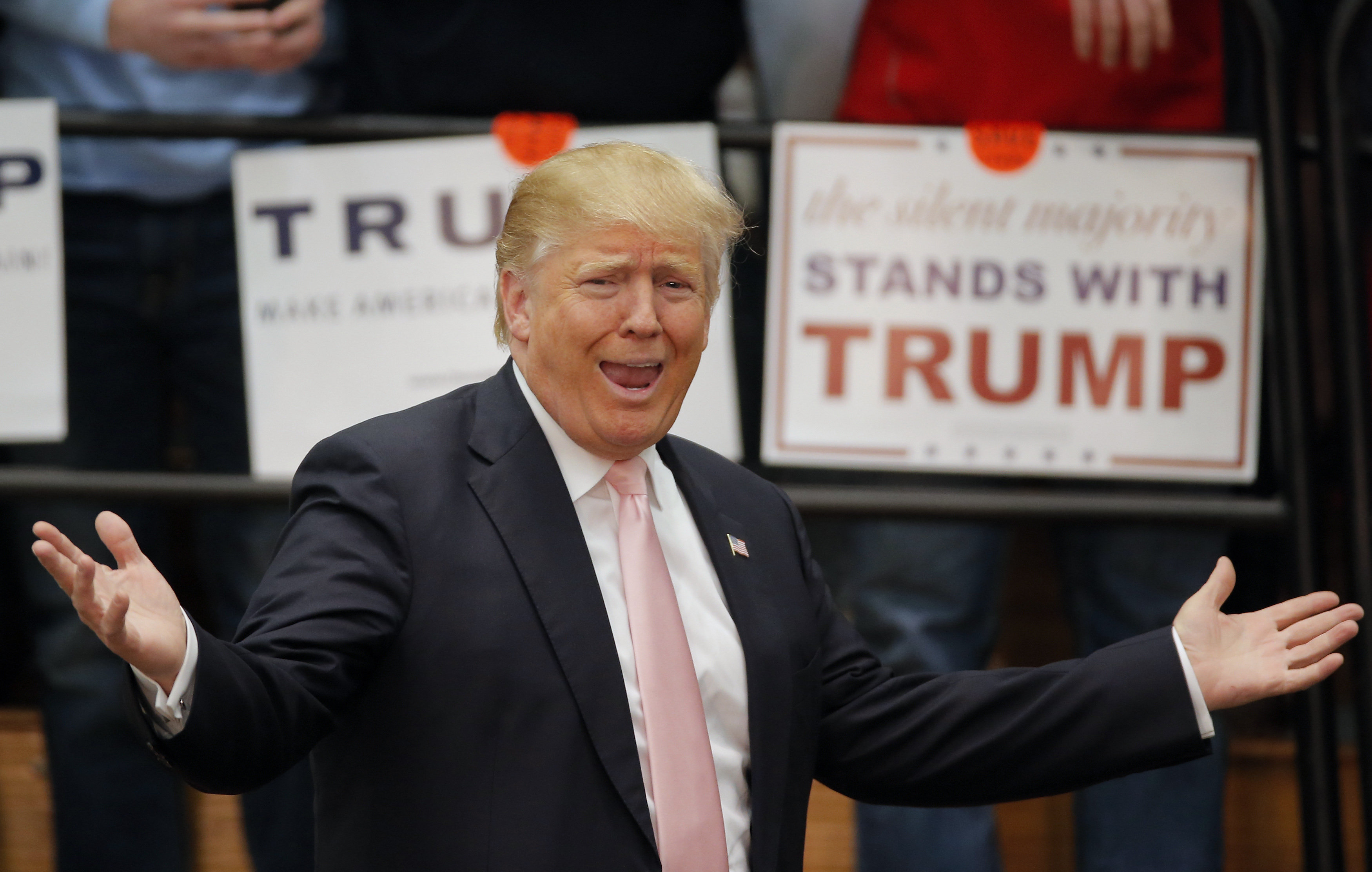 Republican front-runner Donald Trump has long made the political press corps the subject of criticism and jabs on the campaign trail.

But he's escalated that criticism in recent days--now going as far as to say that if elected he'd change the country's libel laws so reporters could be sued more easily for negative stories.

"One of the things I'm going to do, is I'm going to open up the libel laws," he told a rally in Radford, Va., on Monday. "We're not going to do anything with freedom of the press. Freedom of the press is vital -- it's important, it's a cleansing system, it's totally something we can't touch. But when people write incorrectly about you and you can prove that they wrote incorrectly, we're going to get them through the court system to change and we're going to get them to pay damages."

Trump first made reference to his plans on libel laws late last week, at a rally in Texas, calling out in particular the New York Times and the Washington Post. "We're going to open up those libel laws. So when The New York Times writes a hit piece which is a total disgrace or when The Washington Post, which is there for other reasons, writes a hit piece, we can sue them and win money instead of having no chance of winning because they're totally protected," he said.

Currently, in order to win a libel suit against a media organization, a public figure (including elected officials and politicians) must prove that the reportedly false information was published with "actual malice," meaning the information was published with the knowledge that it was false or with "reckless disregard" for the truth. In other words, there's a high bar for public figures -- as opposed to private citizens -- to win a libel suit.

He saved particular criticism for the political press corps, many of whom he said are "absolute sleaze."

"The political press is the worst, the worst of all. Fifty percent of them are absolute sleaze. Okay? Absolute sleaze. Twenty-five percent are okay, don't care, do their job....You have 10 percent that are outstanding."