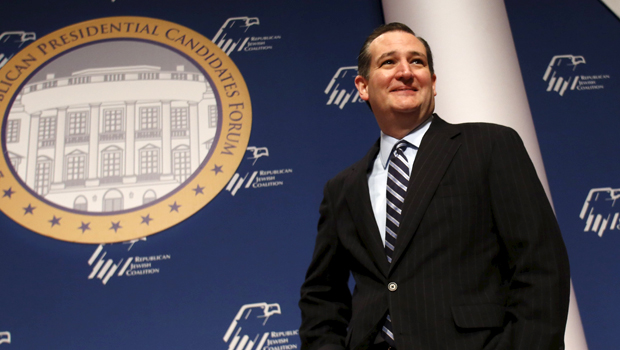 Not all Republicans hate Texas Sen. Ted Cruz -- in fact, according to a couple of polls, he's currently the favorite candidate among likely Iowa Republican caucus participants.

But it's true that he's not exactly held in high esteem among his fellow lawmakers in Washington, especially by Republican leadership. He called Sen. Majority Leader Mitch McConnell a liar on the Senate floor and was roundly criticized by other GOP senators.

In 2013, as John Boehner was gathering support to keep the government open, Cruz successfully rallied conservatives to vote down the funding bill because it did not fully de-fund President Obama's health care reform law. The result was a 16-day government shutdown that hurt Republicans in the polls.

He's also been publicly rebuked by several of his fellow senators and accused of using the Senate to advance his personal ambitions.

While Cruz hasn't hesitated to make enemies in Congress, he's actually turned the other cheek when it comes to Trump.

The strongest language Cruz has used : "I don't think it's good advice for us to get in the business of blasting each other," he told about 110 people at a community college in Coralville, Iowa last month. "I don't believe Donald Trump is going to be our nominee. I don't believe he'll be our president."

Even his response Trump calling him a "maniac" seemed good-natured: He tweeted a link to a video of the song "Maniac" from the movie "Flashdance" with a nod to Trump.