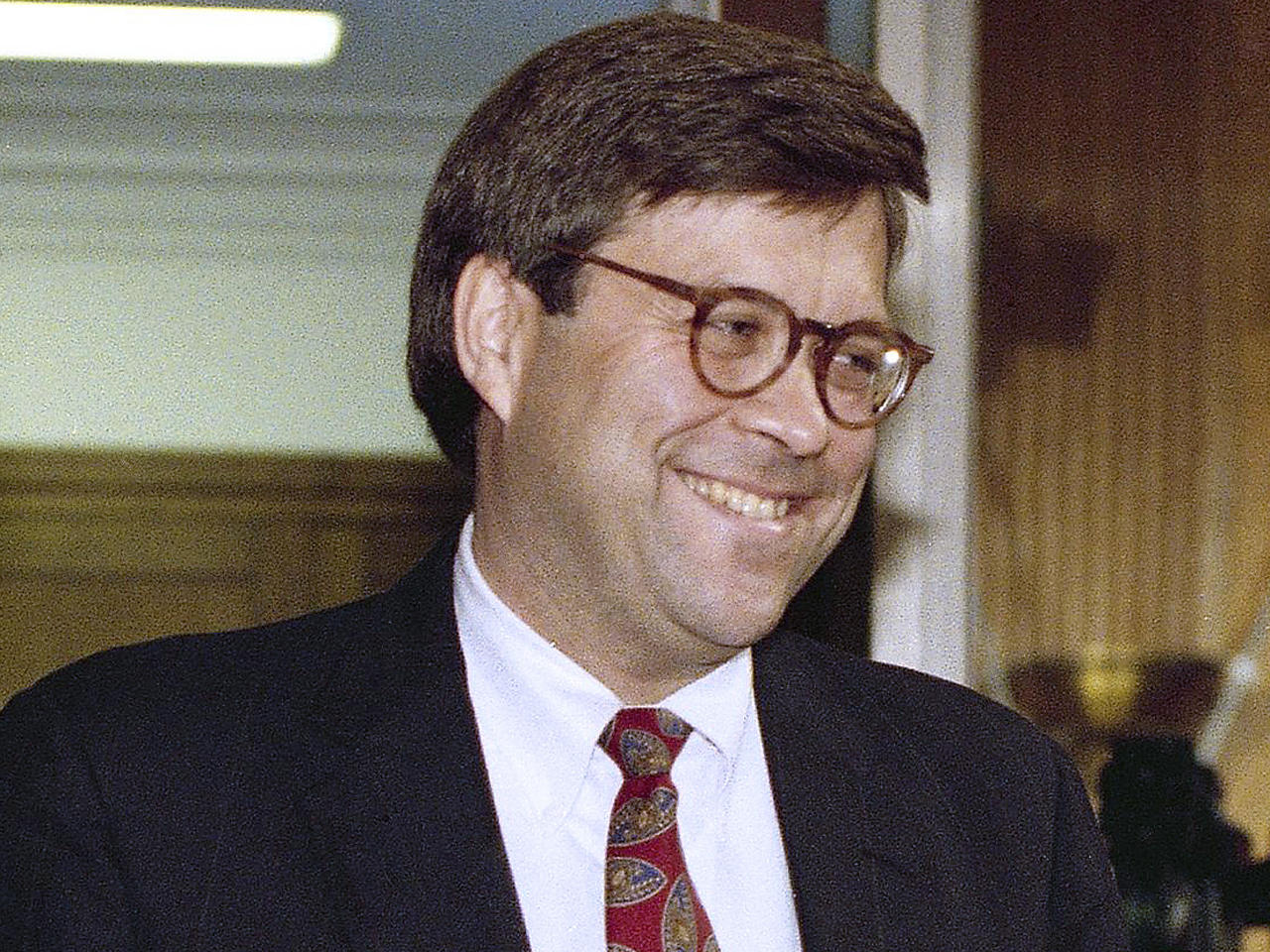 Barr had been floated as a candidate for the job since then-Attorney General Jeff Sessions was forced to resign after the November midterms. On Friday, Mr. Trump said that Barr had been his pick from "day one."

"I did not know him for - until recently when I went through the process of looking at people. He was my first choice from day one," Mr. Trump told reporters at the White House. "Respected by Republicans. Respected by Democrats. He will be nominated for the United States attorney general and hopefully that process will go very quickly. And I think it will go very quickly."

Who is William Barr?

Barr's credentials may make him a safer bet for confirmation than some of Mr. Trump's other candidates. However, some in the White House worried that the 68-year-old Barr is too moderate and close to the GOP establishment to be an effective pick.

Barr was born and raised in New York City. He attended Columbia University and went to work for the CIA after getting his master's degree in 1973. At his mother's suggestion, he took law classes at night at George Washington University while still at the CIA, earning his law degree in 1977.

He specialized in Chinese studies during his time at Columbia, figuring it would give him a leg up at the CIA, which was then fixated on the Soviet threat. He figured the law degree would be an asset at the agency too, but left the CIA, where he analyzed Chinese broadcasts and worked in the legislative affairs unit, shortly after Jimmy Carter was elected president.

After cutting short his intelligence career, Barr clerked for a federal judge in the U.S. Court of Appeals, worked in private practice, and did a stint as a domestic policy adviser under President Ronald Reagan. He then returned to private practice before joining the Bush campaign in 1988, where he helped select then-Indiana Sen. Dan Quayle to be the vice president's running mate.

Bush won, and Barr joined his Justice Department, quickly rising through the ranks. He would sometimes play the bagpipe at Justice Department functions, according to the Los Angeles Times, "outfitted in kilts and other bagpipe apparel." Barr took the bagpipe so seriously, in fact, that his band would travel to Scotland to compete in world championships.

Then-Sen. Joe Biden, the Judiciary Committee chairman, predicted that Barr would make "a fine attorney general." At 41, he was one of the youngest attorney generals in U.S. history.

When Bush lost, Barr began a distinguished career in corporate law, perhaps most notably as the general counsel and executive vice president for Verizon. He argued cases before the Supreme Court and the European Commission, and was of counsel at the Washington, D.C. firm Kirkland & Ellis until 2017.

Mr. Trump and Barr are said to not know each other all that well. But since Mr. Trump took office, Barr has emerged as a sometimes defender of the president in the press. In 2017, he told The New York Times that the Justice Department may have more cause to look at a controversial uranium deal involving Hillary Clinton than any alleged collusion between Mr. Trump and Russia. And while he's criticized the "lock her up" chants common at Trump rallies, he's also said there was some good legal cause to investigate the Clintons.

Barr has also told The Washington Post that he worries that Special Counsel Robert Mueller's team, which has been criticized by conservatives for a perceived partisan slant, may lean too Democratic. He told the newspaper that "prosecutors who make political contributions are identifying fairly strongly with a political party" and added: "I would have liked to see [Mueller] have more balance on this group."