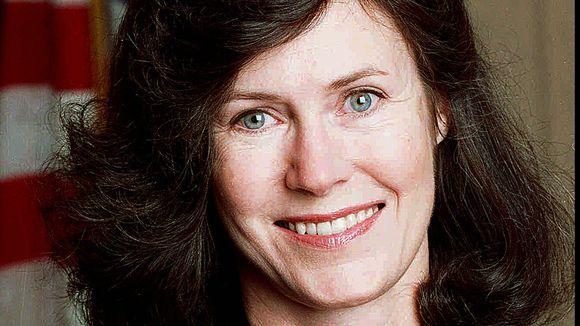 Kimba Wood, the judge currently presiding over the Michael Cohen case, is one of the foremost jurists in the country.

She also briefly trained as a Playboy bunny, nearly became President Bill Clinton's attorney general, and has sentenced everyone from Wall Street heavies to Russian spies.

Wood has sat on the U.S. District Court for the Southern District of New York since 1988. President Ronald Reagan had nominated her for the post on the recommendation of then-Sen. Al D'Amato, R-New York, in 1987. In her confirmation hearings, the colorful D'Amato praised her "extraordinary background as a legal scholar" as well as her beauty.

"Mr. Chairman, do not let the nominee's appearance deceive you," D'Amato said. "It is obvious that she is beautiful. It might raise questions in terms of her youth. How is this that someone so youthful in appearance should be placed before this committee as a nominee?"

In one of her first major cases, she sentenced Michael Milken, the infamous "junk bond king" who became a symbol Wall Street excess, to 10 years in prison in 1990. The sentence was later reduced to two years.

In 1993, she became the leading contender to become attorney general after the Clinton administration's first choice, Zoe Baird, was dropped from consideration because she had employed two illegal immigrants. It then came to light that Wood had also employed an illegal immigrant as a babysitter when it was still legal to do so, forcing her to remove herself from consideration for the post.

Wood hadn't broken any laws, but the Clinton administration accused her of being less than forthcoming about her arrangement with the babysitter. According to the New York Times, the White House also worried that her very brief tenure as a Playboy bunny trainee in the 1960s would become fodder for jokes.

"I have fulfilled every legal requirement with respect to the employment of our babysitter," Wood said in a statement at the time. "Nevertheless, and after further consultations, I have concluded that in the current political environment, proceeding further with the possibility of my nomination would be inappropriate."

In 1966, Wood had spent five days in London training to be a Playboy bunny, the name for waitresses at Playboy clubs. "It was a way to earn money," a friend once told the New York Daily News about the episode. "She was doing it for a joke and then decided it was stupid." Wood never wound up working at the club, instead deciding to go to Harvard Law, where she was one of only a few women in her 1969 graduating class.

Wood would later become something of a New York tabloid sensation in 1995 when she was named as "other woman" in a divorce case. At the time, Wood was dating a wealthy financier named Frank Richardson III. Richardson's then-wife found his diary, which detailed his relationship with Wood, and entered it as evidence in the case. Wood and Richardson married in 1999.

In legal circles, Wood is a respected and well-liked judge who is frequently described as brilliant. She assumed senior status in 2009 after a three-year stint as the court's chief judge.

In recent years, Wood has presided over a number of major cases. In 2010, she presided over the case of 10 Russian spies who had been captured in an FBI counterintelligence investigation. The most famous was a glamorous redhead named Anna Chapman. At one point during the trial, Wood asked Chapman if she knew she was breaking the law. "Yes, I did, your honor," Chapman replied. She told the court, "I used a laptop in furtherance of the conspiracy." They all pleaded guilty, were sentenced by Wood to time served, and were promptly returned to Russia in exchange for a number of accused U.S. and allied spies being held in that country.  Among them was Sergei Skripal, a Russian double agent who was poisoned in the U.K. last month.

On Monday, Wood was back in the headlines once again when she forced lawyers for Michael Cohen, President Trump's personal attorney, to reveal who Cohen's mysterious "third client" was. It turned out to be Fox News' Sean Hannity, and the revelation prompted an audible gasp in the courtroom, according to CBS News Jeff Pegues. Hannity later insisted that he had "occasional, brief conversations" with Cohen about real estate.

"I never retained him in the traditional sense as retaining a lawyer," Hannity told listeners on his Monday radio show, "I never received an invoice from Michael, I never paid legal fees to Michael, but I have occasionally had brief discussions with him about legal questions about which I wanted his input and perspective."

Cohen, who is being sued by adult film actress Stormy Daniels over a payment he gave her in exchange for her silence about an alleged sexual encounter she had with Mr. Trump, was recently the subject of an FBI raid. And on Monday, Wood said she was still considering how to handle documents seized in a raid on Cohen's office and home.