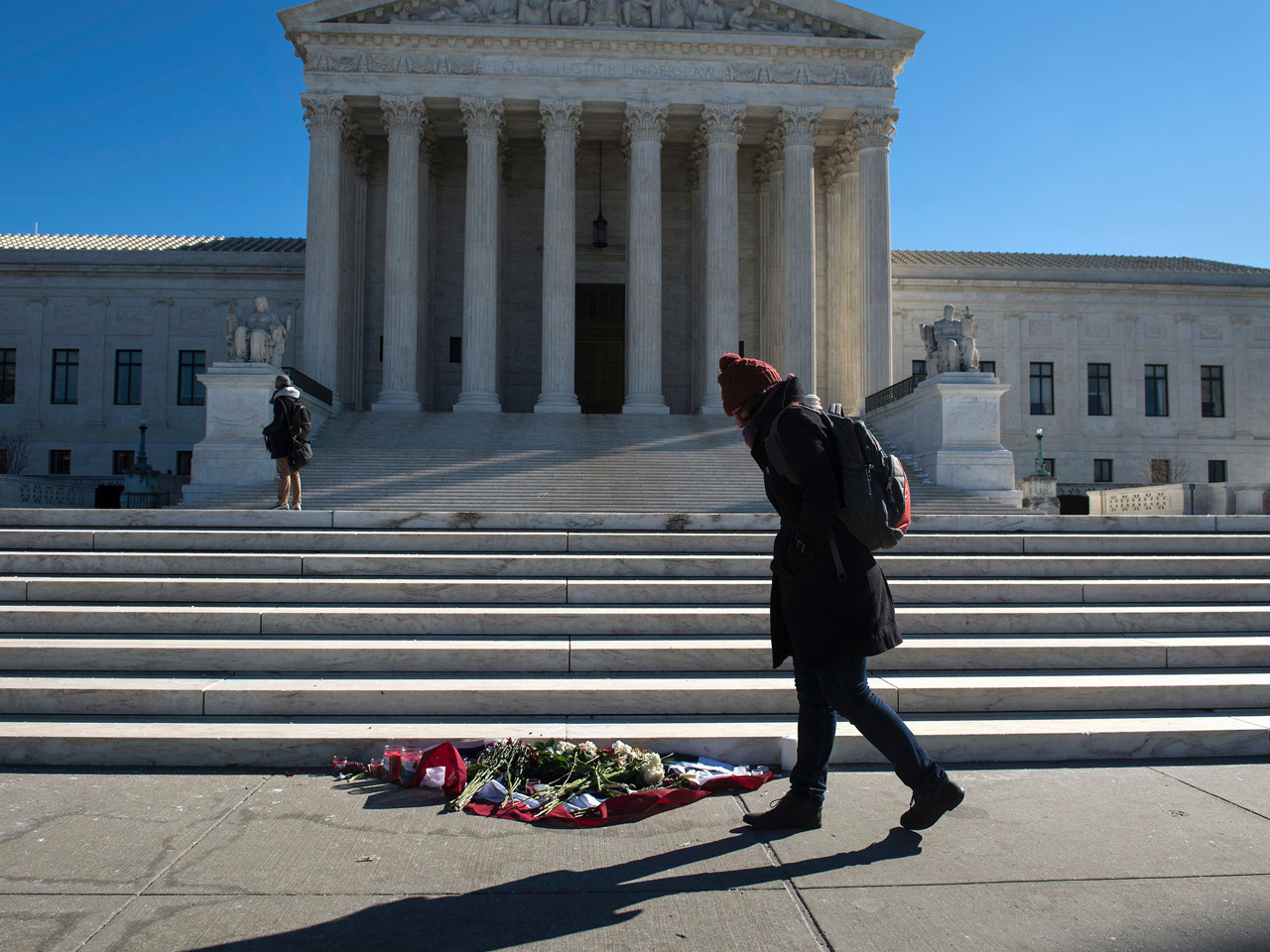 After news broke Saturday of Antonin Scalia's death, President Obama swiftly put an end to the question of whether he would nominate someone to fill Scalia's vacant seat on the Supreme Court.

"I plan to fulfill my Constitutional responsibilities to nominate a successor in due time," the president said Saturday evening, at an impromptu press conference commemorating the deceased justice. "There will be plenty of time for me to do so and for the Senate to fulfill its responsibility to give that person a fair hearing and a timely vote."

Now, the question remains: Who will the president nominate?

The White House has already promised that the president will not make the decision this week. Still, speculation over a potential pick has run rampant.

Here's a quick overview of potential names on the Supreme Court short list:

Originally appointed by Clinton to the D.C. circuit, Garland had been floated previously for a Supreme Court seat after Justice John Paul Stevens retired in 2010.

His neutral record on the bench, in particular, has earned him praise from both liberals and conservatives.

Ilya Shapiro, the editor-in-chief of the Cato Institute's "Cato Supreme Court Review," told CBS News that Garland would be "the most moderate Democratic" possibility -- and therefore the "least controversial" appointment the president could make.

Garland, at 63, falls on the older end of the age spectrum that presidents would typically choose for a Supreme Court nominee.

Like her colleague Garland, Millett has also been considered for a seat on the highest court in the past. She was confirmed to the D.C. Circuit court in 2013 with a vote of 56-38, after Senate Republicans had initially mounted a long, drawn-out filibuster to her nomination. Before that, Millett served as a partner at Akin Gump.

Millett has argued 32 cases before the Supreme Court, according to her D.C. Circuit court biography.

And a fun fact about the potential SCOTUS nominee: Millett has a second degree black belt in Tae Kwon Do.

His bipartisan resume -- clerking for Supreme Court Justice Sandra Day O'Connor (appointed under Ronald Reagan), working in George W. Bush's Justice Department, and most recently serving as principal deputy solicitor general in President Obama's DOJ -- makes Srinivasan an attractive choice to appease both liberals and conservatives. He was also approved by the Senate to the D.C. circuit court by a unanimous 97-0 vote, after an almost year-long wait from his nomination in June 2012 to his confirmation in May 2013.

If the president is looking to making history with his Supreme Court nomination, picking Srinivasan would certainly do that. The federal judge, who was born in India, would also be the first Indian American to serve on the nation's highest court.

She was confirmed with a 91-3 vote in 2012. Born in Vietnam, Nguyen would be the first Asian-American to serve on the Supreme Court.

Before graduating from UCLA's law school, Nguyen attended Occidental College for her undergraduate education -- one of President Obama's own alma maters.

In a blog post Sunday, Goldstein laid out the possible reasons Watford would be the president's logical choice, including Watford's 2012 filibuster-proof confirmation vote by the Senate, 61-34.

"Nine Republicans voted in favor of his nomination," Goldstein wrote. "That gives the Administration considerable ammunition to argue publicly that Republicans, by refusing to process the nomination, are blocking someone who is recognized to be qualified."

Goldstein also argued that the president would likely name a black nominee to provide "a counterpoint to the Court's only black Justice, the very conservative Clarence Thomas."

Harris would fit the ideal justice profile Goldstein laid out when naming Watford as his likely pick: An accomplished lawyer, Harris is half-black, half-Indian, and, at age 51, is young enough to sit for a long career on the nation's highest bench.

Harris, however, would have to make a difficult political choice if President Obama nominates her. She is also running for U.S. Senate, and is the prohibitive favorite to win her California race to replace retiring Democratic Sen. Barbara Boxer.

During a California fundraiser Harris attended in 2013, President Obama praised Harris as "by far the best-looking attorney general in the country" -- a compliment that drew some criticism. The president later apologized to Harris for his comments.

The speculation that a senator may be nominated may be nothing more than wishful thinking, however.

"Given how polarized the Congress and the Senate are I'm not sure if nominating a senator would be that much easier than a judge," Cato's Shapiro said.