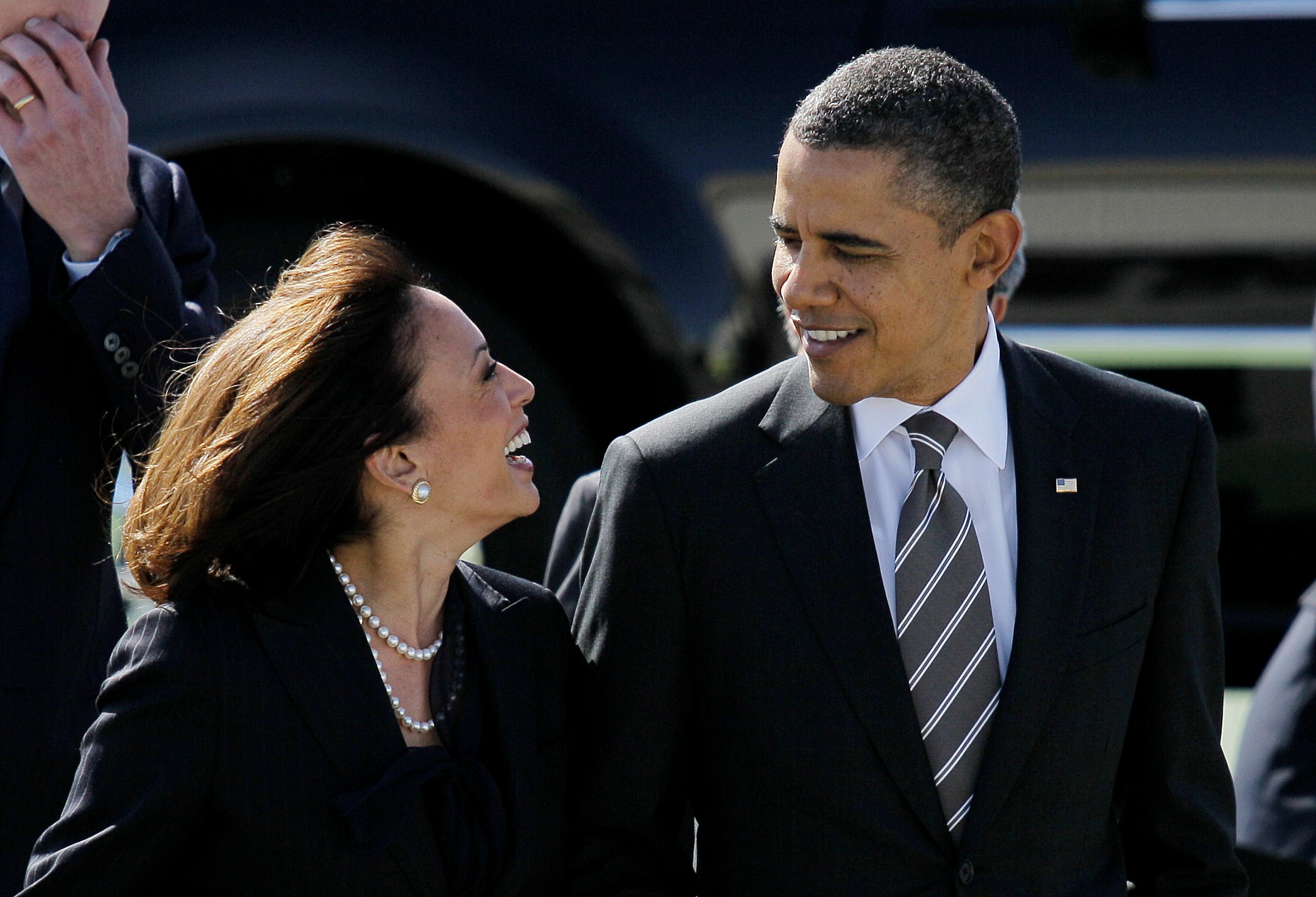 Mr. Obama and Harris are old friends, Carney said, and the president "did not want to in any way diminish the attorney general's accomplishments and her capabilities."

At a California fundraiser Thursday at which Harris was present, Mr. Obama remarked on her appearance a couple of times. "She's brilliant and she's dedicated, she's tough... She also happens to be, by far, the best looking attorney general.... It's true! C'mon," the president said, eliciting laughs from the crowd.

The remarks spurred commentary and debate on whether the comment was inapproriate or not. Some are pointing out Mr. Obama has referred not just to women, but also to men, as good looking. This, of course, is hardly the first time a male politician has raised eyebrows by remarking on a female colleague's appearance. In 2010, Senate Majority Leader Harry Reid, D-Nev., similarly took some heat when he called Sen. Kirsten Gillibrand as the "hottest member" of the Senate. .

Carney pointed out that Mr. Obama on Thursday did not just remark on Harris' looks, but also on her effectiveness as state attorney general. Mr. Obama "believes very strongly attorney general Harris is an excellent attorney general and has done great work," Carney said, citing specific accomplishments such as acting as a "key player" in the major mortgage settlement that will help homeowners.

Furthermore, Carney said, the president "fully recognizes the challenges women continue to face in the workplace and [that they] should not be judged by their appearance."