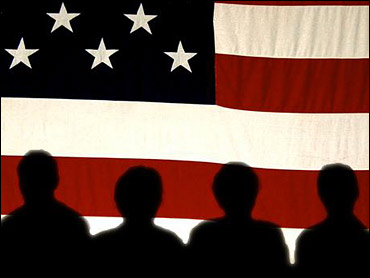 The estimated time when whites will no longer make up the majority of Americans has been pushed back eight years - to 2050 - because the recession and stricter immigration policies have slowed the flow of foreigners into the U.S.

Census Bureau projections released Wednesday update last year's prediction that white children would become a minority in 2023 and the overall white population would follow in 2042. The earlier estimate did not take into account a drop in the number of people moving into the U.S. because of the economic crisis and the immigration policies imposed after the Sept. 11, 2001, terror attacks.

Asians are expected to increase from 4.4 percent of the population to 6 percent.

The projections are based on rates for births and deaths and a scenario in which immigration continues its more recent, slower pace of adding nearly 1 million new foreigners each year.

The point when minority children become the majority is expected to have a similar delay of roughly eight years, moving from 2023 to 2031.

The actual shift in demographics will be influenced by a host of factors that can't be accurately forecast - the pace of the economic recovery, cultural changes, natural or manmade disasters, as well as an overhaul of immigration law, which may be debated in Congress as early as next year.

As a result, the Census Bureau said the projections should used mostly as a guide.

The agency also released numbers showing projections based on "high" rates of immigration - more likely if more-flexible government policies and a booming U.S. economy attract large numbers of foreigners - as well as "low" immigration, a possible scenario if U.S. policies don't change much while the economy substantially improves.

With high immigration, the minority "tipping point" is moved up to 2040, two years earlier than the previous estimate. At that time, Asians would have a much larger share, at 8 percent, since their population growth is more dependent on immigration than birth rates.

With low immigration, the "tipping point" arrives by 2045.

Under a purely theoretical "zero immigration" scenario in which the U.S. effectively does not take in any immigrants, whites would remain the majority in 2050, making up a solid 58 percent of the U.S. population. In such a case, the share of Hispanics would increase to 21 percent because of high fertility rates and a younger population.