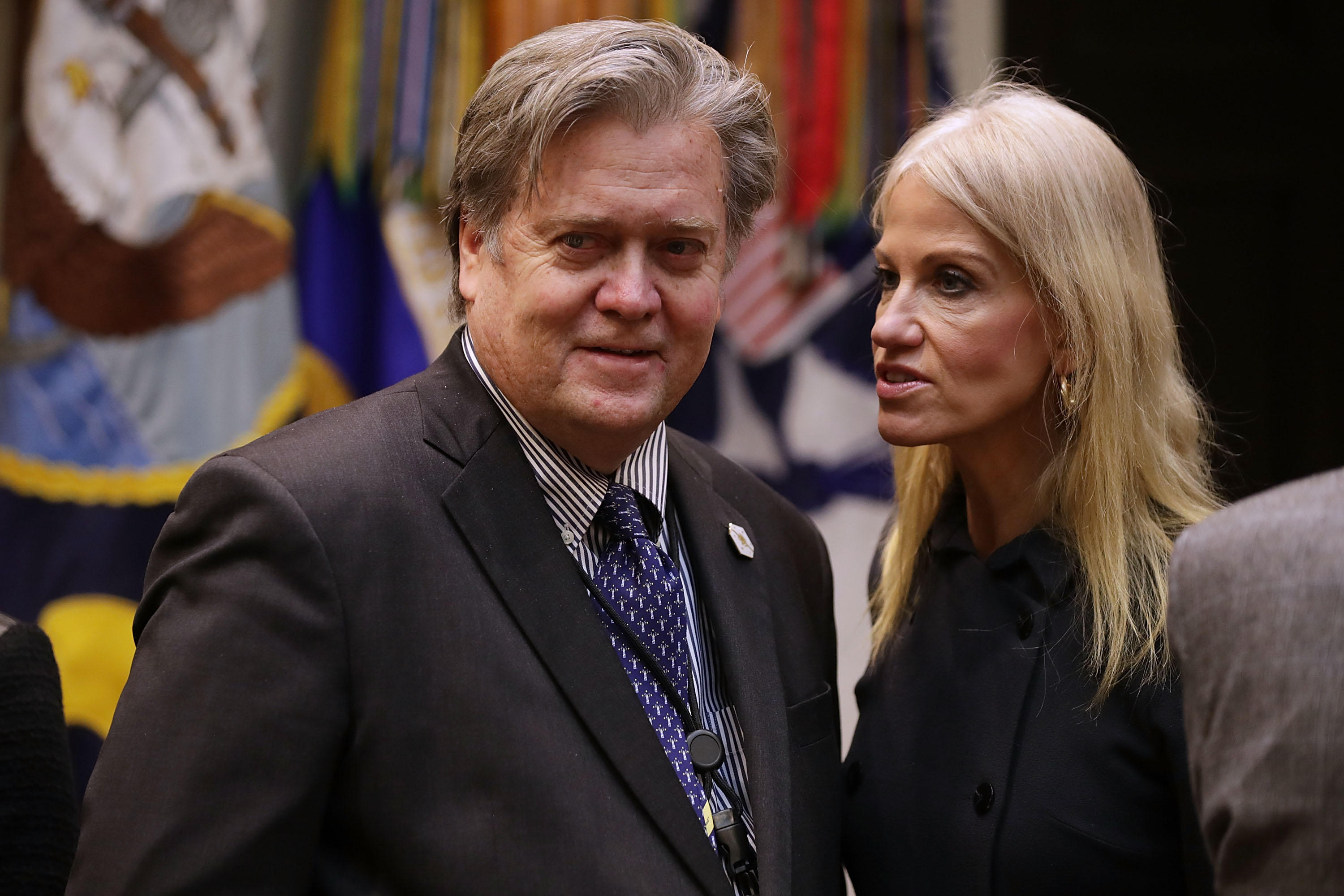 WASHINGTON -- The White House on Friday released financial disclosure forms for more than 100 or its top administration officials - a mix of people far wealthier, and therefore more entangled in businesses that could conflict with their government duties, than people in previous administrations.

White House press secretary Sean Spicer described the business people who have joined the administration as “very blessed and very successful” and said the disclosure forms will show that they have set aside “a lot” to go into public service.

The financial disclosures - required by law to be made public - give a snapshot of the employees’ finances as they entered the White House. What’s not being provided: the Office of Government Ethics agreements with those employees on what they must do to avoid potential conflicts of interest.

Those documents will never be made public, White House lawyers said, although the public will eventually have access to “certificates of divestiture” issued to employees who are seeking capital gains tax deferrals for selling off certain assets.

Financial information for members of Mr. Trump’s Cabinet who needed Senate confirmation has, in most cases, been available for weeks through the Office of Government Ethics.

The president must also file periodic financial disclosures, but he is not required to make another disclosure until next year.

Mr. Trump’s son-in-law and daughter are holding onto scores of real estate investments - part of a portfolio of at least $240 million in assets - while they serve in White House jobs, according to financial disclosures released publicly late Friday.

Jared Kushner and Ivanka Trump could be worth as much as $741 million, CBS News reports.

Jared Kushner, Mr. Trump’s senior adviser, resigned from more than 260 entities and sold off 58 businesses or investments that lawyers identified as posing potential conflicts of interest, the documents show.

But his lawyers, in consultation with the Office of Government Ethics, determined that his real estate assets, many of them in New York City, are unlikely to pose the kinds of conflicts that would trigger a need to divest.

“The remaining conflicts, from a practical perspective, are pretty narrow and very manageable,” said Jamie Gorelick, an attorney who has been working on the ethics agreements for Kushner and Ivanka Trump.

Kushner began selling off the most problematic pieces of his portfolio shortly after Mr. Trump won the election, and some of those business deals predate what is required to be captured in the financial disclosure forms. For example, Kushner sold his stake in a Manhattan skyscraper to a trust his mother oversees. Jared Kushner, Ivanka Trump and their three minor children have no financial interest in that trust, his lawyer said. The Kushner Companies, now run by Jared Kushner’s relatives, are seeking investment partners for a massive redevelopment.

He and Ivanka Trump built up companies the documents show are worth at least $50 million each and have stepped away from their businesses while in government service. Like the president himself, however, they retain a financial interest in many of them. Ivanka Trump agreed this week to become a federal employee and will file her own financial disclosure at a later date.

Jared Kushner’s disclosure shows he took on tens of millions of dollars of bank debt in 2015 and 2016, including liabilities with several international banks whose interests could come before the Trump administration.

Kellyanne Conway, who became the first female campaign manager to successfully elect a president, is, not surprisingly, a successful woman herself.

Even before being named counselor to the president, Conway was worth as much as $40 million, derived mostly from her investments and her salary at her personal political consulting firm, “the polling company/WomanTrend.”

Conway earned, through her company, slightly more than $800,000 in business income for her work in 2016. The business is worth between $1 million and $5 million, according to her disclosure statement.

Most of Conway’s assets, more than $31 million, are held in cash or money-market accounts - likely because she had to sell most of her investments before taking a job in the White House. She does still own stock in drug giant Pfizer, snack food companies Kraft Heinz and Mondelez, and tobacco companies Altria and Philip Morris. Those stock holdings are relatively minor - less than $200,000 - compared with her net worth.