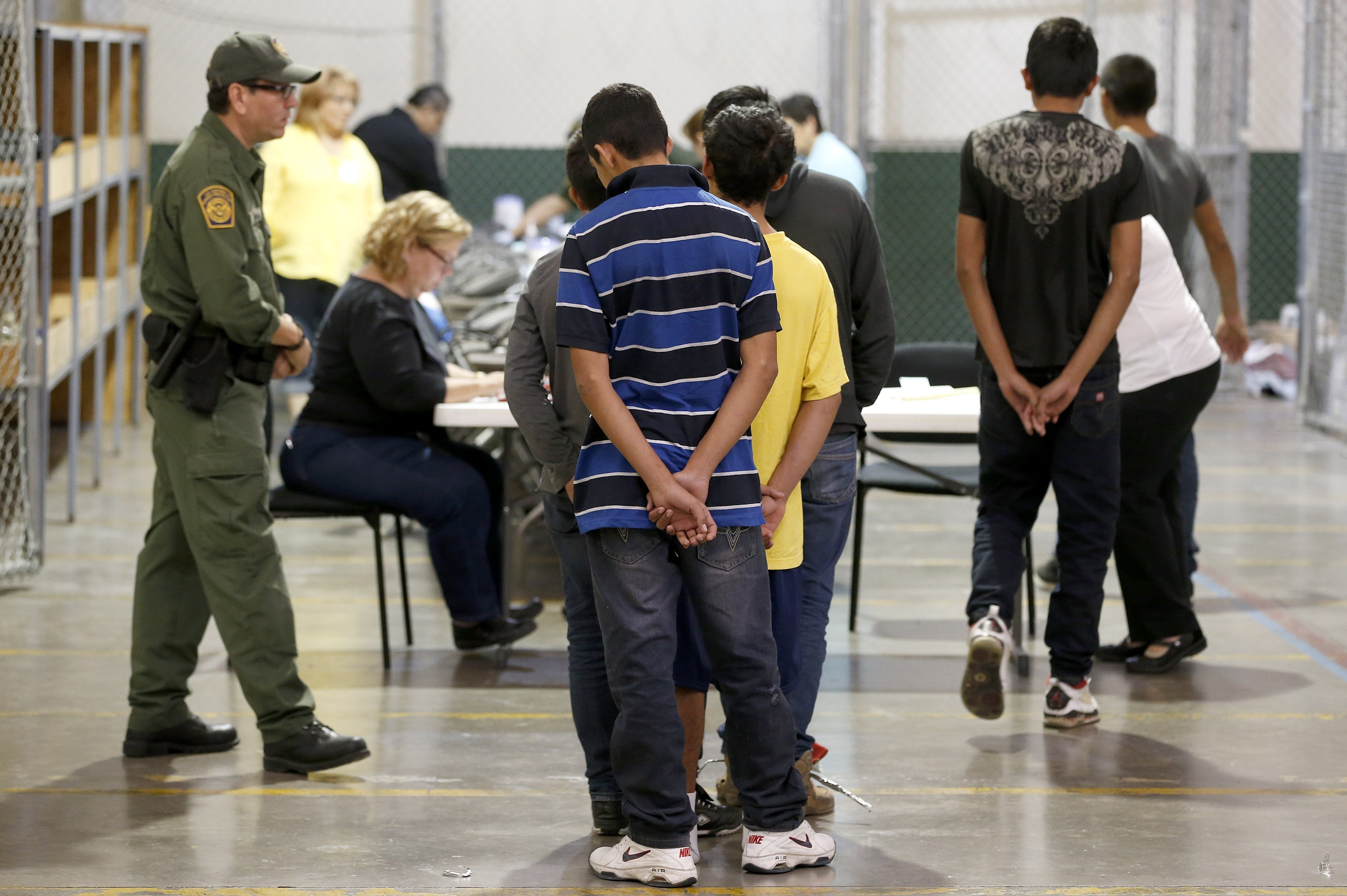 The Obama administration on Friday rolled out a plan to address the surge of unaccompanied minors attempting to cross the border into the U.S., committing to more resources to detain people who cross the border illegally, as well as more lawyers and asylum specialist to handle immigration court hearings.

The administration also intends to step up assistance to the Central American countries from which the minors are arriving. President Obama and Vice President Joe Biden this week have been in communication with Central American leaders to discuss the issue. Finally, the White House said today it is committed to making clear that neither children nor anyone else arriving at the border now are eligible for programs -- like Deferred Action for Childhood Arrivals (DACA), which Mr. Obama enacted in 2012 -- that allow certain undocumented youth to stay in the country.

"Showing up on the border illegally is not a ticket to this country," White House spokesman Josh Earnest said Friday.

Earnest added that the White House is concerned that criminal syndicates in Central America have propagated a deliberate misinformation campaign about the United States' immigration policies in order to prey on vulnerable people.

"That misinformation is causing some people who are in a rather desperate situation to risk their lives to come to the United States border expecting that they'll be able to stay in this country. That is simply not true," Earnest said.

The administration said specifically it will increase the number of judges, lawyers and asylum specialists available to handle immigrants at the border, and that detention facilities will be expanded to handle the increased number of immigrants. However, the administration did not say when or where it would add any additional facilities, nor did officials say where additional funding for personnel would come from.

"In terms of paying for it, we would want to work with members of Congress to make sure that the necessary resources are available to deal with a problem that they admit exists," Earnest said.

In addition to stepping up resources within the U.S., the government will also give Central American governments of Honduras, El Salvador and Guatemala an additional $9.6 million to help them repatriate citizens who are sent home from the U.S.

The U.S. is also launching a new, five-year $40 million U.S. Agency for International Development (USAID) program in Guatemala to improve citizen security. The program will address factors driving migration to the United States like youth involvement in gangs. Similarly, USAID will launch a five-year, $25 million crime and violence prevention program in El Salvador. In Honduras, the U.S. will provide $18.5 million to support law enforcement efforts under the Central American Regional Security Initiative (CARSI).

On Thursday, President Obama called Mexican President Enrique Peña Nieto to discuss the shared responsibility in dealing with immigrants from Central America. National Security Council official Ricardo Zuniga told reporters Friday that Nieto showed "a high level of interest in working with us to address the humanitarian nature of this phenomenon, and as well, to encourage safe, orderly and legal migration."

Meanwhile, Vice President Biden spoke by phone with Honduran President Juan Orlando Hernández on Friday while on his way to Guatemala to discuss the issue with Guatemalan President Otto Perez Molina, Salvadoran president Salvador Sanchez Ceren, and representatives from Mexico and Honduras.

U.S. leaders are also engaging with the White House on the issue. House Speaker John Boehner, R-Ohio, sent a letter to Mr. Obama on Friday, urging him to take steps such as deploying the National Guard to the southern border.

Earnest said that the administration has no plans to do that, remarking that "there are already significant enforcement resources that have been deployed to the border."