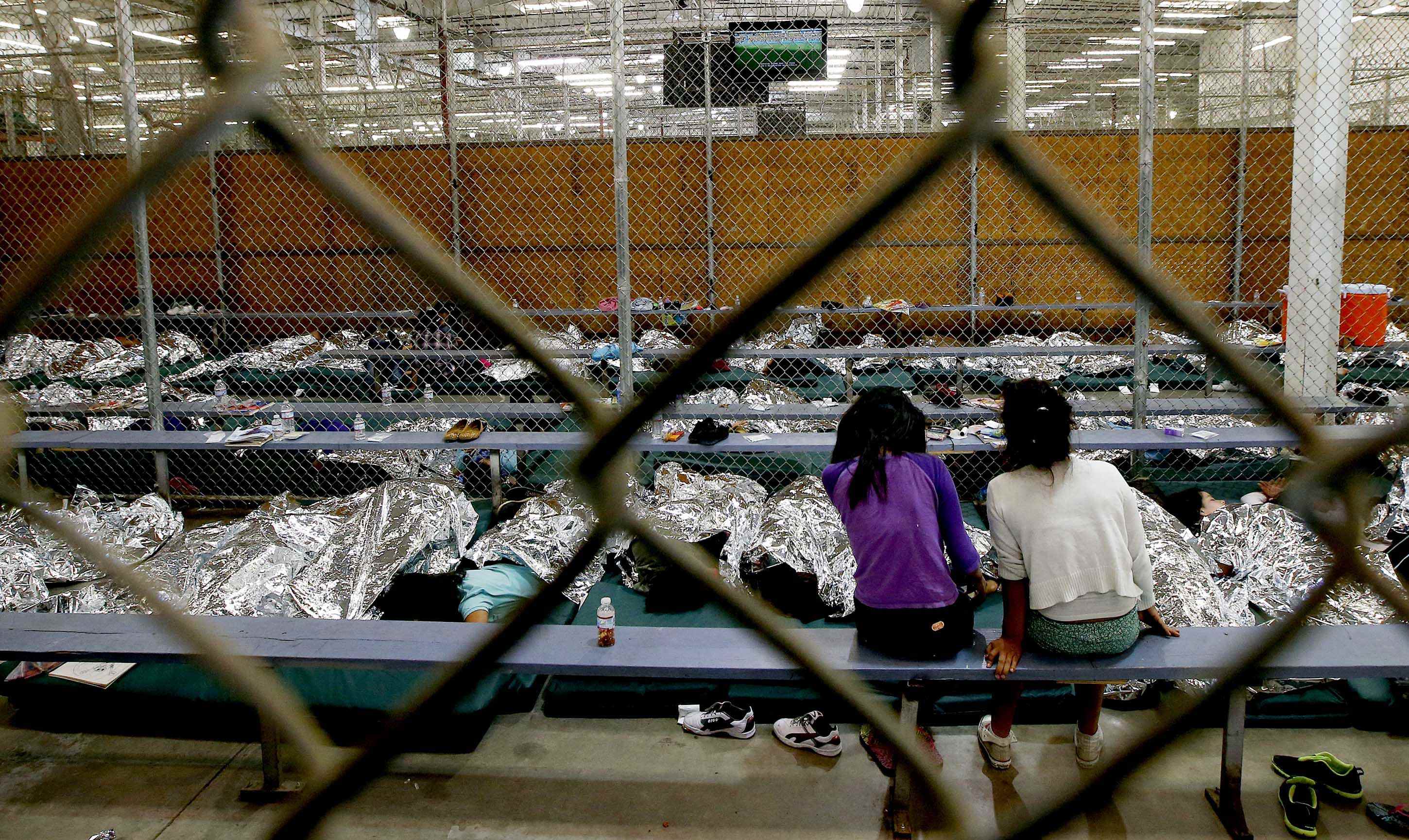 In a stark, concrete room at the Fort Brown Border Patrol Station in Brownsville, Tex., dozens of young girls sleep, crowded shoulder-to-shoulder, under American Red Cross blankets. Small milk cartons are scattered along the edge of the room. One girl, who looks to be in her early teens, holds a very young child on her lap.

These girls are among about 500 immigrants detained here - double the capacity of the station. Some are among the more than 47,000 unaccompanied minors apprehended at the southernmost border of the U.S. this year, according to U.S. Customs and Border Protection. The agency estimates that number will grow to 90,000 by the end of September.

In the next room, a group of young boys stood near an inside-facing window. One smiled and waved and another, his face pressed against the window, had tears in his eyes.

While adults are held here also, the station at Fort Brown has become one of the CBP's central facilities for unaccompanied minors. Some of the children will be transferred to other facilities by the U.S. Department of Health and Human Services but, when asked about the timing of such a move, a DHS official on site said these children are not being relocated fast enough.

CBP agents in South Texas sometimes apprehend as many as 1,400 people a day, according to Deputy Chief Patrol Agent Raul Ortiz. On a patrol outing Wednesday evening in Hidalgo County near McAllen, Tex., Ortiz encountered two groups of more than a dozen immigrants from Central America within two hours. Most were women or children and one boy, 14, was traveling unaccompanied.

"When you encounter any children, whether it's a young-aged child or a teenager, you have to treat them just a little bit differently," Ortiz said during the patrol. "Even trying to get information from them is just a little bit tougher."

Information such as where a minor is trying to go or how he or she is connected, if at all, to other immigrants in a group are important details to the agents who process detainees at area border patrol stations and facilitate transfers of minors to shelters closer to family members in the U.S.

Ortiz said the number of children -- both unaccompanied and accompanied -- crossing the border in South Texas will continue to rise.

"Our current intelligence tells us that what we see is what we're going to be dealing with for a little while," he said, "and so we're continuing to prepare and to bring in additional resources to help us with this."

Texas leaders who said there was a lack of federal resources on the Texas-Mexico border ordered late Wednesday a surge operation by the state's Department of Public Safety. The order, signed by Texas Gov. Rick Perry, Lt. Gov. David Dewhurst and state House Speaker Joe Straus, authorizes "all existing appropriated funds" to go toward increasing law enforcement in border counties, like the one that Ortiz was patrolling.

The order specifically mentions an increase in the number of unaccompanied minors apprehended in the Rio Grande Valley, noting that it creates "the potential for increased drug trafficking and human smuggling."

"Texas can't afford to wait for Washington to act on this crisis, and we will not sit idly by while the safety and security of our citizens are threatened," Perry said in a statement. "Until the federal government recognizes the danger it's putting our citizens in by its inaction to secure the border, Texas law enforcement must do everything they can to keep our citizens and communities safe."