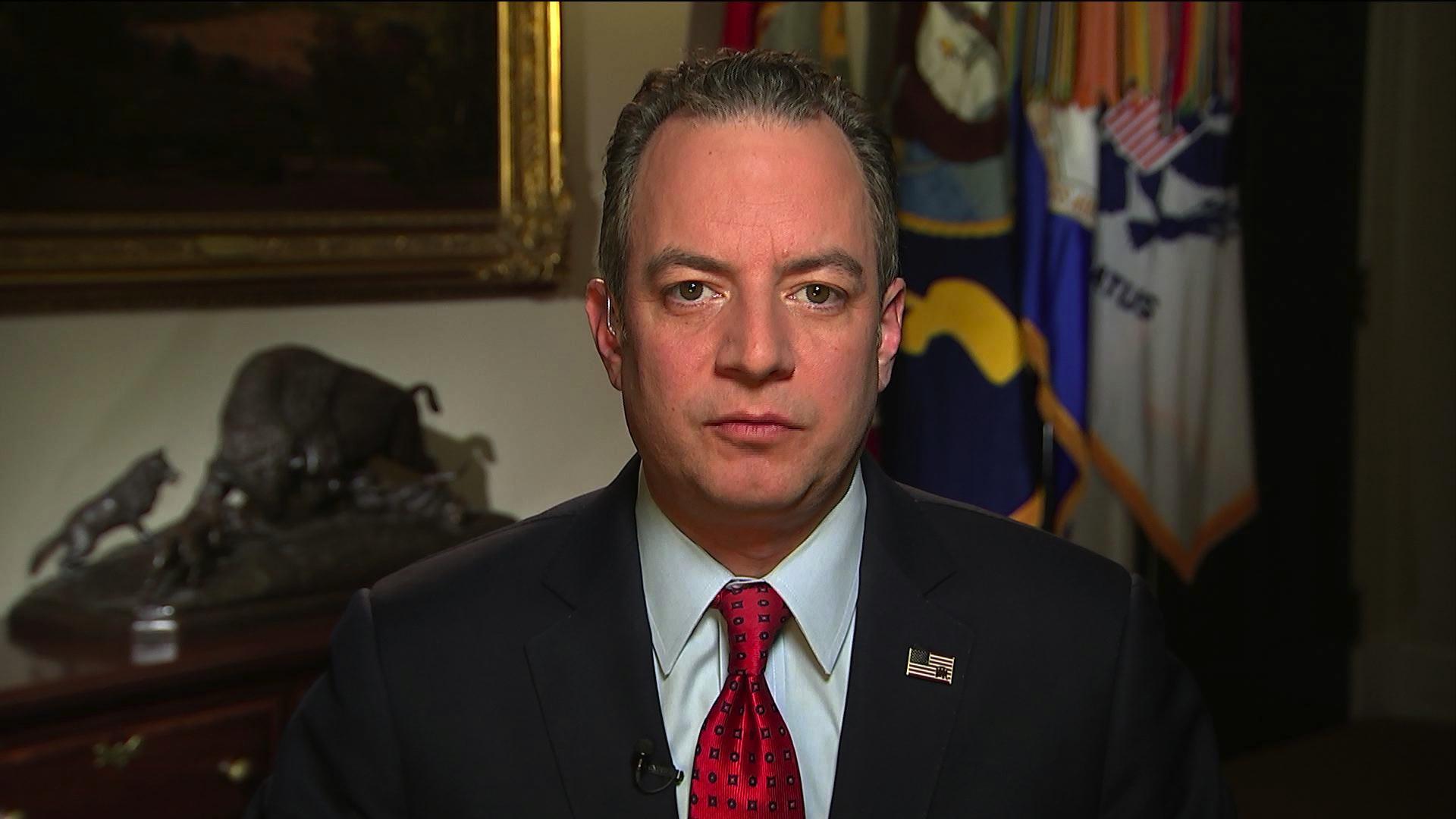 Since Mr. Trump signed the executive order on Friday, he’s come under heavy criticism from foreign leaders and U.S. elected officials alike. As visa holders from the affected countries landed at U.S. airports and were detained this weekend, thousands of people protested outside airports like New York’s John F. Kennedy Airport and Dulles Airport in the Washington, D.C. area.

“You can point to other countries that have similar problems like Pakistan and others -- perhaps we need to take it further,” he said. “But for now, immediate steps, pulling the Band-Aid off, is to do further vetting for people traveling in and out of those countries.”

Priebus reiterated that Mr. Trump is merely following through on his campaign promises, and that he’s “not willing to be wrong” on the issue of immigration.

“This was a promise that President Trump had made and it’s a promise that he’s going to keep,” “And he’s not willing to be wrong on this subject -- we need to do our best to be vigilant and protect Americans.”

He defended the fact that the order has meant valid green card holders, not just regular visa holders, have been detained as well, saying Customs and Border Patrol has always had “wide discretion” in asking questions of people entering the country.

“The point is, though, valid visas are great but it doesn’t mean you shouldn’t be subjected to further questioning,” he said. “That’s all I’m saying.”

Asked repeatedly whether the Trump administration consulted with or notified the U.S.’ Arab allies before signing the order, Priebus wouldn’t answer -- but said that notifying too many people beforehand would have tipped off potential terrorists and allowed them to get into the country before the deadline.

“We’re not going to advertise to the world that we’re going to put a stop or at least further vetting on travel in and out of our country from these seven places,” he said. “Some people have suggested ... that maybe we should have given everyone a three-day warning -- well, that would just mean that a terrorist would move up their travel by three days.”

Priebus said Mr. Trump’s hour-long phone conversation with Russian President Vladimir Putin on Saturday was a “positive call,” but declined to say whether the two men discussed Russian interference in the 2016 election.

“I’m not going to get into the contents line by line,” he said. “...It was an initial call, it was more of a congratulatory call … in the end, people should be encouraged by the fact that we’re starting off on a decent footing with leaders around the world, including President Putin.”

As for the wall along the U.S.-Mexico border, which Mr. Trump authorized in another executive order last week, Priebus said there is “no final conclusion” about how the wall will be paid for.

“It can either be through a tax on goods coming across the border, it could be through tax reform and a formula on import and export taxes and credits, it could be on drug cartels and it could be on people that are coming here illegally and paying fines,” he said. “Or it could be, you know, all of the above. There e is a buffet of options that we have in order to pay for this wall.”